Most of what’s in here is brand new; a few of songs are simply new to me. Once again, because this collection is so overstuffed, I’m presenting what I found with a minimum of commentary… in alphabetical order by band name.

Abscession are a trio from Linköping, Sweden. Their debut album Grave Offerings will be launched by Final Gate Records in February. The album was mastered by the great Dan Swanö (Edge of Sanity, Bloodbath, etc) at his Unisound Studio, and the fantastic cover art was created by the Mattias Frisk of Vanhelgd, who has also created artwork for bands such as Ghost, Miasmal, and King of Asgard.

Okay, so all of that info is a very good start, but what does the music sound like? It sounds fucking awesome. Hear for yourselves — this is an advance track named “Where Sleeping Gods Dwell” (it’s been available since November, but I missed it until yesterday):

Earlier this month we had the pleasure of premiering (here) a new song by an excellent Greek duo who call themselves Aetherian, and this morning they began streaming a second one named “For Those About To Fall”. Both songs will appear on a forthcoming debut EP entitled Tales of Our Times that will include three other brand new songs in addition to these two. The beautiful cover art (above) was created by Remedy Art Design.

I really like what this band are doing. Check out the new song here: 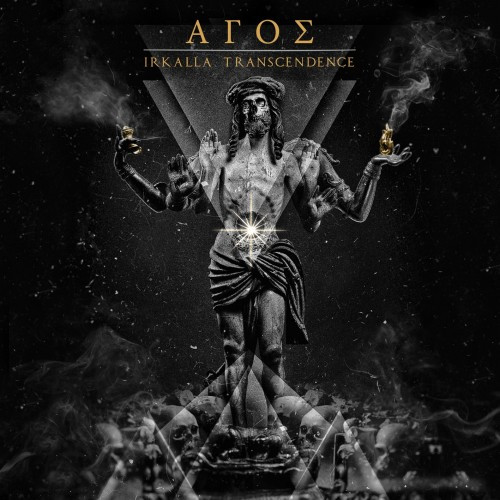 Agos are another band from Greece, and they were recommended to me by KevinP, who is currently of the mindset that Greek bands can do no wrong. And I must say that it’s very difficult to disagree. On January 21, III-Damnation Productions released for streaming the second track from the forthcoming Agos EP Irkalla Transcendence, which is set for release on January 30. It kills. Listen to it below. 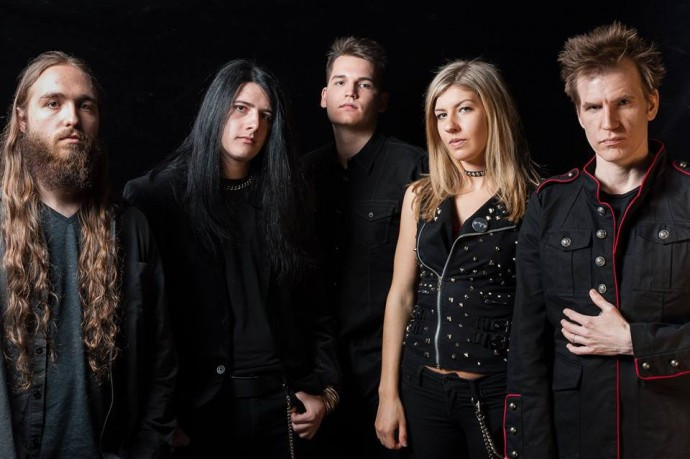 Two days ago Sweden’s Armageddon premiered a video for the song “Fugitive Dust” from their excellent comeback album Captivity & Devourment. It’s out now on Listenable Records.

The video was produced by Perfectly Wrong Pictures, the band footage was shot in Brooklyn, New York, and the outdoor scenes were filmed on the west coast of Sweden. As my colleague DGR said, the song is a somewhat surprising choice for a video, because it’s a bass-guitar-driven track, it’s one of the few on the album that really sounds like an Arch Enemy song, and the video features the vocalist who’s no longer with the band (or at least that’s DGR’s guess). But the song, like the album, is strong. 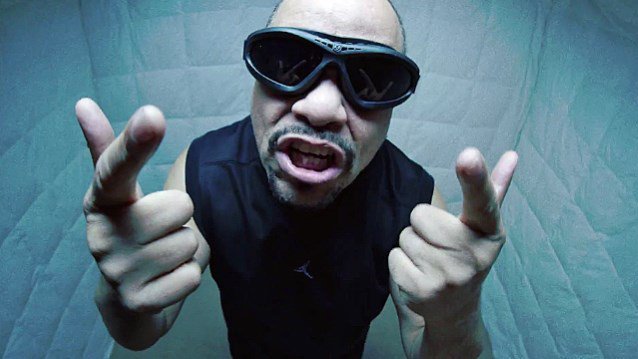 Okay motherfuckers, it’s time to watch Ice-T get mental. Here’s a new Body Count video that’s fuckin’ hilarious. “Institutionalized” is a cover version of the Suicidal Tendencies song (well, sort of) and it appears on the band’s 2014 comeback album, Manslaughter. 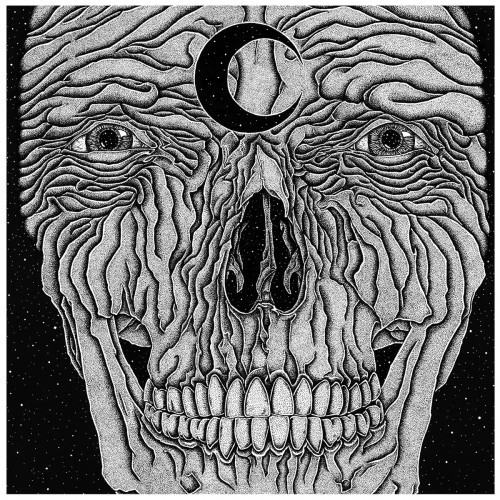 CALL OF THE VOID

Yesterday Relapse Records premiered a new song named “Ageless” from the album Ageless by Colorado’s Call of the Void. The album is coming out on February 10 (N.America), February 6 (Germany/Benelux), and February 9 (UK/World). It can be ordered here. Digging this new song… two more are streaming at Bandcamp. 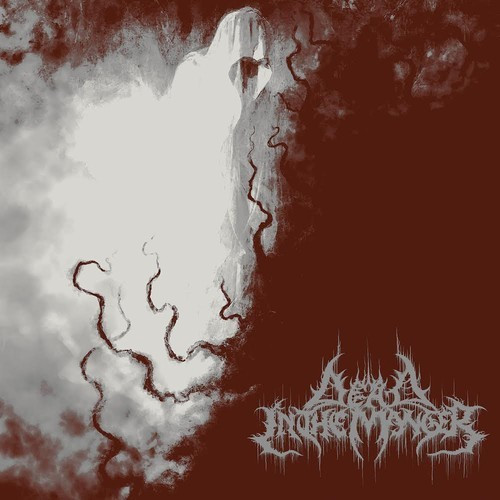 DEAD IN THE MANGER

Dead In the Manger have recorded a debut album named Cessation that 20 Buck Spin will release on February 3. It’s really, really good. One of the songs premiered in December at Noisey. A second one premiered yesterday at DECIBEL via a music video made by David Hall. This song is entitled “II”.

Especially because David Hall had no contact with the band and nothing to go on beyond the song itself, the song and album titles, and the artwork, the video is very cool and a good marriage with the song. 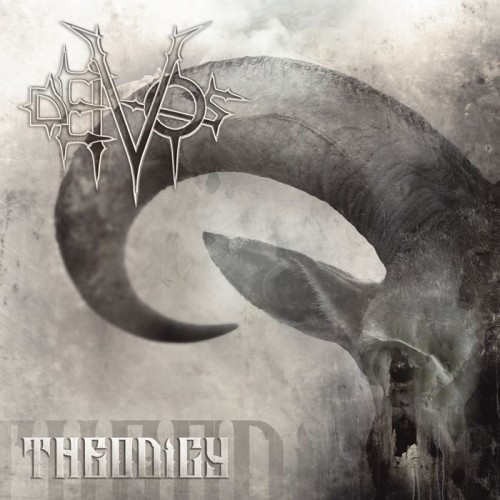 Poland’s Deivos have a new a new full-length entitled Theodicy that will be released on February 15 by Selfmadegod Records, with cover art created by Pastor Xisaq Graphics. We featured one advance track here, and yesterday Heavy Blog Is Heavy premiered a second one — “El Shaddai”. Definitely worth hearing — and go here to do that: 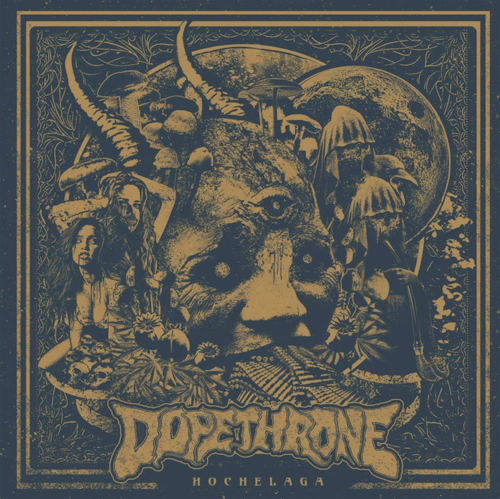 Montréal-based Dopethrone have a new album named Hochelaga that’s scheduled for vinyl and digital release on April 13 via Totem Cat Records. A short trailer came out a couple days ago. Here it is: 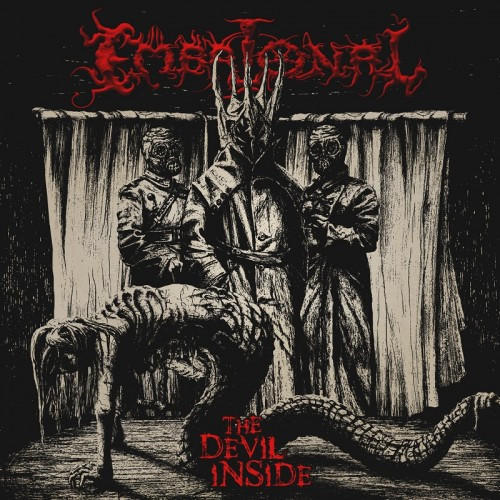 Yesterday the excellent Polish death metal band Embrional premiered a new song off their upcoming second full-length album The Devil Inside, which is due for release on February 28 via Old Temple (CD), with the vinyl and tape versions following in early spring through Hellthrasher Productions and Third Eye Temple / Godz Ov War Productions, respectively. The album artwork was also revealed; as you can see, it’s very nice. 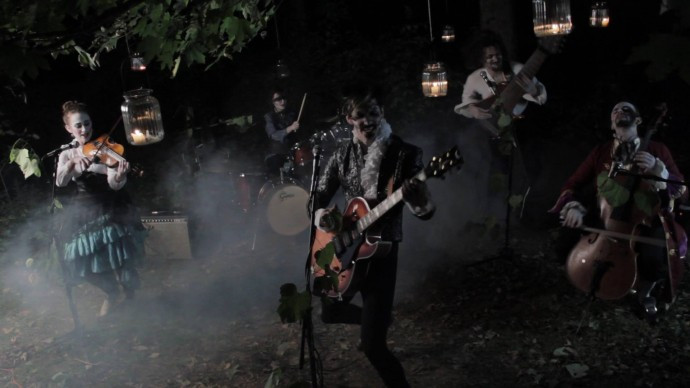 This next video is one of the few items in this past that isn’t new; it came out last October. It was recommended to me by Austin Weber. Many of you probably won’t like it — it’s pretty far off our usual beaten paths. I didn’t like it much at the beginning myself, but I was certainly drawn in.

The song grew on me as it evolved, and now it’s stuck in my head. Bear in mind that you have to wait until the end of the high-quality video to truly understand the meaning of the song’s title — “Fancy Dancing”.

The band is Nashville’s Fable Cry; the song is a single that’s available now on Bandcamp. 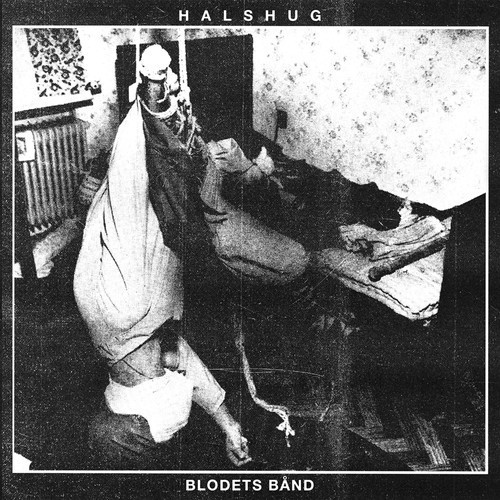 Halshug (“decapitate”) are from Denmark. Their new album Blodets Bånd will be released by Southern Lord on February 23. Yesterday CVLT Nation and Terrorizer premiered one of the new songs, an ass-kicking piece of hardcore crust punk called “Total Destruktion”. Listen here (the band’s Facebook page is linked below as well): 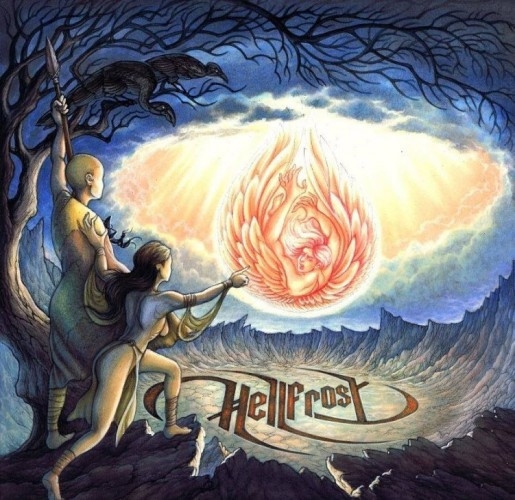 Hellfrost are a blackened death metal outfit from Naples, Florida. Last July they released a music video for a track called “Blessings From the Crone”, and they wrote me about it yesterday. And I checked it out. The video has an old school DIY quality, but the song lit me up — so much so that I think you should hear it, too.

I’m not sure if the song is available for download; it appears the band are at work on a debut album. 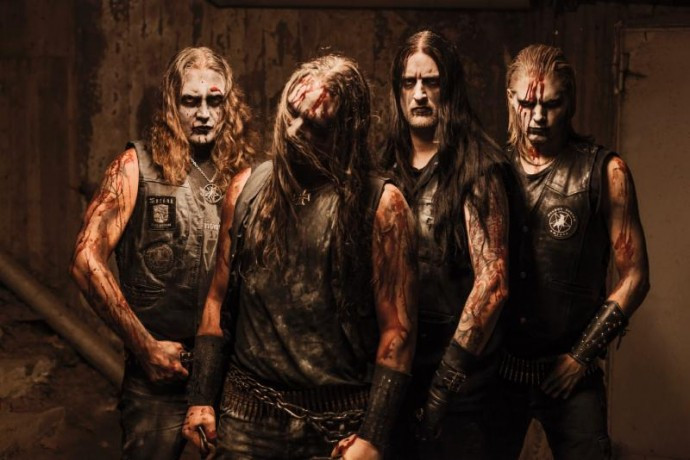 I don’t think Marduk need any introduction. Here’s a new video for the title track of their new album Frontschwein, which premiered two days ago: 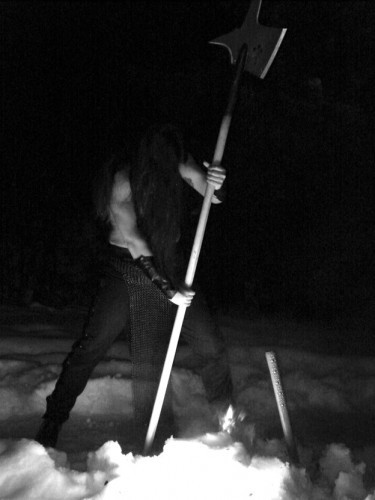 Nocternity are a long-running black metal band from Greece. Eleven years after their last full-length, Iron Bonehead Productions will be releasing a new Nocternity album named Harps of the Ancient Temples. It will be a double-LP and release is projected for April. Yesterday the label put up the title track for streaming. Listen to this slow-motion, hypnotic piece of black mysticism (and wait for the extended guitar solo): 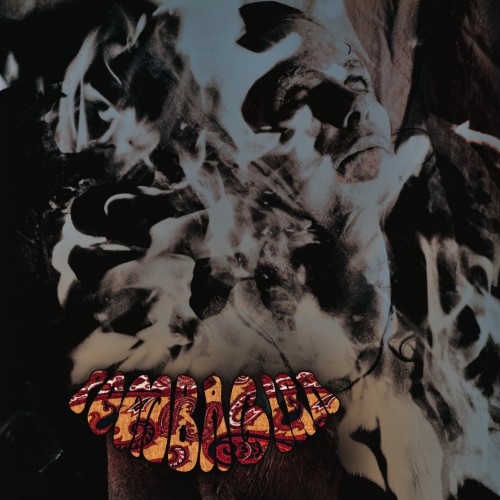 Until yesterday I was unfamiliar with Pombagira. They’re from London and their sixth album Flesh Throne Press will be released by Svart Records on March 27 — it’s an 80-minute, double-LP. The long title track became available for streaming yesterday, and I fell deep down into it. It’s a crawling, entrancing offering of heavy, narcotic doom with ghostly vocals. 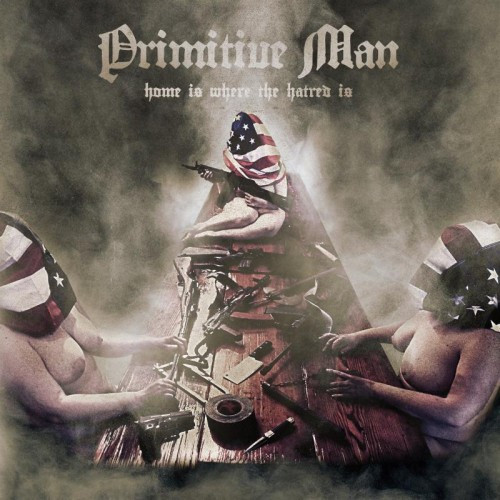 Next month Relapse Records will release a 12″ EP by Colorado-based Primitive Man — though it’s a thirty-one minute EP, broken into four tracks. The title is Home Is Where the Hatred Is. The opening track “Loathe” premiered yesterday. It’s a monster. 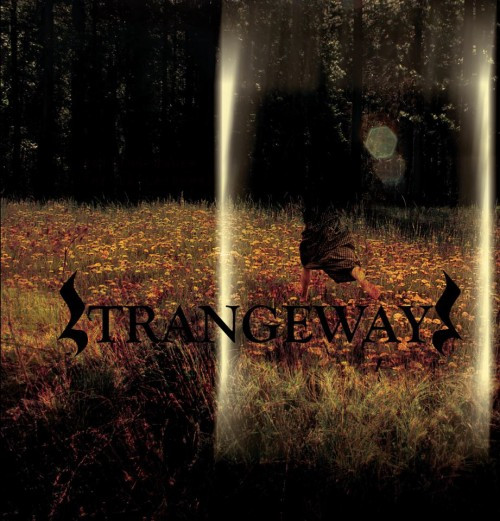 This is the third offering of music in this enormous round-up that isn’t exactly new, but it’s new to me. The band are from Israel and their name is Strangeways. That’s an apt name because the music definitely follows its own strange path, not really like anything I’ve heard before — I guess you could call it experimental black metal.

I’ve only listened to the first two songs from the band’s 2013 debut album, Rotting Under the La La Bombs, but I’ve decided I like both of them, even though they knocked me off-balance at first. Here they are (the entire album is now on Bandcamp):

This definitely falls into the category of “last but not least”.

Seattle’s Theories have recently been signed to Metal Blade, who will be releasing their debut album Regression on March 24. It was recorded at The Red Room and The Boiler Room with producer/engineer Derek Moree (The Sword, Pelican, Minus The Bear, etc.) and it was mixed and mastered by Visceral Sound’s Scott Hull (Pig Destroyer, Agoraphobic Nosebleed).

A couple days ago Metal Blade began streaming the album’s first advance track, “Cycle of Decay”. It’s a death/grind/thrash marauder that’s got as many hooks in it as it does heavy munitions. If you like what you hear, pre-order options are available at this location.

10 Responses to “SEEN AND HEARD: TOO DAMNED MANY NAMES TO LIST (AGAIN)”