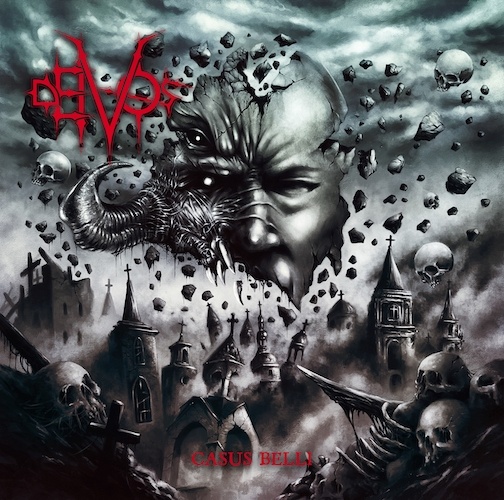 I have had a soft spot in my heart for Deivos for a very long time — though I also have some soft spots in my head as a result of these Polish destroyers caving it in every time they come out with another album. The new one is no exception, though they again demonstrate that brute-force trauma is only one of the impacts that their music leaves upon the listener.

In fact, their formulation of death metal is just enough outside the mainstream savagery of what you usually find (and is so well-executed) to make them distinctive, although perhaps their resistance to “fitting in” with trends is a reason why (in my opinion) they haven’t gotten nearly enough recognition despite plying their craft for 20 years and creating a discography that’s now six albums deep.

The new full-length is Casus Belli, and the Polish label Selfmadegod Records will be releasing it on November 29th. If you’re looking for something to be thankful for on this day before Thanksgiving, the full album stream we’re about to present should amply satisfy your search. END_OF_DOCUMENT_TOKEN_TO_BE_REPLACED

What a welcome return this is. The Polish death metal destroyers Deivos have a sixth album named Casus Belli that’s headed in our direction via Selfmadegod Records, with a November 29 release date. The first advance track, “Ataraxy“, is what I’ve picked to launch this round-up. END_OF_DOCUMENT_TOKEN_TO_BE_REPLACED 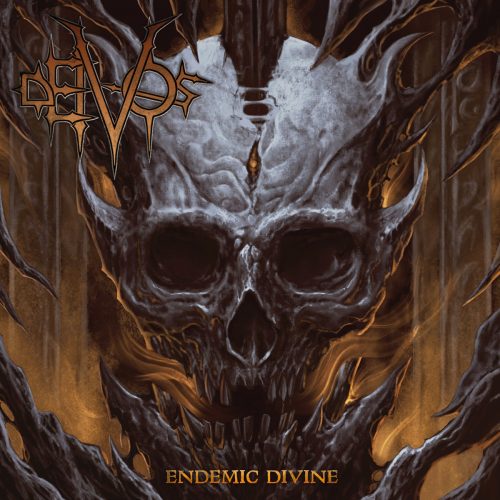 (TheMadIsraeli returns with another blast of fast recommendations, with music streams that will let you take the full plunge.)

Welcome back to rapid fire recommendations where I throw brief reviews or recommendations of albums that would have been reviewed already if we hadn’t been drowning in the metallic avalanche of 2017.

The Spell snuck up on me. I learned about it yesterday through an e-mail from Nuclear Blast Records that included a link to the lyric video you’re about to see. Like virtually everything else I’ve heard from Mantar, it exploded my brain. END_OF_DOCUMENT_TOKEN_TO_BE_REPLACED

The first item is a NSFW video for a song called “Reptilian” from Necrobreed, the new album by the French gore-grind terrorists in Benighted, due for release by Season of Mist on February 24, 2017. I have two pieces of advice for you: First, listen to the song without watching the video, at least for the first listen. Otherwise you’ll have trouble paying attention to the music. Second, don’t watch the video on a full stomach; it will disrupt your digestion. END_OF_DOCUMENT_TOKEN_TO_BE_REPLACED

It’s part of the label’s celebration of its 25th year in business, and it includes more than 180 tracks, one from almost every band that has released an album or EP on Relapse since 1990. The sampler can be streamed and downloaded via Bandcamp at this location: END_OF_DOCUMENT_TOKEN_TO_BE_REPLACED

Most of what’s in here is brand new; a few of songs are simply new to me. Once again, because this collection is so overstuffed, I’m presenting what I found with a minimum of commentary… in alphabetical order by band name. END_OF_DOCUMENT_TOKEN_TO_BE_REPLACED 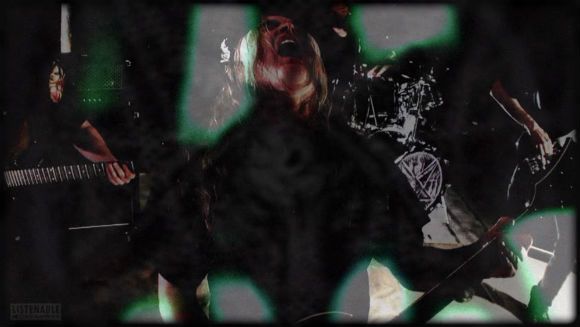 The net connection wasn’t good enough to stream anything on the flight, so I just made a list, and now I’m going through it. There’s sooo much worth writing about that I’m breaking this round-up into multiple parts that I’ll spit out in pieces today and tomorrow. (I missed an installment of the Most Infectious Song list yesterday, but I’ll get back on track with that today, too.) END_OF_DOCUMENT_TOKEN_TO_BE_REPLACED 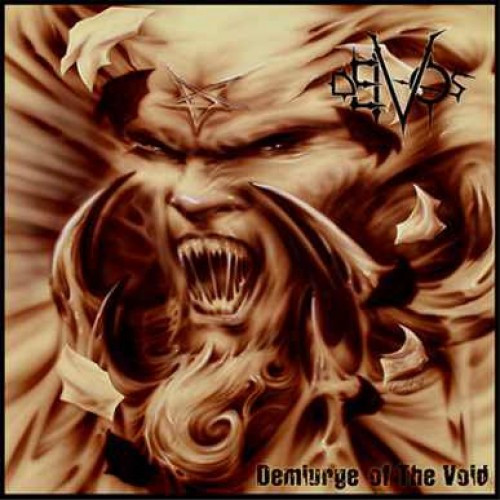 This is Part 11 of our list of the most infectious extreme metal songs released this year. Each day until the list is finished, I’m posting two songs that made the cut. For more details about what this list is all about and how it was compiled, read the Introduction via this link. To see the selections that preceded this one, click the Category link on the right side of the page called MOST INFECTIOUS SONGS-2011.

In yesterday’s Part 10 of this list, we veered off our usual, heavily beaten path with two slow, doomy songs that were as beautiful as they were dark and featured almost entirely clean singing. Today, we’re back on path — straight down the fuckin’ middle of it. This installment of the series could be called the “rip hell” edition, because that’s what both songs do — they’ll rip the bloody hell out of your head, leaving a spurting neck stump — and a smile on what remains of your face.

The 2011 Unique Leader release by this Polish band only made one of the many year-end album lists we’ve posted over the last month — the one from Johan Huldtgren (Obitus), but there would have been a second appearance if I hadn’t been too lazy to create one of my own, because it made a lasting impression. To borrow from my review of Demiurge of the Void in October:

“The music — all of it — is a jet stream of head-whipping fury. . . . [T]he pattern consists of this: Brutally fast, razor-sharp, blood-spattering riffage, blasting with the heat of an acetylene torch, segmented into massive slamming beats that deliver a physical jolt. Tempos that unpredictably stagger a step forward or a step back or just plain stomp on your neck, just to prevent you from getting too comfortable. Drums that follow a near-inhuman pace, a percussive holocaust designed to provoke a non-stop adrenaline rush. Diseased guitar solos that either moan sickeningly in the background of the aural torrent or slither forward out of the chaos, like a serpentine creature trying to escape the maelstrom. Bestial barking vocals that well up from a deep, dark place.” END_OF_DOCUMENT_TOKEN_TO_BE_REPLACED 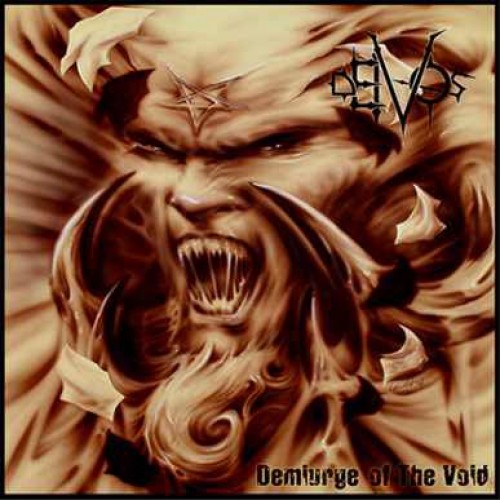 In olden times, before I largely gave up trying to explain the appeal of extreme metal to my non-metalhead friends, I’d refer to the high energy, the explosiveness, the barely submerged aura of danger lurking beneath the surface, the sense of abandon and release that comes from listening. Usually, what I had in mind were various forms of turbo-charged death metal, both melodic and near-atonal, the kind that unleashes a blizzard of down-tuned guitar chords, machine-gun drum assaults, and inhuman roars in place of what conventionally passes for singing.

I’ve been thinking about those sentiments as I’ve listened to the new album from Poland’s Deivos, even though I rarely bother to explain myself to the uninitiated any more. What Deivos delivers is the kind of death metal that should appeal hugely to fans of bands like Decapitated and Origin — and I’m certainly one of those. The music — all of it — is a jet stream of head-whipping fury. You’d have to listen long and hard to the individual songs on the album to distinguish them in your mind after you finish listening, because they follow a very similar pattern. But the pattern is so damned appealing that, at least for me, this is a minor quibble.

And the pattern consists of this: Brutally fast, razor-sharp, blood-spattering riffage, blasting with the heat of an acetylene torch, segmented into massive slamming beats that deliver a physical jolt. Tempos that unpredictably stagger a step forward or a step back or just plain stomp on your neck, just to prevent you from getting too comfortable. Drums that follow a near-inhuman pace, a percussive holocaust designed to provoke a non-stop adrenaline rush.  (more after the jump . . .) END_OF_DOCUMENT_TOKEN_TO_BE_REPLACED