What a welcome return this is. The Polish death metal destroyers Deivos have a sixth album named Casus Belli that’s headed in our direction via Selfmadegod Records, with a November 29 release date. The first advance track, “Ataraxy“, is what I’ve picked to launch this round-up. 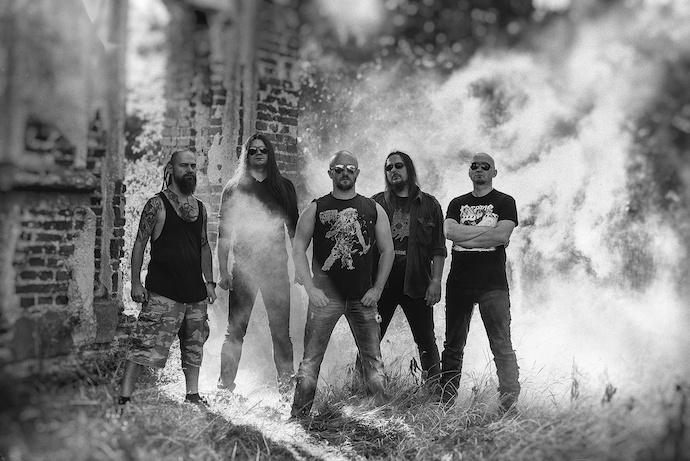 The lead-in of the song is heavy and bruising, and you can also feel that it’s building up to something. When the release comes it’s a battering, jolting, mauling dose of turbocharged savagery with a quintet of hellishly great, totally freaked-out solos that will kick-start your heart (and a dose of bleak melody slithering through the thundering at the end). Awesome vocal barbarism too. 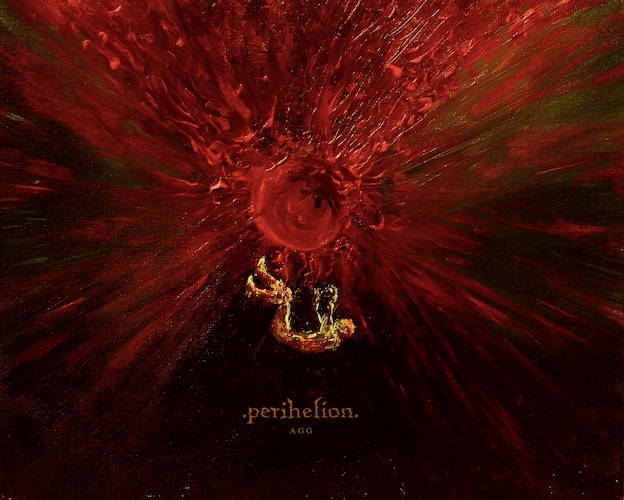 In the last round-up I sang the praises of the singing of Gyula Vasvári on the new album by Thy Catafalque. Of course, this Hungarian treasure has his own band, Perihelion, and it happens that Perihelion also has a new album coming out this year. Entitled Agg (which apparently means “very very old” in archaic Hungarian), it’s described as “a concept album about escapism” — the escape offered by death — and it will be released on December 6th.

The first single from the album, “Erdő“, was presented not long ago through an eye-catching music video by Matière Noire. You’ll hear a steady beat, swaths of chiming guitars, intensifying sound, and that voice, spanning the octaves. You’ll see bodies slowly coming awake… and ultimately writhing.

P.S. The style of the great cover art rings a bell, but I haven’t yet confirmed my guess about the artist. I’ll update this once I have. 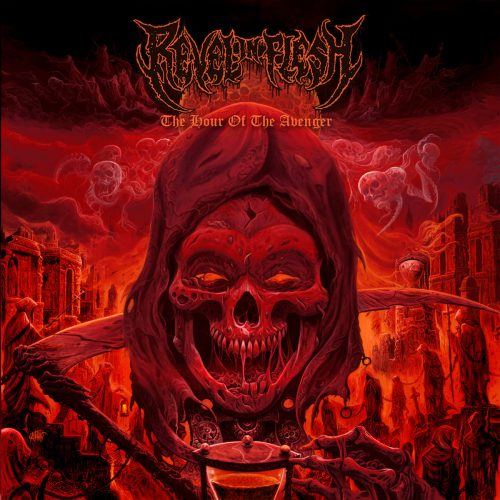 Like the first two bands in this collection, Germany’s Revel In Flesh is another one whose imminent return is another very welcome event. That return takes the form of their fifth full-length, The Hour Of The Avenger. It will be released on December 6 via the band’s new label, War Anthem Records, and I can’t resist mentioning that it was mastered by Dan Swanö at Unisound and features the cover artwork of one of my favorites, Juanjo Castellano.

The first music from the album, unveiled last week, is “Blood Oath“, accompanied by the lyric video you’ll find below. Prepare your tender ears for heavyweight HM-2 powered crushing, and a dismal yet searing lead that gets its hooks in really fast, as well as scorching vocal viciousness. This is mostly red meat for a loose-necked headbanger, except when its staggering ahead and shaking the earth like a mortally wounded brontosaurus, and then it’s pure doomed desolation. Some excellent soloing in this one too, on the eerie side.

OSI AND THE JUPITER

I think you would not guess from the music of Osi and the Jupiter that its members, vocalist/multi-instrumentalist Sean Kratz and his cellist bandmate Kakophonix (Chris Brown), are from Ohio, but they are. One might guess from their brand of pagan folk music that they hail instead from cold Scandinavian climes, with folk traditions that are far older than what’s to be found in the Rust Belt. Further misdirections about the band’s location are provided by the name of their new album (Nordlige Rúnaskog) and the title of the song below (“Fjörgyn“).

As for the music, it’s hauntingly beautiful, with Kakophonix playing the central role over a backdrop of shining synths, dark low-frequency droning, and eventually booming percussion that will get your head going. Completely mesmerizing (and heart-breaking music) that seems vast and panoramic, with an almost primeval and mystical quality that hearkens back to a distant age.

Nordlige Rúnaskog is set for North American release on November 29th via Eisenwald. 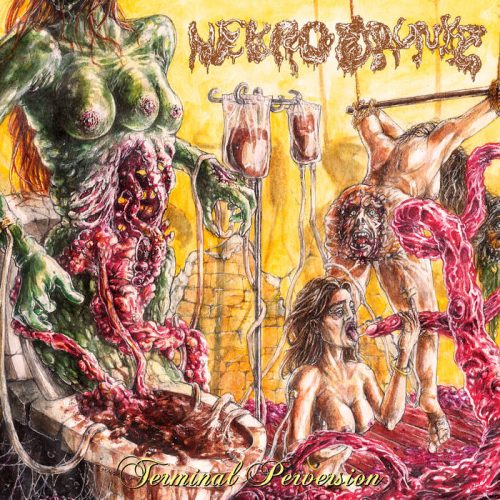 If you haven’t gotten whiplash yet from the bouncing back and forth in today’s collection, you definitely will now. Juxtaposing Nekro Drunkz with Osi and the Jupiter is like getting rear-ended by a semi-truck while you’re parked at a stop-light.

These miscreants are from Portland, Oregon, and their fourth expulsion of death/grinding sleeze is named Terminal Perversion. It’s due for release on November 5th by Headsplit Records in the U.S. (CD/Cassette) and by No Bread Records in Europe (CD). “Septic Shower“, the track below that was ejaculated recently (and is still hot), is electrifying — part pile-driving punishment, part berserker mayhem, part scampering melee, with cavernous vocal horrors — and the only problem is that it ends too soon. Thankfully, there are 14 (!) more tracks to come, which I’m now slavering to hear. 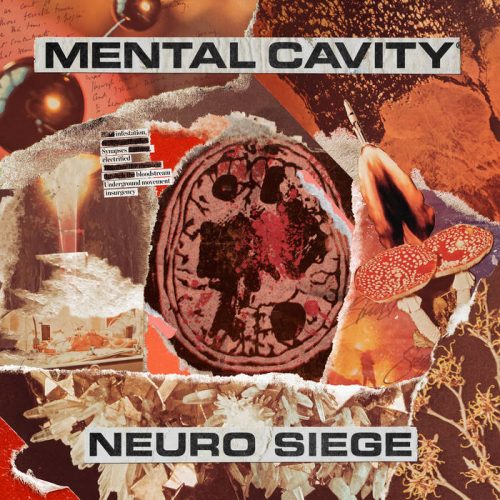 Last week brought the announcement of a second album by the Australian band Mental Cavity (from Canberra), with a December 6 release date through Brilliant Emperor Records. I didn’t know what they were about, but saw in the press release that their music smashes “abrasive speed-driven Death Metal riffing, together with tar-laden Sludge passages and a clear tip of the hat to bands such as Autopsy, Tragedy, Morbid Angel and Crowbar“. That all sounded good to me, so I took a chance on the title track to the new album, Neuro Siege.

Judging from this track, the description quoted above is mostly on-point. The music delivers heart-palpitating ferocity, crushing heaviness, gruesome (and crazed) vocal terrors, and highly addictive riffs. I’m guessing from the description that on other tracks the band will ease back on the throttle and lay into something more bleak and gloomy, but don’t expect that here. This one is just a big shot of adrenaline.