Most of what’s in here is brand new; a few of songs are simply new to me. Once again, because this collection is so overstuffed, I’m presenting what I found with a minimum of commentary… in alphabetical order by band name. END_OF_DOCUMENT_TOKEN_TO_BE_REPLACED 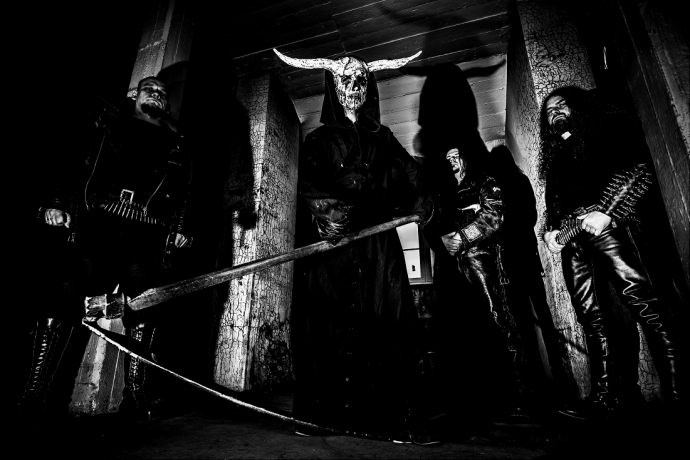 Embrional’s 2012 debut album Absolutely Anti-Human Behaviors was a strikingly impressive debut, a death metal barrage that was equal parts suffocating old-school brutality and technically impressive high-speed chaos. This Polish band have now recorded a follow-up album entitled The Devil Inside that shows every sign of being just as powerful, distinctive, and attention-grabbing. But judge for yourselves — you are about to hear our premiere of the album’s first advance track, “In Darkness”.

The song sounds absolutely monstrous, with a grit-caked, grinding tone that bespeaks a mountain of skulls being ground into splintered fragments — yet the production is also clean enough to ensure that every scalpel-sharp note and destructive drum strike hits home with unerring accuracy. The grim, serpentine melody in the song’s early minutes oozes an atmosphere of suppurating illness and inhuman malice, but the music also eventually explodes in a flurry of blazing fretwork and a barrage of drum munitions that is both frenetic and surgically precise. Fittingly, the vocal tirade is tyrannical and caustic. END_OF_DOCUMENT_TOKEN_TO_BE_REPLACED