I had the honor of getting to see Dawn Of Dementia play live in my hometown of Louisville, Kentucky, last fall, and these guys are the real deal. Their forthcoming album, Immolation Of  Avernis, is shaping up to be quite an impressive debut.

For those who didn’t see my prior post about their previous new song, “Earth Reciprocation”, they have announced that drummer Hannes Grossmann (Alkaloid, ex-Obscura, Blotted Science) will perform on several of the new songs. I also found out that John King, drummer from the Indianapolis technical death metal band Primordium (written about here and here) will appear on some tracks, including the one that’s the subject of this feature.

My anticipation for their album has grown liked  like the torrent of drool falling from my mouth when hearing “A Subterranean Exposure”. The track explodes like a swarm of angry hornets that are very attracted to your face, but it’s really kind of lovely somehow, in spite of its hyper-charged spray of venom, the shock-wave-inducing blast-beats, and the electrifying melodies, all mixed with more screams this time than just the growls that were mainly present in their past music. Also, the phenomenal bass playing of Joel Schwallier gets more room in the mix here and the song benefits from the added depth and contrast that his impressive talents provide. 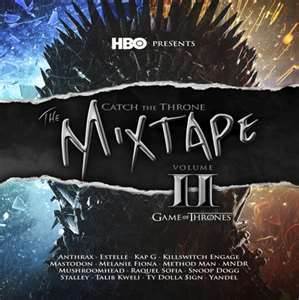 While I don’t watch much TV, and for that reason have missed Game Of Thrones, I’ve been hearing news recently regarding a soundtrack for the show that includes new songs by different groups, including several metal bands. One of those bands is none other than Mastodon.

Their track for this album is a new effort called “White Walker”. It conjures a somber and folky sort of restrained vibe we haven’t heard from the band before. It relies more on its ghostly sung melodies, simple strummed guitar work, and fat yet effective Bonham-esque rock drum beats than the heavier Mastodon stylings of old. While it’s not the heaviest Mastodon ever, “White Walker” is certainly still a captivating and intriguing journey for what it is. It’s further proof that Mastodon continue to excel by doing pretty much whatever the hell they want and always somehow making it work and ring authentically true. 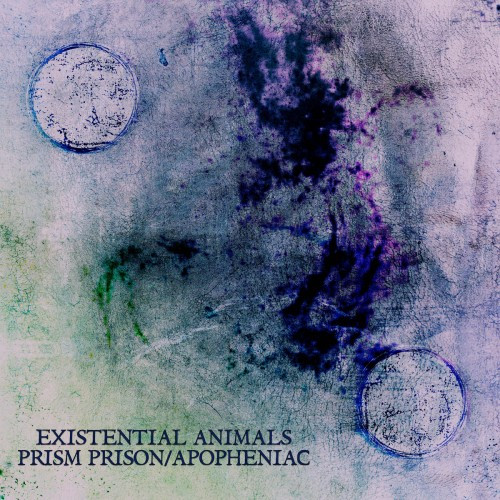 Recently here at NCS, Islander premiered a new track/lyric video for the song “Prism Prison” by Ohio-based progressive death metal band Existential Animals, from their new two-song EP entitled Prism Prison/Apophonic. Now that the EP has been released, you can check out the other song from the effort, “Apophonic”. You can also buy the two-song EP through Bandcamp at a “name your price” amount. This shit is highly impressive instrumental aural fire; don’t get burned, or do, if that’s your thing. 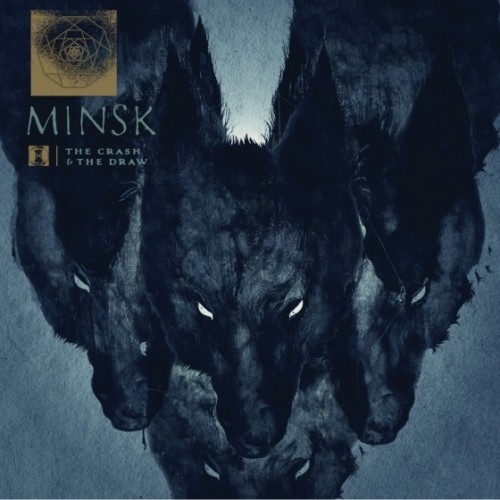 Few bands are better able to stake a claim for being at the early forefront of what is now post-metal or have been more influential in its growth than Minsk. This Illinois-based group were one of the first to gain a new musical perspective from Neurosis yet  apply that influence in creating a sound that’s more doom than sludge.

It seems like aeons have passed since we last heard anything from them, which was their 2009 album With Echoes In The Movement Of Stone. The way I see it, Minsk aren’t back to reclaim their throne, but more to show everyone else how it’s done, and to continue updating their sound in the process.

They recently dropped a new track called “The Way Is Through” from their upcoming album, The Crash and the Draw, out April 4th through Relapse Records. It follows “To the Garish Remembrance of Failure”, which was featured at NCS here.

This new song excellently merges harsh and lighter musical ideas into a spellbinding display of soaring brilliance. Sludgy and dark, “The Way Is Through” offers the intensity of Remission-era Mastodon while frequently bursting with hope and an uplifting atmosphere alongside their molasses-thick expressions of hate.

Go to this location to hear the new song; Minsk is on Facebook here.

5 Responses to “SEEN AND HEARD: IN LIEU OF ISLANDER… AGAIN (PT. II)”