That album art up there is fucking fantastic. I have very high hopes for the album, too, which is the first one from German’s Ahab in four years. The title is The Boats of The Glen Carrig and it’s a musical interpretation of a 1907 horror novel of the same name written by William Hope Hodgson (more info about the book can be found here).

The album will be released by Napalm Records on August 28 and pre-orders will begin on June 18. I’m hot for this cold music. Here’s the track list:

I love the new untitled album by False. I explained why in this review. There’s now an extensive interview with the band at Steel For Brains that’s well worth reading — here — as well as the stream of a new track, “The Deluge”, which is at the same location. Go listen to it, I think you’ll be glad you did.

The album can be pre-ordered on CD or vinyl via the Eroding Winds online store or digitally through Bandcamp: 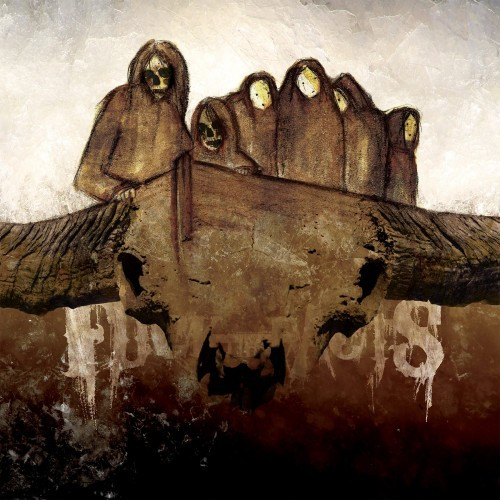 The new Fuck the Facts album, Desire Will Rot, will be released by Noise Salvation on August 25. This is the band’s first full-length album since 2011’s Die Miserable. Here are some words about the album from the band’s Topon Das:

“Obviously some similarities to the Amer EP are to be expected on this new record, but I think Desire Will Rot is also very similar to our 2008 album Disgorge Mexico in sound and feel. For me, Disgorge Mexico is the album that really defined what I wanted to do with Fuck The Facts, so to finally have a record that I feel has matched that, is something I’m very excited about.”

Andy Synn reviewed the new Gorgoroth album for us here. It’s really good, and there’s a new song from the album available for streaming, which you can and should check out below, courtesy of Terrorizer.

Instinctus Bestialis will be released by Soulseller Records on June 8 and can be pre-ordered here.