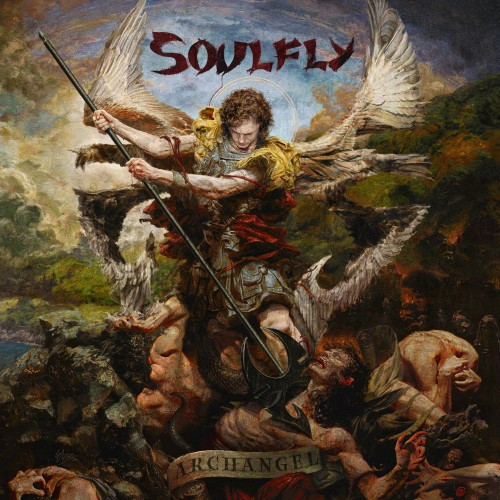 Happy goddamned Saturday to one and all. The old fucking day job is sending me out of town again today. I’ll be buried in a whole lot of Texas for the next two weeks, putting my figurative nose to the figurative grindstone both day and night until I’ll just have a hole in the face I don’t have when I return. Sigh.

What this means, as it has meant during past trips like this one, is that the content at our putrid site will probably fall off until I get back to the Pacific Northwest. Before I drag my glum ass to the airport this morning, however, I thought I would leave you with a collection of new musical and visual discoveries I made yesterday.

To be honest, I’m not champing at the bit over the prospect of a new Soulfly album. However, I am a champion of Eliran Kantor’s artwork, and I love the shit out of the art he created for Soulfly’s new album Archangel, which was revealed yesterday (right up at the top of this post).

Here’s a statement he made about the cover art:

“Max [Cavalera] asked me to do a traditional piece depicting Archangel Michael — and I tried to go beyond the straight-up neo-classical style as that has been perfected centuries ago, so I mixed in SOULFLY’s own visual world: hence the wings and spear being shaped like the SOULFLY tribal icon, the cliff with the ocean view just like on the first record, and the Brazilian flag being the core of its color scheme.”

The album will be released by Nuclear Blast on August 14, and it’s available for pre-order here. I’m sure I will give it a chance when the time comes… because hope springs eternal.

And now, over on the other end of the cover-art spectrum…

Just days ago I reported the announcement by Profound Lore that they had signed the Philadelphia band Pissgrave and would be releasing their debut album, Suicide Euphoria. At that point, no music from the new album was available for streaming, so I embedded a song from their 2014 demo, which I thought was filthy. But yesterday one of the new songs went up on Noisey.

The name of the song is “Impaled Vibration”. It will shoot filth into your ear canals with the force of a firehose — distorted, roaring, death metal filth, with especially nice drumwork. The embed stream for the song is sharable, but I’ll be a good lad and send you over to Noisey to listen; they need the money. The album comes out on August 4. 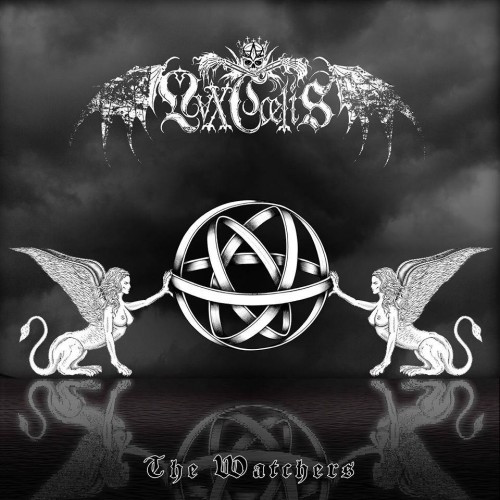 If you don’t know of the Chilean black metal band LvxCaelis, you should. They dwell in darkness but they burn with the flame of dragon’s breath.

Back in February I wrote about two songs from their new album The Watchers, and as of yesterday they have another one up for streaming, which has manifested as a lyric video (created by Frater D.). The song’s name is “Temple of Eternal Glory”. It’s as grim as the grave, alternately whirring with morbid, vibrating chords and lurching at the pace of a dirge, with lyrics voiced in a ghoulish, impassioned howl. It’s both murderous and infectious, and dark as a moonless night.

The Watchers will be available from Lamech Records in July and is highly anticipated in this quarter.

Another song from the new Untitled album by False premiered yesterday in Lars Gotrich’s Viking’s Choice column. As usual, he sums up its essence very well. I’ve already said my piece about the album as a whole, here. In a nutshell, it’s fantastic.

The album comes out on June 16 from Gilead Media. Go here to listen to “Entropy” (and you can check out other tracks from the album at this location  and this one): 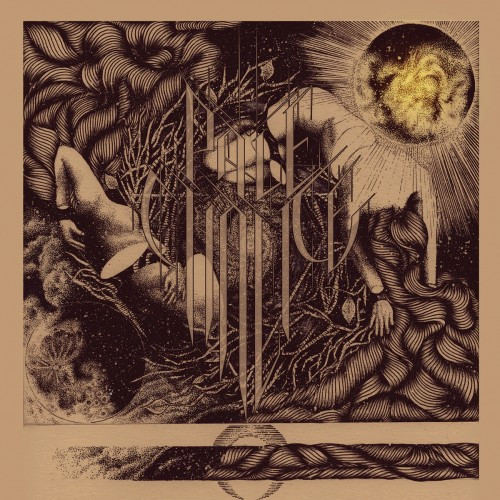 Pale Chalice are a San Francisco band who made their mark with a 2011 EP named The Dichotomy Of Trepid Creation, which was released by The Flenser. Their new album, which this time will be released by Gilead Media, is entitled Negate the Infinite and Miraculous, and it’s due for discharge on June 16. In April I featured the first advance track from the album, “Weltering Depths of the Carrion Wave”, and now we have another.

“Bound Intransigent Flight” is the name of the new one, and it premiered yesterday at CVLT Nation. It bolts from the gate with a howl and a lightning strike of slashing riff savagery, but then segues into a rocking rhythm before the blasting drums and serpentine riffs resume. The song also includes staggering segments that hammer like nails being driven into a coffin and a bleak melody that proves to have staying power. An excellent, dynamic song from a highly anticipated album.

The new Pale Chalice release can be pre-ordered on LP (which will come with a download code) at this location. Digital pre-orders can be placed here:

The new song is also embeddable, but I’m still being a good lad, so I’ll ask you to go to this place to listen: 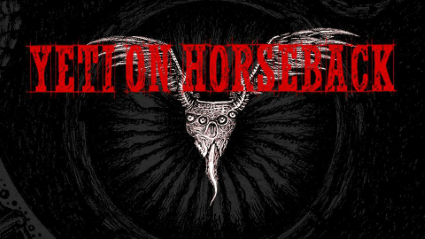 To be honest, this next band’s name almost deterred me from listening to the song I’m about to throw at you. Instinctively, I usually shy away from bands with comical names, though I’ve often been wrong in reacting that way. This turned out to be one of those times — because the music is as serious as a heart attack.

Yeti on Horseback make their home in London, Ontario, Canada, and yesterday they released a 13-minute single named “Dragged Down To Hell”, as a prelude to a debut album they hope to have finished by next winter. I confess I was hooked right from the start, hooked by those grinding bass notes and drum beats going off like gunshots. And the song never lost its grip despite its length.

The music is constructed slowly, like a massive edifice, with cornerstones consisting of huge, distorted riffs methodically hammered into place and cemented with slithering. creepy lead guitar melodies. It’s a gloomy, craggy monument, and at its crest sits a gargoyle who shrieks incantations in hair-raising fashion. About seven minutes in, the band begin a massive, skull-cleaving stomp with a kind of tribal rhythm that resonates with ridiculous power, and that’s followed by a glacially slow trudge into a suffocating tar pit of doom and decay and a grotesque, minute-long outro of insectile, droning noise.

If you’re looking for oppressive blackened doom capable of cracking concrete — and who isn’t? — look no further. The song is on Bandcamp as well as YouTube, so I’ll include both players below. 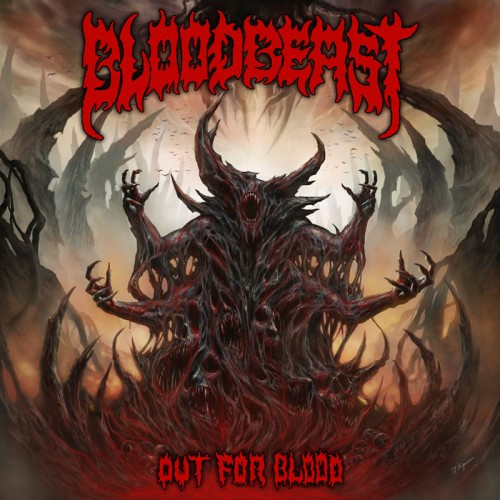 Death metal has spawned countless variants over time, but when you boil it down, strip the meat to the bone, and expose the roots, you get a band like South Africa’s Bloodbeast. You listen to this next song, and I guarantee it will hang around your head. You old-timers out there will be able to pick out the influences, but really, let’s forget the critical analysis and accept the fact: The song spears you right in the reptile part of your brain, and you’ll bloody your fingers trying to get it out. This is primal death metal that rides the riff and the solo into the mouldering grave and drags you screaming along with it.

And I defy you to improve on the song’s title (ignoring the fact that we will fuck… AND we will die). You may think the music is simple, but so is fucking and dying… “thinking” comes a distant third on the list of life’s hallmarks….