I didn’t get into metal until much later in life than most of the people who are reading these words. My education came as a result of my own exploration, but equally as a result of getting schooled by commenters at this site. And I hate to tell you this, but comments never go away — my web host has a searchable database of all of them for the last 6 years. And so I can tell you precisely the date when I first saw the name Edge of Sanity: It was July 30, 2010, and it came via a comment from one of our earliest and most frequent commenters, an old friend who called himself ElvisShotJFK.

I had posted a review of Wolvhammer’s debut album Black Marketeers of World War III in which I named a few bands as reference points for the music on the album, including Entombed. After ElvisShotJFK commented that Entombed had been a gateway band into heavier music when he was younger, I replied that Entombed “must have been particularly stunning to hear when they were fresh and so different from most metal that surrounded them.” And he then wrote:

“Fuck yeah! So was Carcass, another of the early heavier bands to me, back when the heaviest thing I had was Sepultura (I had bought Beneath The Remains and Arise without having heard one note and I never regretted that impulse purchase). It was different, it was heavy and though it took a bit to get used to the vocals – just as it still does to this day with many bands – it was awesome and I wanted more.

“Over the next few years, I became aware bands like Pestilence, Napalm Death, Edge Of Sanity and Cradle Of Filth, among countless others whose names I’d scribble down whenever the DJ would say who he’s just played. Good times, awesome metal that only myself and a few friends were into, but I never saw it as an excuse to look down on the hair metal and thrash that others were still listening to instead (partly because I still listened to it too), but there was some music snobbery around too that thankfully didn’t rub off on me.” 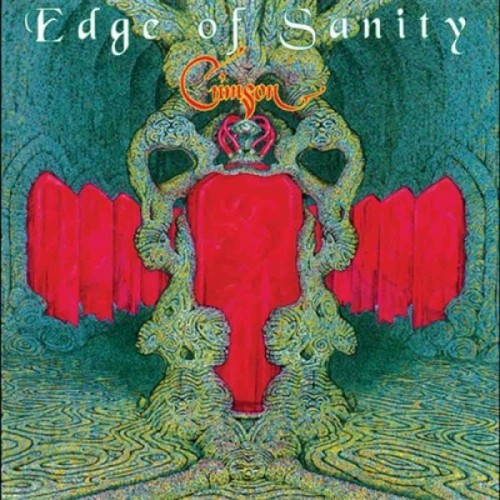 A couple of weeks later, Edge of Sanity came up again. I had posted a video of a great song by a great Swedish band named Canopy, and ElvisShotJFK recommended another video of Canopy covering Edge of Sanity’s “Twilight”. He also mentioned that he had just listened to Heaven Shall Burn’s cover of another EoS song, “Black Tears”. After telling him that I never knew HSB’s recording of “Black Tears” was a cover, and that I had also never listened to EoS, he wrote:

“Never listened to EOS? Oh man, you’ve been missing out.

“A lot of people will say to go with Crimson, which is understandable, but I’m rather partial to Purgatory Afterglow; “Twilight” and “Velvet Dreams” are worth the price of admission alone, but the whole album’s great. I think that’s a better album to start with before exploring the rest of the band’s discography, especially since Crimson is one single 40 minute song. It and Carcass’ Heartwork are albums that changed my perceptions of metal while in high school and helped ease me into death metal, black metal and so on, while the years since have given me time to expand my listening habits even more.”

And finally, I started exploring EoS. Maybe this post will be an introduction to the band for someone else out there right now — or at least a happy reminder for people who already know about this band.

For the newcomers, it was one of the earliest projects to function as outlets for the musical genius of Dan Swanö. Beginning in 1991 (following a few demos), the band released the first of 8 albums, with the last being Swanö’s solo effort (with guests), Crimson II, which came years after the band had broken up. Here’s a synopsis from The Font of All Human Knowledge:

“Edge of Sanity began as a death metal band with their debut release Nothing But Death Remains. The band’s second release, Unorthodox, with tracks like “Enigma” and “When All Is Said”, showed Edge of Sanity branching out from some of the genre’s conventions. The Spectral Sorrows, Until Eternity Ends, and Purgatory Afterglow continued the trend, so that by the release of Crimson (1996), Edge of Sanity was a progressive metal band. Crimson was a 40-minute concept album consisting entirely of one track, concerning a post-apocalyptic future in which mankind had lost the ability to breed.

“After one more album, Infernal (1997), guitarist/vocalist/songwriter Dan Swanö left Edge of Sanity, and his departure is generally associated with a decline in quality in the band’s material. Swanö was replaced by Robert Karlsson, the vocalist of Pan.Thy.Monium (a side project in which Swanö was also involved), but after one more album, Cryptic, the band split up.

“In 2003, Swanö revived the outfit as a one-man band (with several session musicians), and recorded a sequel to Crimson, Crimson II. Immediately after, he re-dissolved the project.”

And with that, here’s some music from a tremendously accomplished and tremendously influential progressive death metal band:

12 Responses to “THE REARVIEW MIRROR (EDGE OF SANITY)”