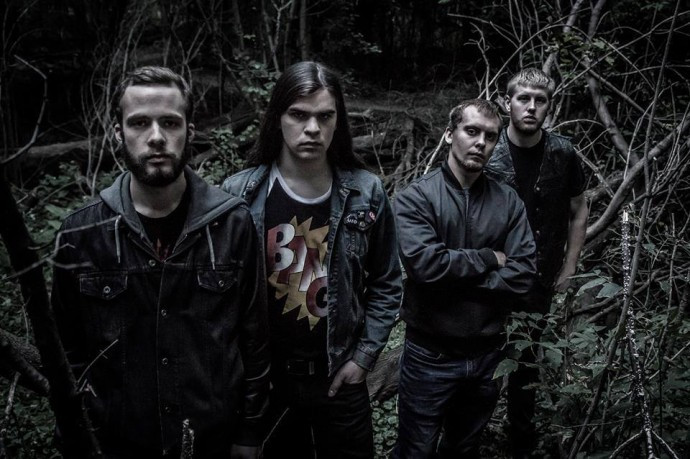 (Comrade Aleks presents what appears to be one of the last interviews of Minnesota’s Wicked Inquisition.)

This cool band from Minnesota is going to split up, and their last gig will be held next week. It’s s sad fact ‘cause I liked their self-titled album released just one year ago – this doom metal in the vein of Pentagram and Witchfinder General has a lot of hooks and pleasant tunes, though it’s traditional to the core.

The fate of Wicked Inquisition’s members is blurred except for the band’s founder Nate Towle; it’s already known that he took the place of the second guitarist in the anarchic band Satan’s Satyrs. So I had a brief conversation with Nate, and we need to hurry while Wicked Inquisition is still here.

Hi Nate! How are you?

Man, I’m listening to your self-titled album and I can’t understand… Look, you had pretty strong material, a bunch of groovy riffs here and there, the vocals were good too, and the overall production and songwriting made for a proper doom release. Why did you stop?

We decided to break up for several reasons. The main catalyst(s) was that Jordan (our bassist) is moving to pursue a career in computer coding. Then, Ben (guitarist) just decided that he wasn’t really feeling it anymore. At that point I was faced with the decision to either find other members to continue, or break up. I ultimately decided to end it because personally I needed to move on and explore some other sounds.

I am certainly proud of the album we did, but realistically it’s not really anything innovative as far as the sound. The album was really just me trying to be Trouble, Saint Vitus, Pentagram, and Witchfinder General, rather than myself. Moving forward, I want to try to explore new sounds while still retaining the influence doom has had on me.

Don’t you regret your decision?

Not really; I am on to new things and honestly, if I really wanted to, I could always resurrect the project someday.

You’ll have the last show with Wicked Inquisition in June. What have you prepared for it?

Well, our last show is June 25th in Frederick, Maryland at the Maryland Doom Fest. I am excited because we get to share the stage with great bands like Bang and Place of Skulls. Plus, Maryland is really the inception place for several bands that ultimately have influenced me/us over the years. It’s a great way to wrap things up, I think.

The album was released one year ago; did you compose new songs during this period? Do you plan to release this material somehow?

Yeah, there are a few demos recorded of songs that were intended for a second album. We’ve thrown the idea around of possibly recording a short extended play with these songs on it to be released after we break up, but it really depends on if we have enough time in our schedules to make it work.

Wicked Inquisition’s texts are brief. How would you summarize the lyrical ideas of the band?

The lyrical idea or theme, so to speak, is really just things I that experience or encounter in day-to-day living. Songs tend to be based off my life experiences or things I observe in the world. So I guess “Real” would be the word I’d use to describe our lyrical content. 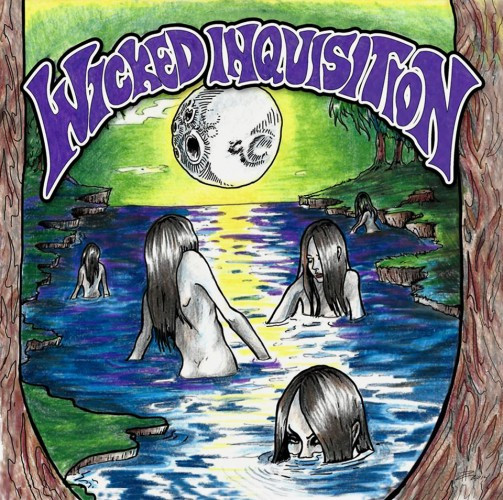 I was surprised to find the song “M.A.D.” on the album; it tells about nuclear bombing, and that’s an unusual story for a doom band. Though yes – I remember Witchfinder General’s “Soviet Invasion”… So how did you compose this song?

Well, this song is sort of in the lyrical vein of “Electric Funeral” or perhaps “Children of the Grave” by Black Sabbath. I really just wanted a heavy, slower, and more atmospheric number in our collection of songs.

How did you manage to do the deal with Tridroid Records? I thought that they’re a more black-oriented label.

The Tridroid deal was pretty low key, it was just a matter of asking if we could get some CD’s pressed.

Two consecutive shows opening for Ace Frehley was definitely a highlight. I think that I got some recognition with Wicked for sure. It was a great experience and helped me learn a lot about being in a serious band, from touring experience, to recording, to just about everything else. 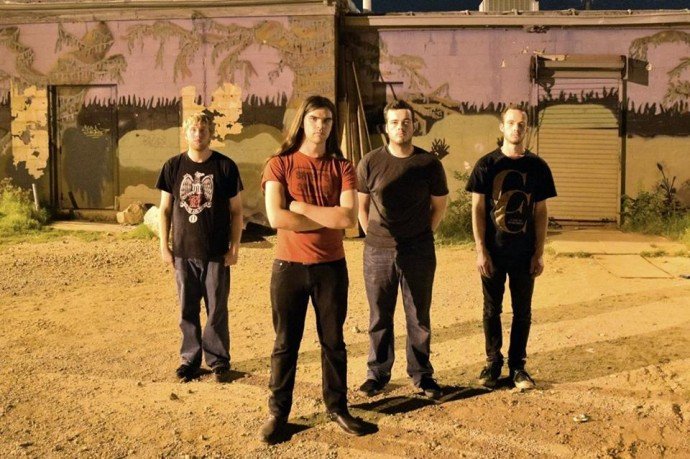 Well, I had been a fan for quite a while, and when I saw that they were opening for Electric Wizard on their US tour last year, I knew going to the Minneapolis date was a no-brainer. When I got there, I gave Jarrett (guitarist) a copy of Wicked’s album, and things just sorta snowballed from there. We started talking more and more as the months went by. Once they saw that Wicked was breaking up, they thought “Nate must need a job”, and shot me an email asking if I wanted to audition.

As I understand, you’re from the Twin Cities, Minnesota, and Satan’s Satyrs are based in Herndon, Virginia. How are you going to keep in contact with the band constantly?

I fly out there for various chunks of time, whether it be for rehearsals or songwriting sessions. Last time I was out there, I was there for little over a week, just jamming out and writing new material. This means that I really have to practice on my own and make sure I know all the songs before I arrive!

Is the band already working on new material for the next album?

Yes, Satyrs is working on new material for the next album. Honestly, it sounds fucking awesome, and that’s really coming from a Satan’s Satyrs fan perspective. I think that I am the biggest Satan’s Satyrs fan, even if I’m in the band, ha-ha! It’s going to be something fresh and exciting, but still within the Satyrs sound. The twin guitar attack is certainly going to add a new element that I think people are really gonna dig.