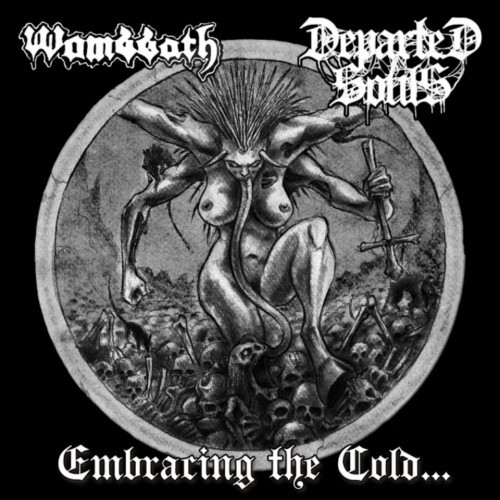 For us, one of the bright spots of 2015 was the revival of Sweden’s Wombbath and the release of Downfall Rising, the band’s first album since 1993’s classic Internal Caustic Torments (and the source of this killer track that appeared on our 2015 Most Infectious Song list). Wombbath also started 2016 in fine form by participating in a split release with Revel in Flesh called Dragged Into the Obscure (which we wrote about here)  and delivering a live performance in Baltimore that was one of the highlights of this year’s Maryland Deathfest (reviewed here). But there’s still more to come, as you’re about to discover with your very own ears.

Wombbath are participating in another split, this time with the Dutch band Departed Souls, and today we’re helping premiere Wombbath’s track from the split — “Embrace Death“.

This new Wombbath track is simply monstrous — an amalgam of massive, groaning, grinding riffs and bestial howls, deranged guitar soloing and skull-clobbering grooves. Listening to the song is like being parachuted into the midst of a gigantic excavation project that’s operating at full strength, with titanic machinery gouging and pounding the earth, creating an ever-deepening abyss. It’s raw, ravenous, and utterly filthy Swedish death metal, and you can let it beat you senseless through the player below.

The full split with Departed Souls is named Embracing the Cold… and it will be released on CD by Rawskull Records; you can order it here:

The split will officially be launched at Stonehenge Festival in The Netherlands on the 30th of July, where Wombbath will perform in an exclusive 2016 Dutch appearance for the band. Here’s the flyer for that killer festival: 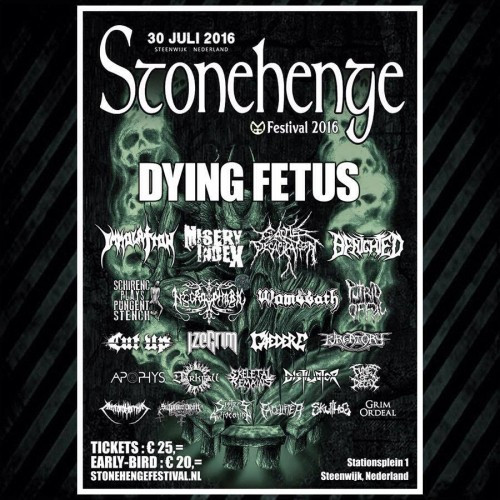 In addition to Wombbath’s appearance at Stonehenge Festival, the following additional performances have been scheduled for the balance of this year and early 2017:

One Response to “AN NCS PREMIERE: WOMBBATH — “EMBRACE DEATH””