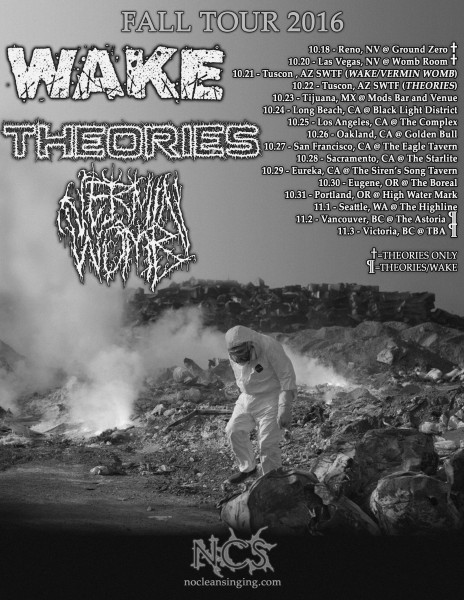 If you get out a map and trace the precise route of this tour, it comes uncomfortably close to tracking some major fault lines that run down the West Coast.  Theories play two shows in Nevada and then join Wake and Vermin Womb for performances at the Southwest Terror Fest in Tuscon (headlined by Pig Destroyer and Agoraphobic Nosebleed). After that the tour heads to Tijuana for the bands’ first-ever appearance there and then turns north and rampages right up the coast, through California, Oregon, Washington, and then on across the border into British Columbia.

Okay, we might be exaggerating about the risks of venue demolition and earthquakes. But we’re not exaggerating when we say that all three of these bands know how to put on a kickass show. For those who may not know what they’re in for, here’s a bit of background. 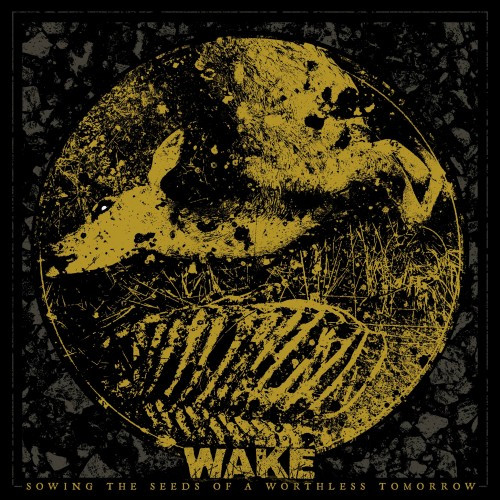 These grind terrorists band from Calgary hit our radar screen back in 2011 with a devastating EP named Surrounded By Human Filth (reviewed here), and we’ve been following them ever since. Their most recent release is Sowing the Seeds of A Worthless Tomorrow, which was released earlier this year in NorthAm by Nerve Altar Records and in Europe by Everydayhate and 7Degrees Records.

The band’s bio provides an accurate description of what they deliver:

“When it comes to grindcore, few bands these days can top the overwhelming barrage of wrath and aggression unloaded on the listener/spectator by Calgary’s WAKE. In a career spanning a mere seven years, this Canadian unit of aural assassins have brought terror and war to crowds all over the northern hemisphere, destroying venues across Europe and North America on multiple occasions, and establishing them selves as an infamous and unstoppable killing machine when it comes to performing live. In this sense the band’s name seems to perfectly match their nature within the live environment: leave nothing standing – level everything in an endless wake of terror and destruction. But WAKE are far from being only and aural cataclysm restricted to the live environment, quite the opposite, as the band has released a string of albums and splits that speak for themselves, and are just another horrifying statement of the violence and sheer aggression which nests inside the soul of this band.”

Listen below for a strong taste of what you’ll get from the headliner on this tour:

The Seattle-based death/grind band Theories opened a lot of eyes last year with Metal Blade’s release of their debut album Regression (which followed a 2014 split with Wake). As Austin Weber wrote in our review of the album:

“Even with their first full-length release, Theories are already at a level few grind bands reach, which makes it scary to think what new kind of bestial insanity they may reach with further evolution. Regression is not only a superbly performed assault on your senses, but more importantly, one with more substance and memorable moments than you will find on most records within the genre. Highly recommended.”

We can also share with you the news that Theories are currently finishing writing for two split EPs, with plans to record the tracks in September, and are also about a third of the way through writing their follow-up to Regression. More details about the splits will be revealed as we get closer to the launch of this tour — and we’ll go out on a limb and guess that if you show up for the tour, you’ll hear some new music, in addition to favorites from Regression.

Here’s a track from that album which appeared on our list of 2015’s Most Infectious Extreme Metal Songs.

(P.S. As someone who has seen this band perform live on multiple occasions, I can vouch for the fact that in a live setting they’ll send a megawatt jolt of electricity straight down your spine and leave your head smoking.) 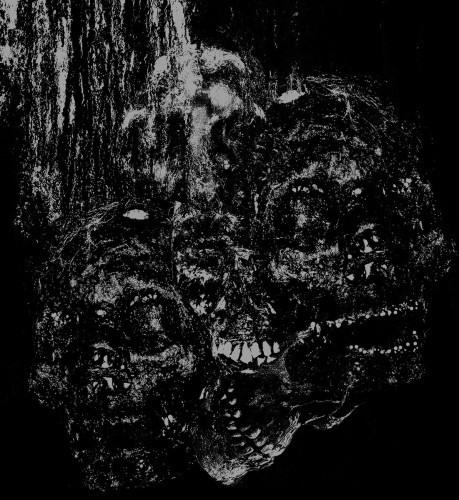 Denver’s Vermin Womb stew up a concoction of grind, death metal, and crust (with some doom and blackened flavorings in the mix as well). The line-up includes Ethan Lee McCarthy, guitarist/vocalist in both Primitive Man and Withered and formerly of Clinging To The Trees Of A Forest Fire, as well as two other former members of CTTTOAFF, drummer J.P. Damron (ex-908, ex-Aberrant) and bassist Zach Harlan.

Vermin Womb’s sole release so far, 2014’s Permanence EP, is raw and pulverizing, lethally toxic and mind-blowingly chaotic. And it won’t be long before new spawn of this vermin womb will be expelled into the world, because the band have been at work on a debut full-length with producer Dave Otero at Flatline Audio. In the meantime, get obliterated by Permanence below.

And Vermin Womb will also be on the road for five weeks before the tour with Wake and Theories, including dates with Immortal Bird and Gadget. Check that schedule in the flyer preceding the player for Permanence. 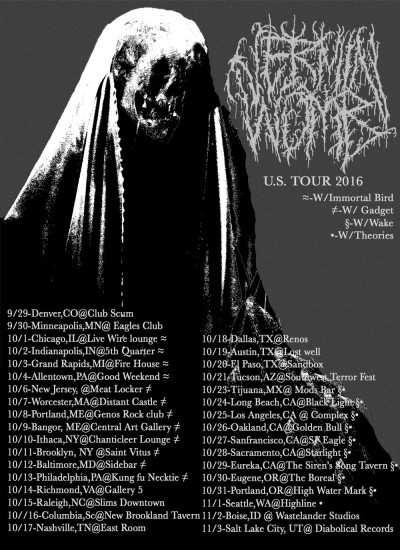 This really is a hell of a tour, and we hope you’ll jump on it if it comes within striking distance of where you live. We might have a few more things to tell you about the bands and the tour in the coming weeks, so stay tuned.

3 Responses to “WAKE, THEORIES, AND VERMIN WOMB TO ENGAGE IN SEISMIC ACTIVITY THROUGHOUT WESTERN NORTH AMERICA, WITH ASSISTANCE FROM NCS”