In mid-July we premiered the first advance track from Meta, the new album by Thy Catafalque. It was a heavy beast, maybe even a surprisingly heavy beast for those who may have formed their expectations for this album based on last year’s Sgùrr. The surprises don’t end there. For example, I can now share with you another song that premiered elsewhere yesterday: “10^(-20) Ångström“. 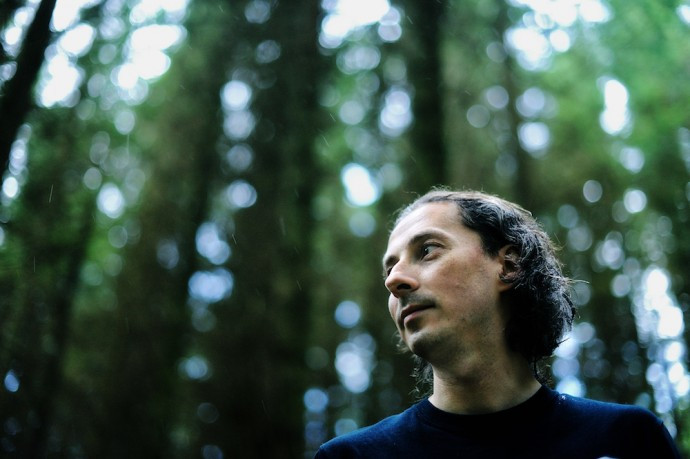 By way of explanation for the title, Thy Catafalque’s creator Tamás Kátai said this:

“This is a song about the smallest subatomic elements of life on Earth. After the death of a life, these subatomic particles re-arrange themselves into new, different life forms. All existence is based on cosmic star dust on this planet.”

I don’t expect that will give you a concrete idea about the music, but the next time you get asked in a bar, “What’s the smallest subatomic element of life on Earth?”, now you won’t be caught cross-eyed.

As for the music which bears that title, it’s completely electrifying — a dense, intense, physically battering explosion of sound with wild vocals and freakish, frenetic lead guitar flurries. But just as you are fully caught up in that maelstrom of rhythmically riotous momentum, the music changes… and I won’t spoil the surprise.

Meta will be released on September 16 via Season of Mist. and digipak CD. Time is running out, but I still hope to tell you more about the rest of the album before the release date. 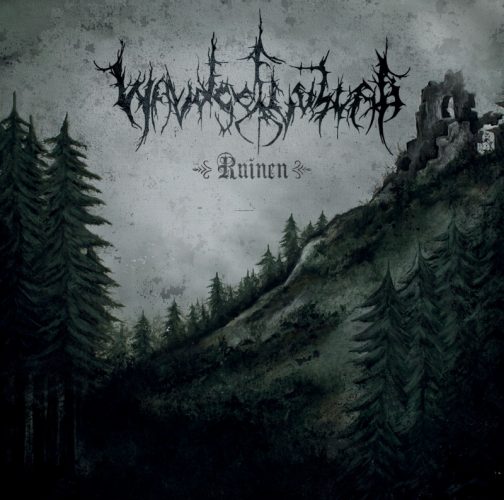 We haven’t given nearly enough attention to the music of Waldgeflüster at our site over the years. Other than general, persistent ineptitude, I have no excuse. But I do intend to make amends.

This German band’s last release was a marvelous split with Panopticon, in which each band covered a song of the other and also included one of their own original tracks. In case you missed it, I’m including a Bandcamp stream below. But Waldgeflüster also have a new album named Ruinen (Ruins) that’s slated for release on October 14 by Nordvis in Europe and Bindrune in the U.S., and over the last 24 hours, the German site Metal.de premiered a single from the new album named “Weltenwanderer“.

The Nordvis label’s description of the band’s music is an apt one: “the sounds of atmospheric folk metal of artists like Falls of Rauros and Panopticon merges with the older doom/post-metal sounds of artists such as Anathema & Katatonia.” “Weltenwanderer” is a long, multifaceted, utterly captivating piece that combines ripping, scarring aggression and melodic mysticism capable of sending listeners into the clouds. To be clear, those clouds are grey, but broken by rays of golden light. (Amazing, varied vocals, too.)

I would like you to finish reading this post, but I also wouldn’t blame you in the least if you stopped here, long enough to visit this site and allow yourself to be carried away by this magnificent, vibrant song: 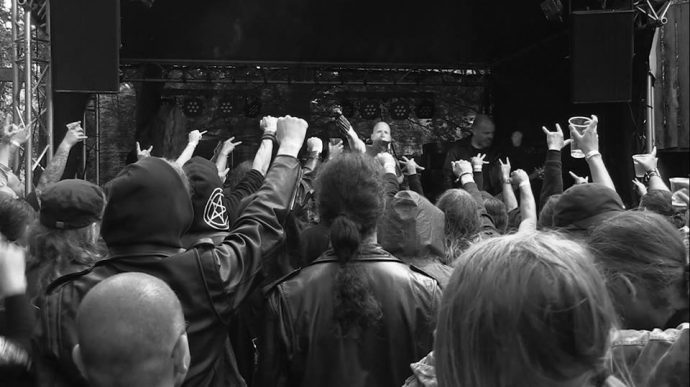 When I reviewed Kaeck’s Stormkult last year, I identified two aspects of the music that I thought made it one of the brightest stars in the firmament of 2015 black metal releases:  First, even in a genre known for its extreme intensity, Stormkult is extremely intense. For almost its entire duration, it’s a raging hurricane of sound — bombastic, terrorizing, and chillingly grim. If you want to be electrified by music, this will do it, and leave your head smoking.

And second, Kaeck create atmosphere as well as bedlam. For Stormkult they wrote melodies that are hypnotic, menacing, and haunting, and those melodies seize attention even when everything else around them feels like a conflagration.

In recent days Kaeck released a video of their live performance of one of the Stormkult tracks — “De heerser wederkeert” — at Berlin’s Under the Black Sky Festival earlier this summer. The audio for the clip was mastered by Peter Neuber, Vintage Mastering (Revenge, Necrophobic, Severe Torture) — and the sound is gripping and searing, barbaric and bleak, both blood-freezing and fiery at the same time. 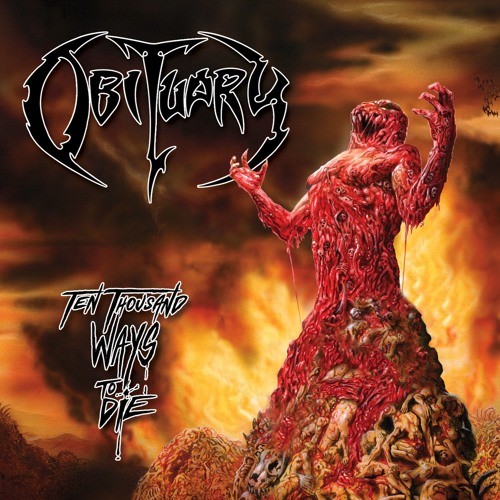 On October 21, Relapse Records plans to provide a new release by Obituary called 10,000 Ways To Die. There are two new studio tracks on the album along with a live set from the band’s Inked in Blood World Tour. One of the new songs, “Loathe”, was released for streaming yesterday. You can listen to this new single in either of two players below.

Such a deliciously dismal song… lumbering and stinking of the crypt, and slavering like a night beast. And such a catchy and headbangable riff that they use to punch-up the song’s energy at regular intervals. And such diseased soloing and serrated howling. What’s not to like?

Relapse is fielding pre-orders (CD and digital) at the first link below. 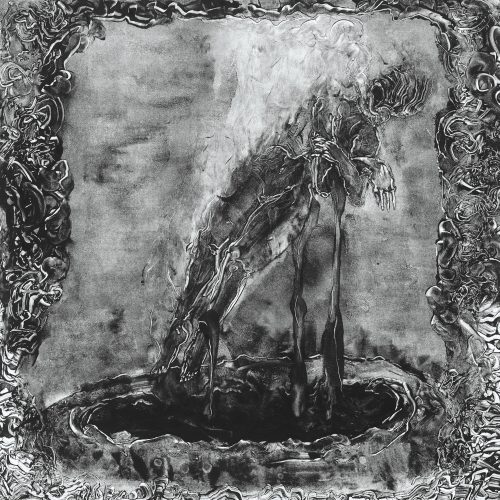 Predatory Light used to be based in New Mexico and are now ensconced right here in Seattle. Their line-up includes current or former members of Anhedonist, Vanum, and Ash Borer. After a couple of demo cassettes and a split with Vorde, Predatory Light will be releasing a self-titled debut album through Invictus Productions on September 22 (with a vinyl edition to be co-released by Invictus and Psychic Violence).

I wrote about one of the album’s advance tracks earlier this month, and now there’s another one I would like to recommend: “Laughing Wound“. From its eerie organ introduction, which sounds like a cross between old horror movie and sci-fi soundtracks, the song evolves into a slow, forbidding march of doom — and then a torrent of riveting black metal. The desolate, dispiriting melody introduced near the beginning follows the band through the song’s dynamic changes, though it too evolves — and ultimately gets stuck firmly in the mind.

The music has an air of bleak and unearthly grandeur, and it’s yet another reason to be very excited about this album. Listen below. 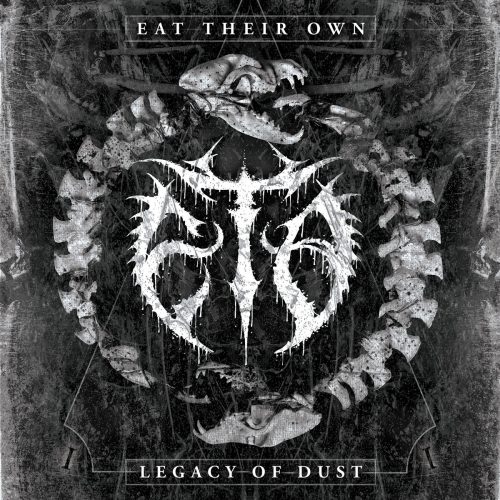 Now I’m leaving behind the five bands that are old favorites of mine and venturing into previously uncharted waters.

I learned of Chicago’s Eat Their Own through a link from my Serbian friend Miloš — to whom I owe yet another debt of gratitude because this band’s just-released debut album is a welcome barrage of explosiveness. Here’s something else that should peak your interest in the album: The line-up includes members of The Atlas Moth, Broken Hope, Plague Bringer, Encrust, and Spacewolf. Specifically:

If you visit the Bandcamp page for the album you’ll see these tags: black metal, death metal, extreme metal, industrial metal, sludge. Those are all legitimate tags, though to be more complete the list should have included Hiroshima, Vesuvius, The Black Plague, Want Mescaline?, and Revelation 6:12.

There’s tremendous variety in this album — from groaning, gasping crawls through a pit of horrors to eruptions of hammering fury to the daze of hallucinatory dreams. It crushes and it eviscerates; it’s unnerving and abominable; spellbinding and bombastic. It will leach hope from thy soul, and it will makest thy head to bang. It’s also frequently very fucking catchy.

Great song-writing, great performances by everyone involved, great results. (If you want a taste before consuming all of it, and being consumed by it, I recommend “In Constant Shadow” or “When Flesh Relents”.) 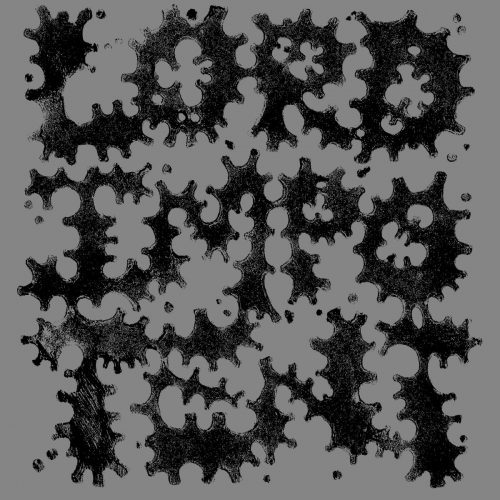 My ally Miloš sent me a link to this next release, too. It’s another winner.

I don’t know the reasoning behind Lord Impotent’s name, and I could see that it might be misleading. The music is the opposite of impotent, and it’s no joke either. Their 2016 EP (which follows a demo released last December that I haven’t heard yet) consists of only three short songs, but they will make quick work of you, inflicting a blistering, bludgeoning beating, It veers from scathing grind blasts to suffocating death/doom slogging to venomous, blackened feeding frenzies. The shrieking/roaring vocals are also certifiably insane.

Lord Impotent was only formed last year and consists of two members —Shane Donaldson (vocals, lyrics, artwork) and Zane Young (drums, guitars, bass) — though it appears they intend to recruit additional members for live performances. They’re also looking for a label to release this EP on tape or vinyl. For now, you can grab a digital copy on Bandcamp: 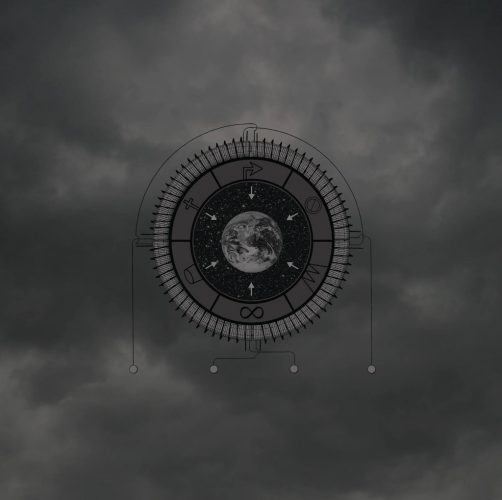 The final item in this eight-fold collection is a late and somewhat hurried entry. As I was finishing up this post (or so I thought), I paused to check out a song by the Swedish doom/sludge band Suma, which premiered two days ago at The Obelisk. The song is “Bait for Maggots” and it’s on the band’s new album The Order of Things, and was left flattened by it.

This music is one of the heavier things I’ve heard recently. In fact, “heavy” seems too tame a word for what Suma are doing. “Titanic”, “pavement-cracking”, and “skull-shattering” come closer to the mark. They build a loop made of massive, stomping riffs and cranium-splitting drum strikes and then spread cosmic guitar sounds and tormented vocal extremity all over it. Intense yet entrancing stuff.

The Order of Things will be released on October 11 in a variety of formats through a collaboration of different labels: Argonauta Records (CD), Throne Records (LP), Init Records (CD for U.S.A. market), and Tartarus Records (cassette).

The song is an exclusive stream at The Obelisk for now, so you’ll need to go HERE to listen. And trust me, you do need to go do that.