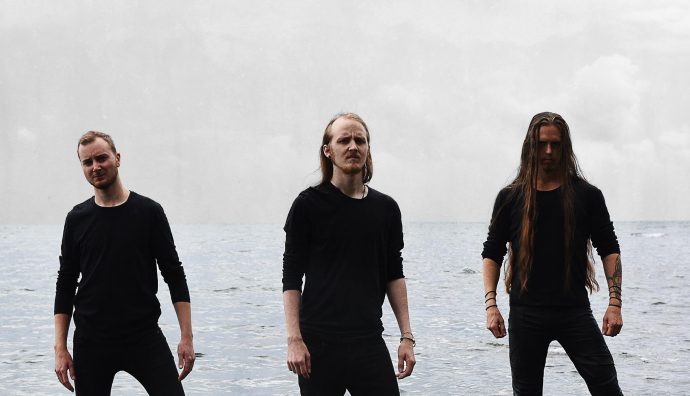 Fleshmeadow are a pretty interesting band. They have a relentless, tight tempo that reminds me of Keep of Kalessin. They have the Norwegian sound roots firmly in place, but have dared to blend in sounds from other modern metal styles, including drumming patterns that range from straightforward powerful BM to a more blues/postmetal subtle elegance. When it comes to the guitars you’ll find BM-oriented harmonics and pretty techy scales that at times blend to conform again to a BM pattern.

So it is varied and textured. It is a refreshening musical experience, if you take into account the amount of black’n’roll that is coming out of Norway now. Layered over a  powerful drumming discharge is a subtle atmospheric layer skillfully created with the guitars. So it is both a beautiful and intense musical experience. This is a good solid release that deserves all your support. 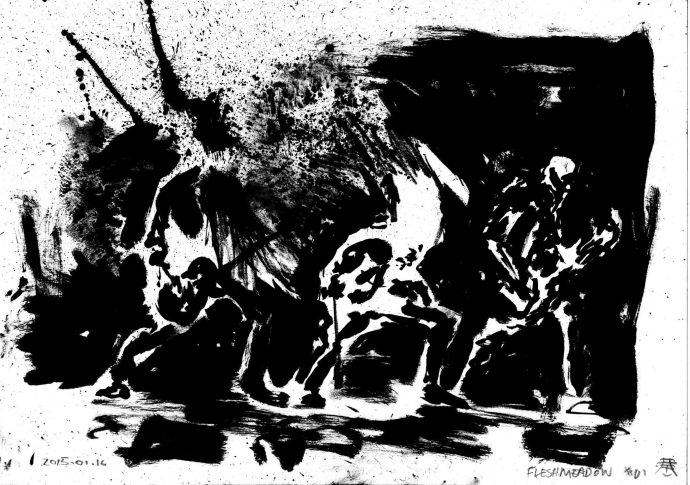 Who are you guys? Where do you play besides Fleshmeadow? And why did you start the band in the first place?

Fleshmeadow is Jørn André Størdal (composer/guitars), Fabian Jiru (vocals), and Simen Folkestad (bass). As of right now, we are exclusively in Fleshmeadow, although we have been scattered around quite a bit in the past. I for one need to be focused on one project at a time or else the quality of what I do is sure to suffer. All or nothing mentality.

I started the band in 2013 and have been through a lot of different people, but now I’m confident the line-up is well functioning. We were a four-piece, but our drummer left due to personal reasons a while ago and we have had a hard time trying to replace him. He wrote most of the drums on our debut Umbra and was with me from the beginning in 2013. It was tough to see him go, but we are trying our best to find a good replacement for him. He made it hard for anyone to fill his shoes with his insane drum ideas.

The band started as a way for me to get my musical ideas out of my head to stay somewhat reasonably sane. Fleshmeadow functions as an outlet.

The trend here in Norway has been towards black’n’roll and old school it seems. You have decided to go for tech. I think you have succeeded in keeping some influences of the Norwegian BM sound in there and have actually created something that is authentic, but that has successfully borrowed from other scenes and musical styles at the same time. Tell us more about your own views when it comes to where the BM scene in Norway is heading and about Fleshmeadow’s influences.

The scene has been changing a lot over the years, but I’ve not really been a part of it so I can only talk with an outsider’s perspective. There are a lot of bands who try to copy the old BM bands, and very few stand out anymore, in any genre really. When you’re trying to mold yourself into a specific genre you’re pretty much limiting your creativity and putting a chokehold on your own musical evolution. It becomes less about creating something unique and more about putting together a pre-made puzzle with the “correct” pieces.

But I really look up to the older guys like Emperor and Dimmu Borgir, who wandered off the main path a bit. That being said, I’m ashamed to say that I haven’t listened to a lot of the Norwegian BM bands. I’m sure there are great bands I’ve missed because of this, but there is no denying that Fleshmeadow would not exist the way it does without Keep of Kalessin, Myrkskog, and 1349. We love those bands, and I for one think they are the best Norwegian BM-esque bands right now (that I know of…) The other guys in the band have a lot more expertise when it comes to the wide selection of bands in Norway, so I’m sure they are pulling their hair right now, reading this! Personally I’m more into death metal, but to be honest all these genres just confuse me. 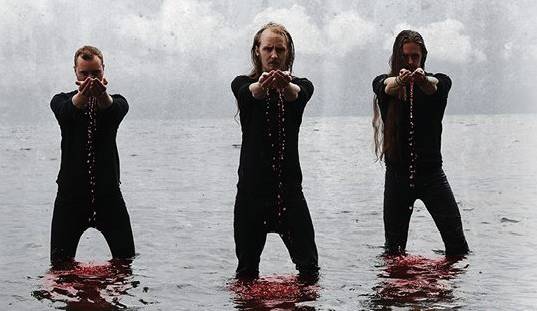 The tech scene is pretty competitive. Musicians are striving to reach new heights when it comes to technique and skills, and because of all this the fans are getting really spoiled and hard to impress, so tell us why our readers should listen to you guys?

We are not here to impress anyone. I think very little of at all when I write. I write whatever comes to mind, and it just so happens to be fast and aggressive. There’s not really more to it for me… If people like it, great! If not, then there are way better bands out there who can impress way better than we can.

That being said, we are authentic. We are not trying to be anything other than ourselves with all our strengths and weaknesses. I for one happen to be the biggest one-trick-pony in the world. I can play fast riffs, sure, but cannot bend a string or play a solo to save my life. The other two guys are better all-round guitarplayers. Needless to say, I’m awesome at hiding my flaws by playing one style quite okay.

As a band we complement each other, and although it’s hard to hear, there are great basslines by our bass-player all over Umbra. Additionally, our vocalist has managed to make the vocals one of the most interesting aspects of the band in my opinion, and I usually don’t focus that much on the vocals in metal. I hope that your readers find something in our music that touches them in some way. We have opted for a fast and ferocious sound, but there is way more to it than that if you listen closely.

How do you think Fleshmeadow is contributing to the further developing of extreme music in Norway?

Hopefully by, further down the road, inspiring even younger people to play heavy and keep the extreme part of the music scene alive. 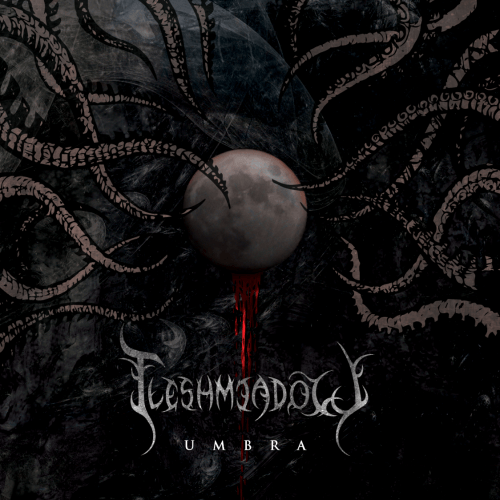 How long did it take to write the album?

It has taken a long time. I had the songs “Fangs Flaying Flesh,” “Isolation,” and “Umbra” already written before I even started Fleshmeadow in 2013. Slowly over the years I’ve written a ton of songs, but I didn’t know what to do with them. During the years with Fleshmeadow we have forged an album using a select few of those that we felt would fit together. It started as a 5-song EP, but grew into a full-length album pretty quick, as I’m always in writing mode.

What are the lyrics all about? Where do you get the inspiration to write lyrics?

I like to keep as much of that a secret for others to interpret on their own. We give people hints and clues and then they can puzzle it together and come up with their own interpretations. I find that when everything gets handed to me, I lose interest pretty quick. People are also generally more interested in that which they do not understand fully. It keeps the brain engaged on a higher level.

That being said, the overarching themes are nightmares, psychosis, reality/unreality, and mental chaos. The lyrics on this album are deeply personal for me, at least the songs and parts that I wrote. I have shared the lyric creation with our vocalist, Fabian, who did a brilliant job trying to make sense of my vague ideas and themes. Most of the lyrical ideas were mine this time around, but the next album will be more of a cohesive team effort.

How do you think your evolution as musicians shows in Umbra compared to your past efforts? (Tell us about the techniques used, production, composition, etc.)

This is our first album together, but we have learned a lot separately over the years that gave us the confidence to do a lot on our own on this record. We did everything except for the mixing and mastering done by Marius Strand in Strand Studio here in Oslo, Norway. We recorded the album over a period of 2-3 months and Marius used a couple of days in the studio with the mixing process. The budget was also fairly low, so we are very happy with the result, all things considered. The only thing we lack on this album is a proper drummer. We programmed the whole thing because we were tired of searching for a capable drummer. We hoped that by having an album out, we could find a drummer more easily by showing that we are actually trying to go somewhere and not just stay in the rehearsal room.

When we get a drummer, we will start to play shows again and promote Umbra properly. Songs for a new album are already written, so the next album will probably not be too far away either. Fleshmeadow has stayed idle far too long. It’s time to get things moving!

Thanks a lot for the interview and the nice words. We really appreciate it!

Get Fleshmeadow ‘s Umbra on: