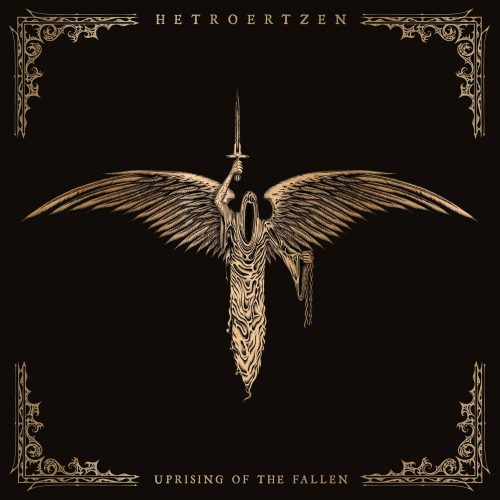 I tend to go overboard with the volume of music in these Shades of Black posts, but this one includes even more minutes of listening than usual. In this one you’ll find streams of two full albums, three full EPs, one single, and advance tracks from two forthcoming releases. And lots of my words, of course. In the middle, I’ve also spliced one very exciting piece of news.

Due to the size of this post, I’ve divided it into two parts. Part 2 is almost finished, but because of the volume of music here in Part 1 and in yesterday’s post, I think I’ll wait until first thing tomorrow to unveil it.

Hetroertzen is a Chilean band now based in Sweden. I first discovered them through the music on their last album, 2014’s Ain Soph Aur (which I reviewed at length here). Their new album, Uprising of the Fallen, is now set for release by their new label Listenable Records on February 24. 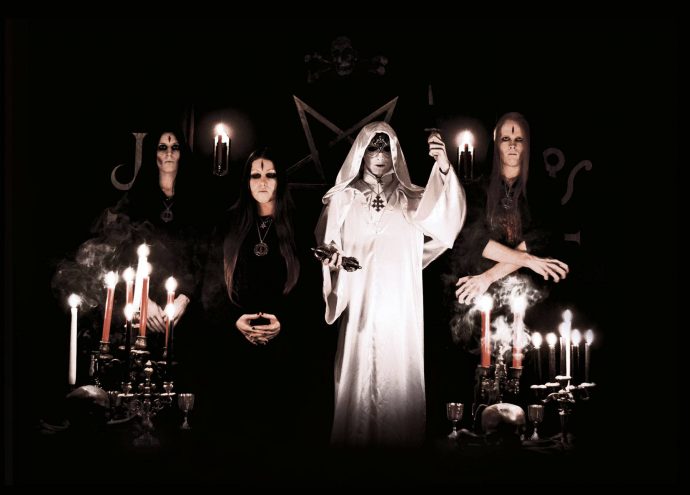 The first song in this collection is a track from the album called “Zealous Procreation“. It exhibits many of the qualities that made this band’s last album so fine.

It has a bleak and blasted atmosphere that straddles the line between stricken and striking, between grief and the infliction of grievous injury. It’s mainly frenzied and poisonous, even when the drums turn from rapid blasting to the sound of tumbling boulders, and the vocals are an ugly, grating snarl that rises up to crackling demonic proclamations. But about four minutes in, the assaulting frenzy segues into an infectious pulsating riff and a rocking rhythm guaranteed to get heads moving. A very compelling piece of Luciferian black metal…. 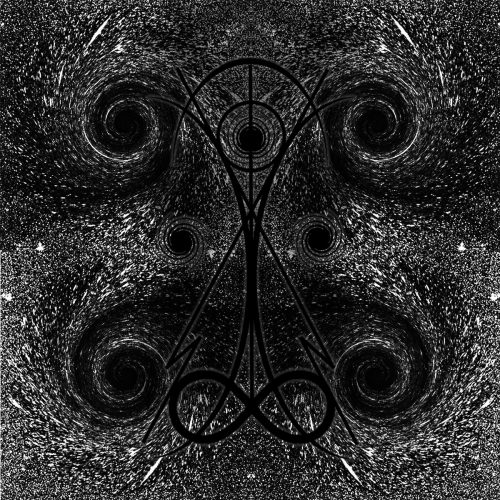 Now we come to one of those full releases I promised, and this one is enormous, and enormously powerful. Imperceptum is a one-man band from Germany, and this is the project’s second album, The Eternal Path To Nothingness, which was released on February 1. (I reviewed the first album here — it’s also highly recommended.)

The new album consists of four tracks of great length, ranging from more than 12 minutes to more than 20. Imperceptum describes the music as a hybrid of atmospheric black metal and funeral doom, and it really is a hybrid, because the result is music that doesn’t neatly fit into either of those genres.

I was pulled into the album by the immediate and absolute fury of the rocket-propelled drum attack that launches “Disintegrating Nebular Storm”. That percussive hurricane is surrounded by eerie, wraithlike ambient melody, and the void-faring atmosphere of the music persists even when the drumming settles into a methodical spine-jarring boom. It’s at that point when the horrifying cavernous growls make their appearance. Those growls become bonfires of shrieking extremity, the melodies coming in slow, cascading waves, both chilling and heart-rending. In the closing minutes, the guitar-and-keyboard melody soars like a vision of a nova illuminating the void.

The contrast between sublime, though somber, drifting melody and the vortex-like destructiveness of the rhythm section that makes “Disintegrating Nebular Storm” such a compelling piece of music is a common aspect of the remaining songs on the album. So is the incredible power of the drum tones and the terrifyingly bestial quality of the vocals. The music does become slower, even more earth-shattering, and crushingly bleak, but it’s far from a conventional exposition of funeral doom; the melodies conjure drifts through astral planes or across the yawning maw of deep space

Each song is so long and richly patterned that separate reviews could be justified for each one, but I only have time to say that they are so cold and spectral that they threaten to freeze the blood in your veins, as if you’ve been cast into space with your pressure suit in tatters, and yet they’re also chillingly beautiful, to the point of becoming mesmerizing. 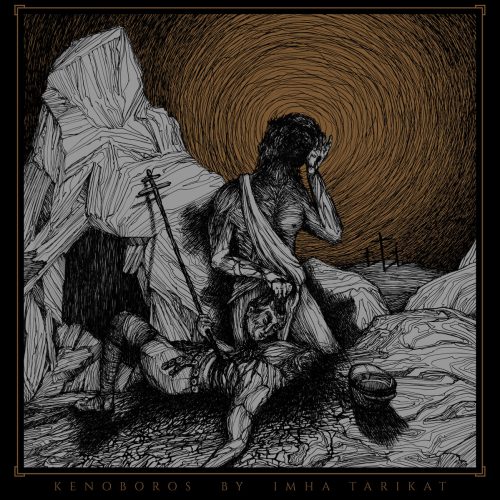 Imha Tarikat is yet another one-man band based in Germany. Its sole creator is Ruhsuz Cellât. Imha Tarikat’s debut EP is called Kenoboros and it was released by Terratur Possessions on January 20.

This is emotionally powerful music, with a depressive, tortured feeling, though it drives hard most of the time. A significant source of that feeling of bleakness is to be found in the vocals — the voice is usually a deep, but agony-fueled roar, echoing and cracking with pain, and also capable of turning into a boiling shriek. That voice gives the music a stricken quality even in its most wild and fiery passages.

The music itself has a heavy undercurrent. A deep, grinding bass tone and the muffled rumble of double-bass drums lend a grim heft to the songs, along with the low fuzziness of the riffs. And you feel a slow dismantling ache during the opening segments of the title track and “Blazing Hive”. But, perhaps paradoxically, the songs are often vibrant, and even bright, as well as depressive; the high lead-guitar melodies are thrilling, and the reverberating solos stand out, ranging from soulful to hysterical.

Kenoboros is a great discovery, and one I hope you’ll enjoy as much as I have.

(Thanks to again Miloš for recommending this EP to me.) 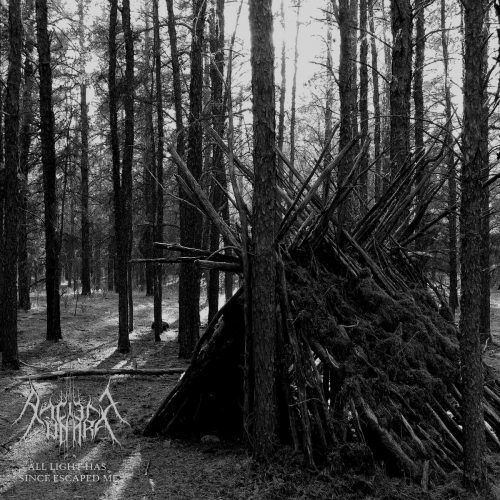 Ancient Tundra is the third one-man project in the first part of this collection, and it’s the brainchild of Nicolas Skog of Hypnotic Dirge Records. The project was active from roughly 2006 – 2010, devoted mainly to dark ambient music. After a long hiatus, Nicolas has revived Ancient Tundra but is pursuing a different musical direction, and has recently released a digital single called “All Light Has Since Escaped Me“.

As explained on Ancient Tundra’s Bandcamp page, the song was originally written and recorded in 2009, but additional layers have been added to the music and  Damian Smith — vocalist of the excellent Canadian doom band Altars of Grief — has contributed both harsh and clean vocals.

The song has a haunting, incorporeal quality, and the reverberating, melancholy guitar melody settles into the skin like a chilling mist, eventually counterbalanced by the abrasion of the accompanying riffs, the rumble of galloping drums, and Smith’s flesh-eating shrieks. The music’s intensity builds from those opening minutes, becoming both perilous and incandescent. The finish is dramatic and pulse-pounding, the song rocketing skyward on the strength of Smith’s clean vocals.