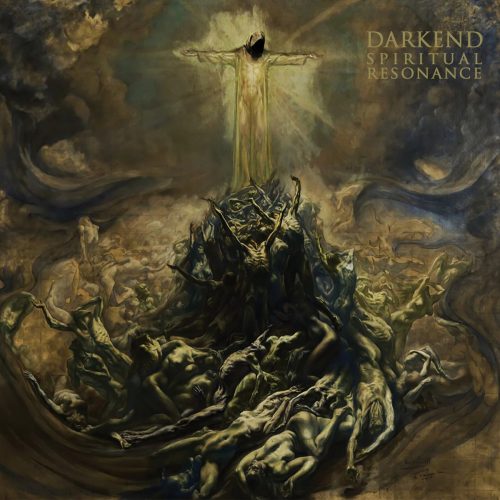 (Here’s DGR’s review of the new album by the Italian black metal band Darkend, which was released by Dark Essence Records on September 13th.)

This website’s fascination with Italian black metal group Darkend began in 2016 with the release of their cameo-packed third album The Canticle Of Shadows. It made a handful of our year-end lists and even landed a song on the 2016 Most Infectious list when that time came around. Admittedly, we have not been the most up to date with the band as of late, and in fact the last time we really posted about the group’s newly released album Spiritual Resonance was way back in June in a news roundup that included amongst its various bands Blood Red Throne, themselves ahaving received a recent writeup here as well.

The three-year gap between Darkend’s previous album The Canticle Of Shadows and the new one has seen the band gain a few more eyes on them, so Spiritual Resonance arrives with some steam behind it. It’s an interesting disc in comparison to its predecessor, less reliant than before on immediate star-power to grab eyes, and also a shorter disc than before – something that has been a trend for the band, since Canticle itself slimmed down to under an hour versus its older sibling’s hefty hour-and-twelve minutes.

Though one track and about seven minutes shorter than Canticle, Spiritual Resonance retains that previous album’s lofty ambitions (which is clearly a Darkend trademark), with its initially deceiving six tracks each clocking in between six and eight minutes. Wrapped within is a swirling mass of black metal that makes a heavy play for the atmospheric and spiritualistic, while also displaying the group’s knack for grand and sweeping theatrics within each song. 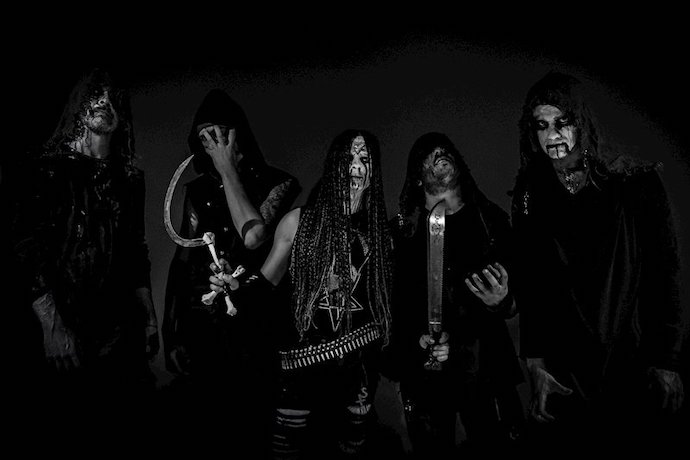 One other thing that does remain firmly unchanged between the two albums is Darkend’s love of long song titles. Having attended the Nile school of song naming, four of the six songs on Spiritual Resonance are lengthy by title alone. Spiritual Resonance opens with the deeply foreboding “The Three Ghouls Buried At Golgotha”, which has the band seemingly tearing through just about every foundational black metal riff available to them within the opening two minutes. The first bit of the song feels like an overwhelming attack once you get past the initial meditative humming.

As an opening song, “The Three Ghouls…” not only lays down much of the blueprint for Spiritual Resonance but that blistering opening number also lets listeners know that Darkend are firmly in their comfort zone, launching through multiple attacks within the span of just one song. It whips itself around through a multitude of heavy and fast riffs before rolling into a lung-shredding snarl and finally hitting something of a reset and starting again.

“Scorpio Astraea High Coronation” – the follow-on track – is a little more immediately composed and less manic in its songwriting, building itself from of a slower-moving guitar part that is heavy on a stomping rhythm. “Scorpio Astraea…” is a little over five minutes of mid-tempo growl, heavy on percussive rhythm in order to build its foundation and then surrounding that with the black-metal standard of tightly picked melodies whose notes move far faster than the main band behind it.

It is likely that “With Everburning Sulphur Unconsumed” (presented through a video you’ll find below) will turn out to be the highlight of Spiritual Resonance for many listeners. It arrives after the aforementioned assault of the album’s first two songs and features the most prominent guest spot on the album, with Wardruna’s Lindy Fay Hella providing guest vocal work for the song’s chorus, creating an absolutely stunning interplay between her own work opening each line and the multitude of roars that follow from vocalist Animae. The song builds – almost literally – off of “Scorpio Astraea High Coronation”, with a main building block of the song being a very similar martial rhythm and slithering rhythm guitar section which makes the two feel more intertwined than may have been initially intended and creates a massive block of mid-tempo stomp early on in the disc. 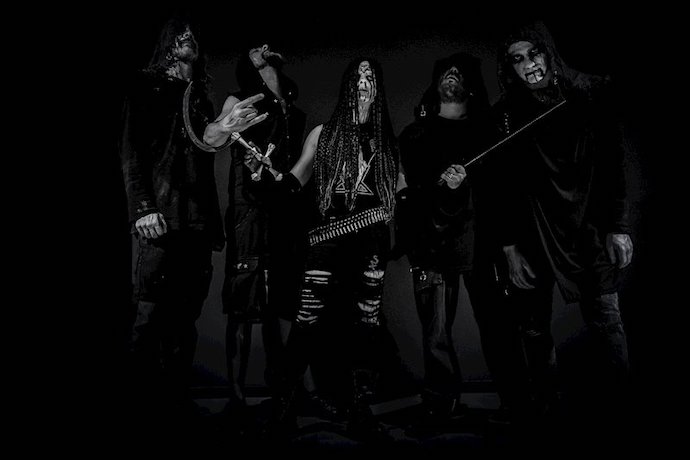 By far the most fire-spewing songs on Spiritual Resonance are the two shorter-titled ones, “Vessel Underneath” and “Hereafter, Somewhere” – the latter of which includes actual utterance of the words “Spiritual Resonance'”. “Vessel Underneath” fills out all the boxes on the checklist of songs that never seem to let up – starting off bellowing flames and continuing to set the world ablaze behind it throughout its lengthier runtime.

It’s as if the band had sat down to review the flow of their album and decided that the previous twelve minutes or so of slower-moving stomp, along with one of the few times where Spiritual Resonance seems reined-in, needed to be scoured from the Earth, and then set out to make “Vessel Underneath” the method by which that would happen.

“Hereafter, Somewhere” is also a lengthier song, as well as one that trawls the heavier realms, and its placement is such that Spiritual Resonance sends itself out on two fairly epic-feeling tracks. “Hereafter, Somewhere” is the more cinematic of the two mentioned here and serves as an excellent build-up to album closer, “The Seven Spectres Haunting Gethsemane”, a song whose near-seven minutes feels absolutely massive as it sees Spiritual Resonance through its passage into the abyss.

Although we’re big fans of the phrase around these parts, Darkend’s Spiritual Resonance really is a striking release. The band at times come across both massive and lithe, as well as grinding out some absolutely ferocious musical passages in between the multitude of calls to arms coming from the vocal front. Darkend have continued to refine their ritualistic scope on Spiritual Resonance, honing in further on the side of black metal that not only revels in its worship of all things infernal but makes a spectacle of it as well.

Spiritual Resonance isn’t an album that reveals itself to be as immediately bombastic as its immediate predecessor, and is actually something of a slow burn in its middle passages. However, when Darkend decide to unleash all hell the effect is stunning, as the band seem to dance between a multitude of passages – much like in their opening song – and to switch gears at the drop of a hat, leaving the listener dumbfounded at just how much is being thrown at them in one go.

At six songs and forty minutes, Spiritual Resonance is an album that is easy to get lost in and worth the repeated journey each time. 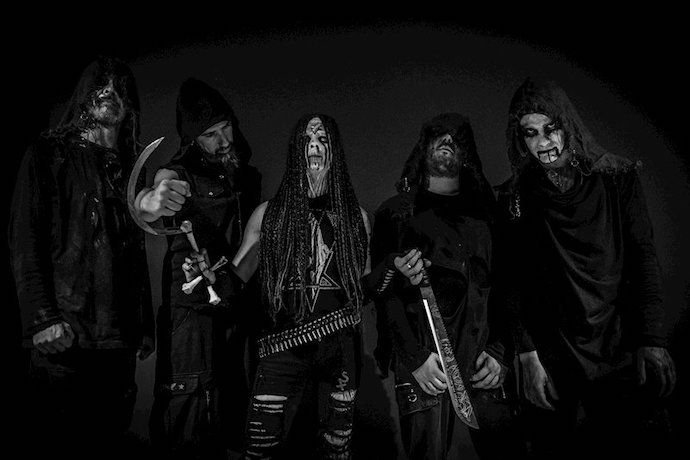