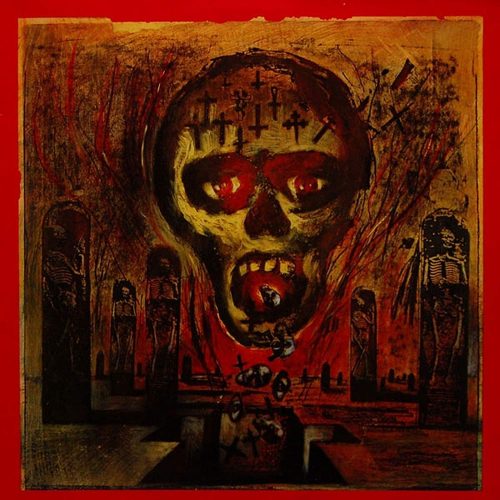 (This is the seventh installment in an extensive series of posts by TheMadIsraeli devoted to a retrospective analysis of the discography of Slayer, and today’s subject is the band’s 1990 album Seasons In the Abyss. Links to the preceding installments are at the end of this post. Our plan is to continue posting the remaining Parts on a daily basis until the series is completed.)

If you had asked me five years ago or more, I would’ve told you that Seasons In The Abyss is my favorite Slayer album, and the best of them all.  Nowadays, frankly, I look back on it with some fondness but I also wonder what I was smoking.

Seasons… has some of Slayer’s best SONGS for sure, but as an album it’s extremely uneven. It finds the band for the first time re-treading old ground in an uninspired manner and suffers from an awful mix, even by the varied degrees of Slayer. 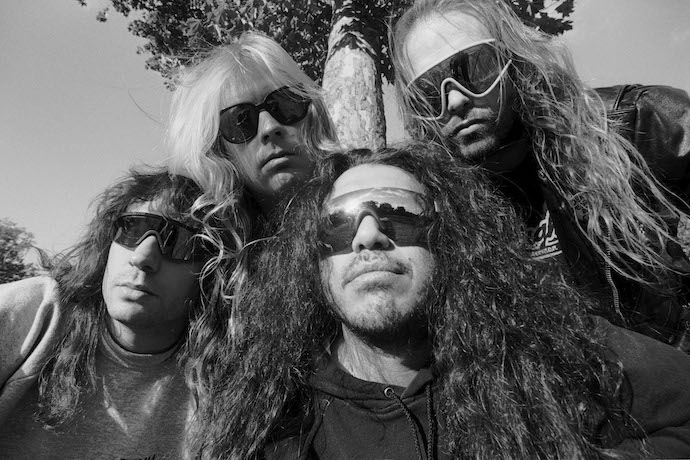 “War Ensemble” is Slayer defined in one song.  It’s full of hellish, blazingly fast riffs full of sinister angular melody, it has a dramatic progression (you can’t tell me the entire midsection and solo section of this song aren’t complete fucking majesty), and sets the mood of Seasons In The Abyss perfectly.  Among the early albums this is Slayer’s darkest one. There’s a much higher degree of riffs that are just gnarly, disgusting, a sort of deliberate organized nonsense.  One of the standout aspects of this album is also the band’s dedication to writing more interesting solos and leads.  While their brand of just atonal nonsense perfectly worked for their sound, King and Hanneman really made an effort here to write some epic, deliberately composed solos, and consequently it features some of the best lead work the band ever did.  The entire solo section of “War Ensemble” is testament to this.

I also think this album contains, flat out, the best mid-paced, military-march sort of songs they ever wrote.  “Expendable Youth”, “Dead Skin Mask”, and the title track that closes the album are quite possibly the top three of these types of songs they wrote. “Dead Skin Mask” takes the cake for a lot of people for good reason. It’s a marvelously composed song and every single part of it is memorable and haunting.

On the other hand, the album has quite a lot of by-the-numbers filler.  Songs like “Spirit In Black”, “Blood Red”, “Hallowed Point”, or “Skeletons Of Society” sound like bad-form B-side material that fails to impress. It’s the first time in the band’s discography you get a real sense of a band just recycling old ideas.

Of course, you can’t talk about Seasons… without mentioning i’s epic closing title track.  This song is magnificent.  The drama, the riffs, the buildup of its superb intro, the lyrics — everything just falls into place here.  It might still be Slayer’s best closing song of all time.

Seasons… ultimately ends up being a solid, but too often pretty lackluster album.  How this used to be my favorite record of theirs is now beyond me, when the much better composed South Of Heaven came before this, and oddly I used to think South Of Heaven was the mediocre one among the band’s early work.

8 Responses to “HIGHER CRITICISM: SLAYER (PART 7) — “SEASONS IN THE ABYSS””