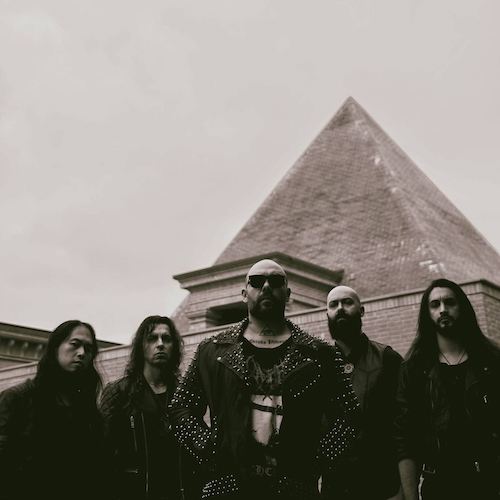 My plan, as it stands right now, is to spend the next week or two, if/when I can, catching up with a few bands who either missed out on last week’s year-end round-up, or who made the lists but haven’t received a full write-up here as of yet.

The reviews themselves may be a little shorter than usual, simply due to time constraints on my end, but hopefully they’ll prove just as insightful as ever. Cough…

Anyway, today we’ve got some groovesome Satanic Doom, some progressively inclined Melodeath, and some nasty Blackened Sludge, so there should be something for (almost) everyone to discover. 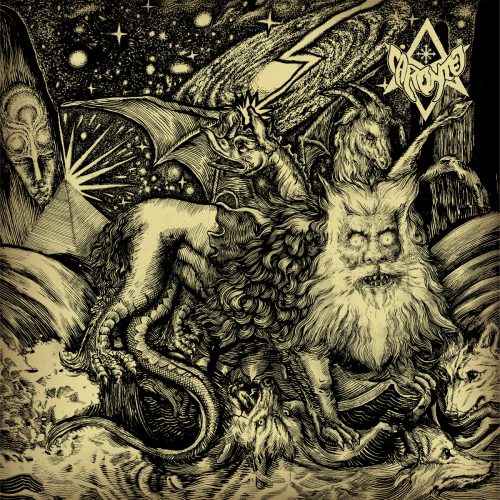 I first stumbled across Caronte earlier this year at Inferno Festival (read more about that here) and instantly fell in love with their striking blend of brooding Stoner grooves and occult Doom rock. In fact I loved what I heard so much I covered their discography for the April edition of The Synn Report.

Now the band are back with their fourth album, Wolves of Thelema (released just last week), which features an extra guitarist, synth player, and a brand new (though not necessarily unfamiliar) attitude, which will hopefully help the band reach an even bigger audience this time around.

As always, the striking vocals of singer Dorian Bones are the focal point of the band’s music, his dynamic and dramatic (or should that be melodramatic?) delivery bringing to mind Glen Danzig, Nick Cave, and Mike Patton, at various different points.

But the vocals alone wouldn’t be enough to carry this record, and one shouldn’t downplay the vital contributions of the group’s instrumentalists, especially the welcome addition of a second guitar to the mix, which helps give the music a beefier, burlier feel all round, even as the extra synths give the whole album a suitably psychedelic acid-wash.

The song-writing has also undergone a bit of a shake-up too, with the majority of the material feeling a little bit sharper and more concise, with an even greater emphasis on big, rhythmic riff patterns and bold, instantly infectious hooks (particularly in the vocals), in a way which brings to mind a heavier, more muscular version of bands like The Devil’s Blood and, yes, even Ghost (give “Black Hole Dawn” a listen if you don’t believe me), as much as the more traditional touchstones like Candlemass, Electric Wizard, etc.

Highlights include powerhouse opener “Wolves of Thelema”, which immediately showcases the increased richness and depth of the band’s sound (some of which must be attributed to the stellar production of Jaime Arellano) while also providing several opportunities for the oft-underrated rhythm section of Henry Bones (bass) and Mike Di Chirico (drums) to acquit themselves with aplomb, the irresistibly catchy “Queen of the Sabbath”, and the cinematic, widescreen wickedness of “Quantum Ecclesia”, as well as the shameless swagger of the aforementioned “Black Hole Dawn”.

That being said, for all that these represent the album’s highest points, there’s no real low points either, so if you’re after something that’s a bit more rock and roll than the usual blast and bludgeon which we cover here, then this could well be the trip you’ve been looking for. Just be careful not to take too much at once! 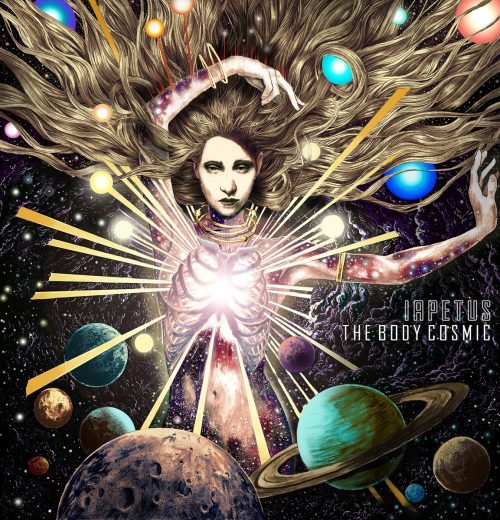 One of the most rewarding discoveries of 2019, for me at least, was the second album from Long Island duo Iapetus, which some of you may have seen mentioned as the “bonus entry” just under Eternal Storm in my Critical Top Ten last week.

As someone who was similarly excited by the debut album from Ne Obliviscaris (Portal of I) but who found both the band’s subsequent releases increasingly lacking in substance, and increasingly stylistically formulaic, I have to say that The Body Cosmic scratches an itch I didn’t even know I had.

And yet, unlike their Australian cousins, nothing about The Body Cosmic feels contrived or calculated. Every song positively crackles with a sense of boundless, organic energy, moving fluidly from riff to riff like a living, breathing ball of electricity, laying down a seemingly endless array of high-impact hooks, high-voltage leads, and high-velocity drum work (courtesy of Ne Obliviscaris’ own Dan Presland).

It’s not so much that Iapetus are totally breaking the mould or reinventing the wheel either – there’s a strong Melodeath foundation to their sound which recalls Nightrage, Be’lakor, etc – it’s just that there’s an aura of freshness and vitality about this album, an almost incredulous sense of “how has no-one arranged these parts, and these riffs, in this way before now?” that’s impossible to deny.

The song “I Contain Multitudes”, for example, really does… multitudes of riffs and ideas, snarling vocal hooks, soaring lead lines, calming acoustic interludes and soothing clean-sung melodies… but never in a way which feels overstuff or disjointed. Even during the extravagant, eighteen minute epic of “The Star of Collapse” everything just fits together seamlessly, all the different pieces locking in to form part of a greater design that only grows more intriguing and engaging the longer you look at it.

The same applies for the album’s less extravagant moments too, from the minimalist ambience of “Dark Matter Genetics” to the intricate instrumental layering of “Hadean Heart” (which itself builds to an almighty crescendo over the course of just less than five phenomenal minutes). Each one serves it purpose, fitting perfectly into the album’s overall narrative flow, while also providing a meditative moment or an all-out feast for the senses in their own right.

This really is a fantastic, multi-layered marvel of an album. It takes all these pieces you thought you knew and shows you new ways to look at them, new ways to put them together, and new ways to appreciate them. If we really are on the cusp of a Melodeath revival, with a new generation discovering fresh and thrilling ways to make everything old seem new again, then Iapetus rightly deserve to be seen as frontrunners of this bold new era. 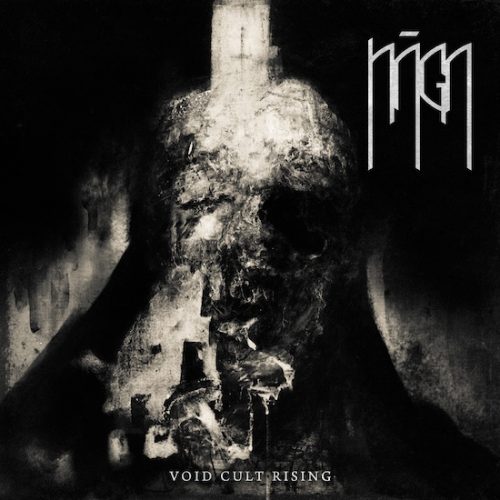 While Italian trio Naga only received a passing mention in my “Great” list last week, I’ve actually been listening to their new album, Void Cult Rising, pretty much nonstop for the last month or so.

The reason for this is eloquently simple – this album is six tracks of seriously nasty, sludgy, blistering Blackened Doom, reminiscent of bands like Phantom Winter, Slaves B.C., and Lord Mantis at their best, and so sickeningly infectious that once it gets under your skin you won’t ever want it to leave.

From the hellishly harsh opening of “Only A God Can’t Save Us” – six minutes of clanking, corrosive riffs, spiteful, strangulated screams, and skittering, spasming drums – and its doomier, more morbidly melodic companion “Melete”, all the way to the dissonant, discordant finale of the monstrous title track, Void Cult Rising offers absolutely no quarter.

Everything about it, from the loudest, most soul-scarring shriek, to the moodiest melody, is designed to horrify and terrify in equal measure.

Yet it’s also, as I said earlier, a sickeningly infectious experience too.

Just try to stop your body responding to the lurching riffs and undulating rhythms of “Bedim the Sun”. Try to keep yourself from swaying along in time to the hideously hypnotic pace of “Thanatou”. Try not to let the bleakly melodic hook of “Pyre” embed itself in your brain. You can’t. You won’t. It’s just not possible. And the more you try to resist, the faster it sucks you in.

The title track, which I mentioned above, is the album’s true piece de resistance, however.

Clocking in at just under fourteen minutes in length, it’s an ugly, unforgiving slab of sludge-soaked sound and howling fury, all squalling noise, grinding distortion and vicious, venomous intent. It’s not a song for the faint of heart – heck, the whole album should probably come with a health warning – but if you’ve made it this far into the record, it’s very much the reward you deserve.

I know a lot of people really enjoyed the new Lord Mantis album, Universal Death Church. In fact, I was one of them. But I’d argue that not only is this a perfect companion to that record, it’s arguably even better, and those of you who like your Metal as heavy and as harrowing as possible would do well to give Void Cult Rising a try.

Just make sure all pets and children are well out of the way before you do. Otherwise you might just have a lawsuit on your hands.