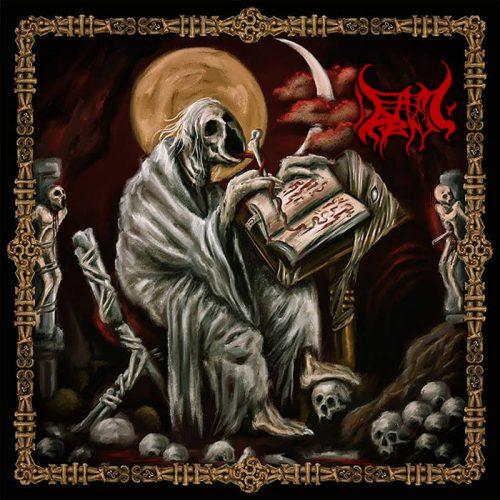 (This is Vonlughlio’s review of the new album by the New Jersey death metal band Dead and Dripping, which was released last month.)

I just love the feeling when discovering a new band that captivates you from the first note and hooks you in for the rest of your existence. That was the case for the one-man project Dead and Dripping,  born in 2016 in  New Jersey, USA.

They released a demo that same year entitled Disillusioned by Excessive Human Consumption, a 22-minute effort that reminded me of the late ’90s and early 2000s golden age of BDM. I discovered the band a year after its inception and got a re-press of that demo, and after all this time I have the same positive reaction as when I heard it the first time. It is aging very well, to say the least. 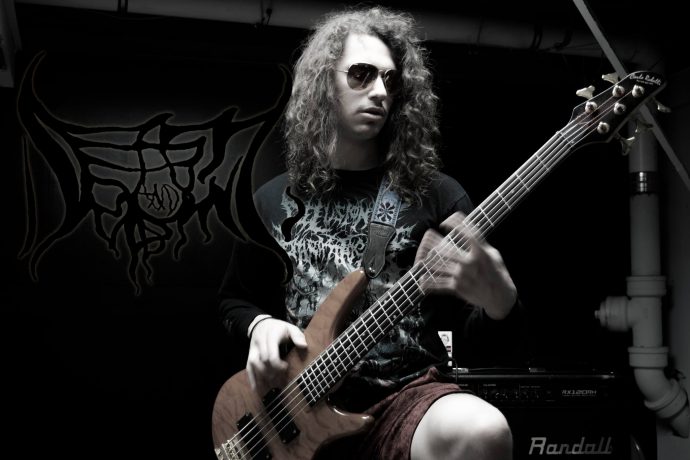 As I mentioned, this is a one-man project, and the mastermind behind it all is Mr. Evan Daniele (vocals, bass, guitars and drums), and his vision for the band is very clear and evident, with no compromise at all.

I have to mention this project is not signed by a label, and like many independent bands it is harder (to some extent) to release and promote their music, especially if you are the only member. But the bright side is total control of the art, sound, and vision, and in this case Mr. Daniele has total control.

After the demo, there was not much news of the band and I was afraid that it was done and no more music would be made (something that happens quite a bit with underground/new bands), but I thought to myself, at least we got one release that will pass the test of time.  Well, that was not case. A couple of months ago, Mr. Daniele announced the release of the Dead and Dripping debut album Profane Verses of Murderous Rhetoric, and we were excited and anxious for this to be upon us mortals.

The album was released on October 3rd and has been in our playlist since then. This picks up where the demo ended and solidifies Dead and Dripping as a top BDM machine who executes with precision each of the instrumental roles, all of which shine individually, and vents vocals that are impressive — some of the best out there. The 7 songs are all above four minutes (except an instrumental track) and they combine BDM and technical elements that flow together perfectly, with no dull moments to be found.

With a natural/organic production, this is the prime example of how to allow each of the instruments to play their key roles. In this effort, the guitars and the bass are the driving forces, and they bring diversity to each of the songs, feeding off of each other.  The drums are executed without mercy, and I love the depth they add to the sound, which makes them, along with the vocals, one of my favorite aspects of this release.

Anyway, this is one independent release that should not be overlooked, and I’m sure that any support would be welcome. It’s available digitally on Bandcamp now, and pre-orders are being accepted for a CD edition.