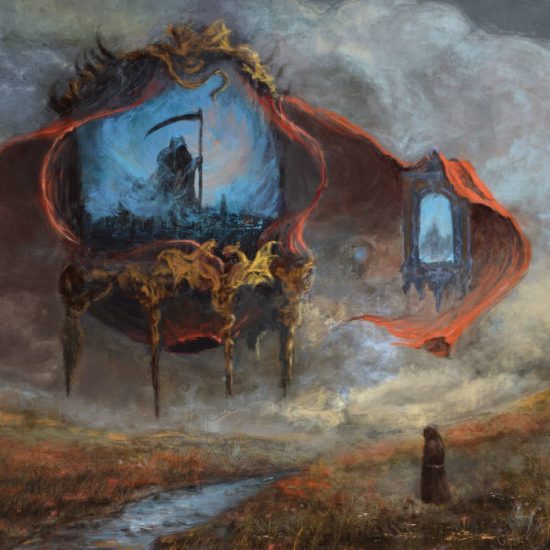 I’m racing to finish the writing of this column so that it won’t appear too late in the day (or night, depending on where you are), so I’ll skip the introduction — other than to say there’s a lot of music here and a lot of variety too.

“The horror and helplessness of the modern world clashes with the ancient past, and we bear witness to Antediluvian Dreamscapes as nightmarish as they are vivid and tortuous. The end of all life and the birth of the world are indistinguishable, and all who listen will be morbidly subjected to the harmonious torment of our writhing souls. The hour is come.” 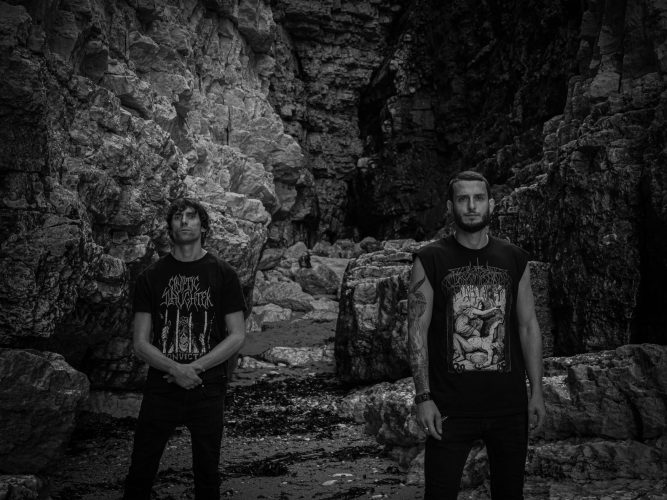 Ruthlessly casting any timidity aside, Ante-Inferno go with the 10 minutes and 15 seconds of “Celestial Mirage” as their first advance track from the album, and pair it with a music video.

For most of those minutes the song is a barrage of blazing and bleak riffs, pummeling drums, and acid-bathed screams. The anguish and torment in the music are unmistakable, especially when the pace slows, but as the chords rise and fall they root themselves in the listener’s head, and the prominent bass lines are equally contagious.

Antediluvian Dreamscapes will be released by Vendetta Records (CD/LP/Tape/Digital) on May 13th. Credit for the eye-catching cover art goes to Stefan Todorovic. and the video makes wonderful use of it. 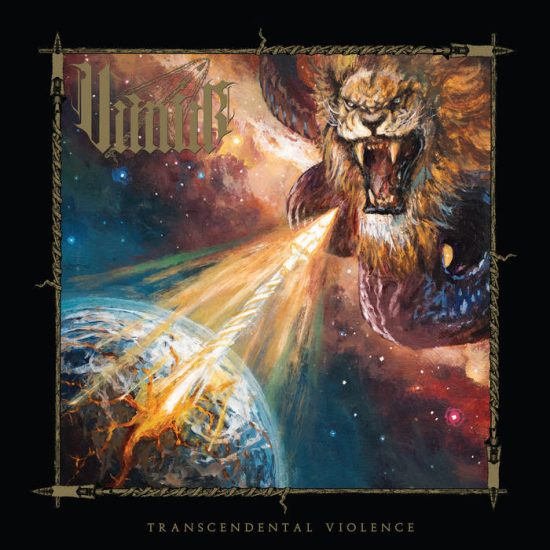 Adam Burke‘s cover art for the forthcoming third album by these Georgians provides a good clue to what you’ll hear next, though if you caught their last album Triumphant Master of Fates (reviewed here) you’ll have an even better idea.

“Aeonic Upheaval” (which recently premiered at Metal Injection) swings, slashes, stomps, and soars, channeling perilous menace, electrifying delirium, shattered hopes, and calamitous yet mesmerizing grandeur.  The music is packed with changing riffs that become beleaguered in their mood but reach astonishing heights of white-hot intensity. As in the first song in today’s collection, the vocals are scorching and the bass plays a vital role.

The name of Vimur‘s new album is Transcendental Violence, and Boris Records plans to release it on April 2nd. 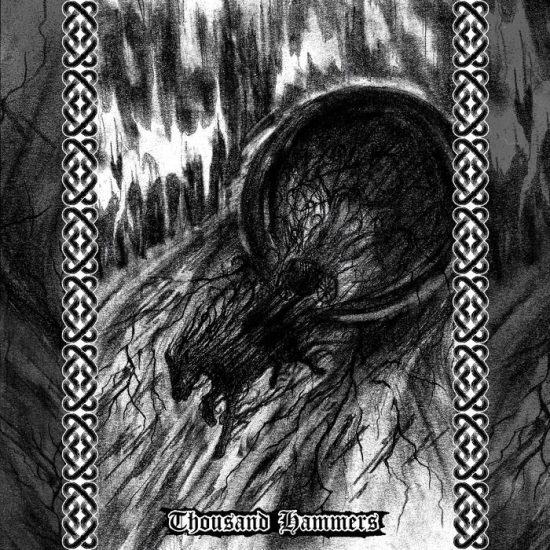 Now I’m leading you into the gnarled woods of raw black metal with Thousand Hammers, the second demo by Silent Thunder, which is the work of the same person (M.) who’s behind Lamp of Murmuur. He reports that it was “written, recorded and mixed during two painful days as a homage to one of the greatest visionaries in black metal, LAM”.

The rough-hewn riffs in the first three songs are all charismatic, beginning with the grim fanfares and violent spasms of “Countess In The Fog” and continuing through the sinister and scintillating sorcery of “Saturnian Gifts” and the incendiary and anguished ravages of “Thousand Hammers”, all of them driven by knife-edged, skull-splintering snare drums that will get your legs jumping and capped by fiendishly hostile vocals. The riff-fest ends with the eerie celestial magnificence of “A Flaming Chariot Across the Nightsky”, where the band’s ambient leanings surface in this demo for the first time,.

The demo is being released on tape via Out Of Season and on LP via Not Kvlt Records. 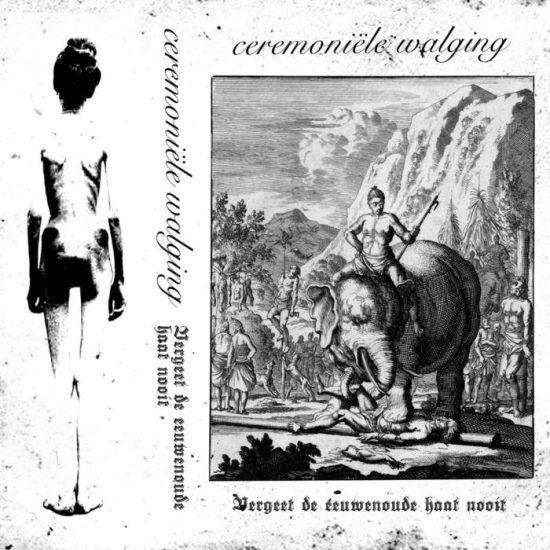 Staying in the poisonous vein of raw black metal, I’m now recommending a debut EP that I just discovered but which was released in August 2021. The band’s name, ceremoniele walging, seems to mean “ceremonial disgust” in Dutch, and Google Translate renders the EP’s title, Vergeet de eeuwenoude haat nooit, as “Never forget the age-old hatred”.

True to the tropes of the genre, the guitars are severely corrosive, and the equally corrosive screams are almost buried in the abrasive riff-storms and the hammering percussive turbulence. But here’s the thing: The dire riffs of “Brandt de steden plat” ring as well as rake the ears, and as they cycle over and over again they take root in the listener’s head and break the heart with their agony. If you’re like me, that ravishing opening song will pull you in the rest of the way.

The next three songs hold to the format of the opener, relying heavily on the repetition of harsh, piercing riffs that wear their yearning and broken hearts on their sleeves. The drum rhythms vary, seeming to frolic in the second track, providing a lurching and swinging cadence in the third, and firing like cannons in the closer. The vocals are relentlessly tortured and torturous. But it’s those cycling riffs, which become tragically magnificent, that play the starring roles. 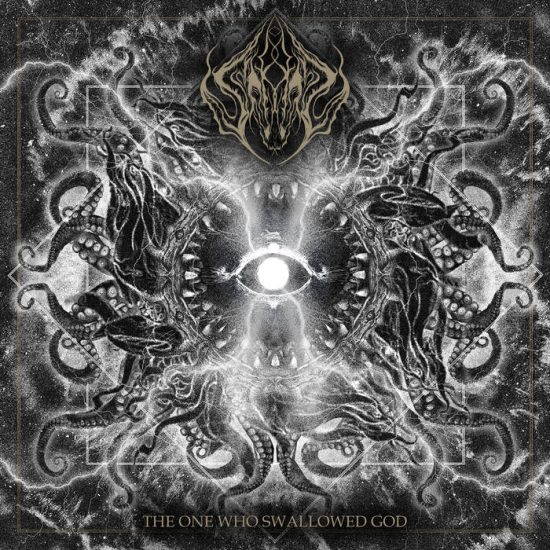 Now I’m making a significant turn in the course of today’s compilation, veering off into black metal that makes significant use of symphonic keyboards (the following track even more so than this one). But to be clear, they are only one of many ingredients in this breathtaking song. Other ingredients include deleterious but dazzling guitars, voracious vocals that explode in torment, and gripping drum-and-bass work.

The song is remarkably intense, and intensely disturbing. The synths and the wild raging and ringing of the guitars elevate the song to extravagant heights of affliction. A gripping piano melody surfaces, surrounded by feverish guitar dissonance, and the band also incorporate a spellbinding digression (the spell broken by the harrowing ravages of the vocals) that lifts us off the earth — and we stay up in a mysterious stratosphere from there to the end, even as the drums blast away again.

“Mastering the Chaos Meditation” is the opening track from a new EP named The One Who Swallowed God. It’s set for release on April 1st by the multi-faceted Personal Records. The press materials make reference to old Dødheimsgard, Ved Buens Ende, Arcturus, and Maniac-era Mayhem. 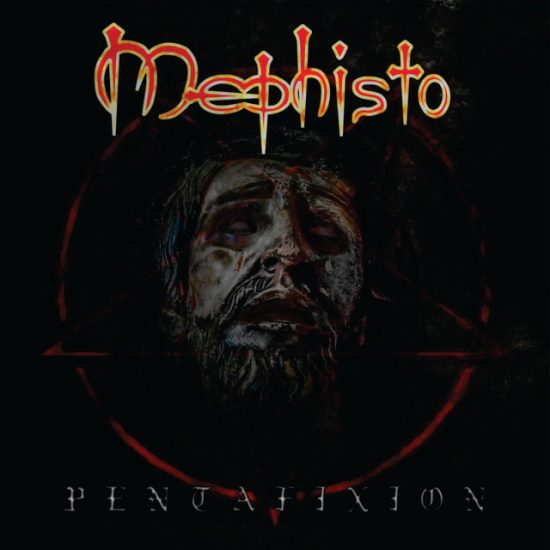 I decided to include this next song (“The Undivine Blessing“) in large part because the video that was made for it is so spectacular. But I suppose it had to be, because the song itself is so over the top.

We see all the band members playing, but the classically orchestrated symphonics and synthesized choral voices are such an overpowering presence that what the other performers are doing is almost undetectable. You can hear the distant rumble and thrust of the bass and the clatter of the drums, and the gritty roaring vocals do force their way through with teeth bared, but the rippling piano keys, the sounds of darting strings, the orchestral sweep of the music, and the massed choral voices are principally what give the song its grandiose gothic power.

This is the third music video to be pulled from Mephisto’s latest album, Pentafixion, which was released by WormHoleDeath in March of last year. 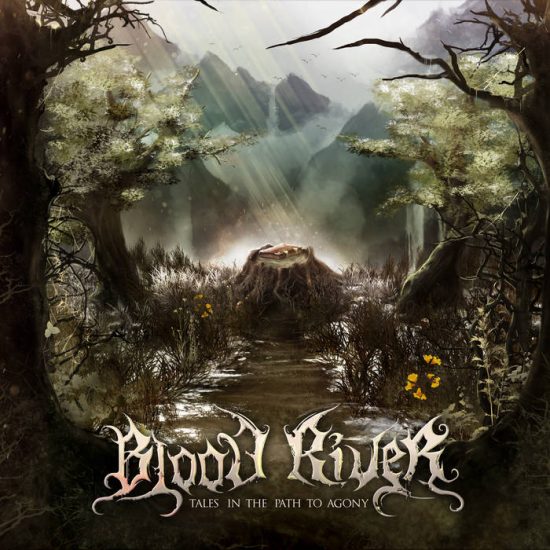 The final song in this collection, “In the Depths of the River“, seemed to fit with the preceding songs because of its use of keyboards, so I’ve put it here. It comes from an album named Tales in the Path to Agony that was released last October, but it’s a new video that brought it to my attention.

The video shows what appear to be scenes from the recording session for the song, and everyone seems to be having such a good time that the feeling is contagious. I had to listen to the song again without watching the video to get a better grasp of it, though the many attractions of the music do come through despite the gregarious pleasures of the video.

The song will get your pulse jumping and give you a good battering, and the tandem of death roars and blackened shrieks are ferocious. The piano keys and synth overlays play important roles, but the riffs prove to be equally gripping. It’s a fierce and fiery song that swells the heart.