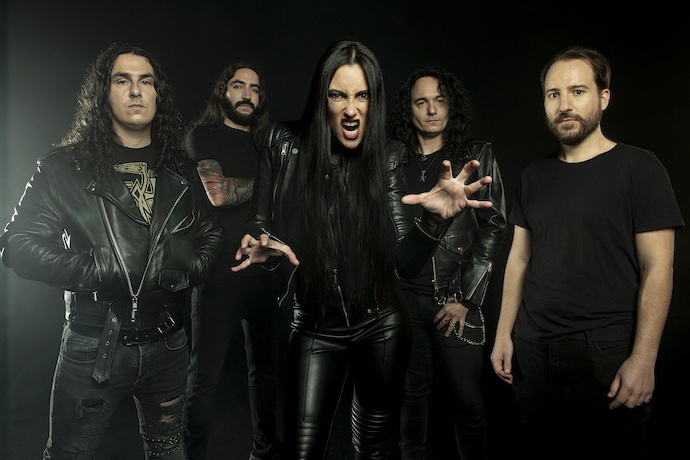 (Here’s DGR‘s review of the new album by the Spanish metal band Bloodhunter, which was released on May 27th by Maldito Records.)

It would’ve been fully understandable if Bloodhunter had chosen to rest on their laurels for their third album Knowledge Was The Price. After a nearly five-year gap and some lineup shifting since their previous release, 2017’s The End Of Faith, the band would’ve been fully justified in playing it safe. They already have a rock-solid – and recognizable – formula in place that works pretty well for them, and yet on the group’s newest release  Bloodhunter don’t quite play into that.

They wrote a ton of music – Knowledge Was The Price is a weighty beast musically – over the timespan between their two albums, but it’s so surprisingly varied that they never fully settle into the bog-standard galloping guitar riff with mighty shriek on the vocal-front style of song. It wouldn’t be such a common trope if it didn’t work so well, which is why Knowledge Was The Price is an unexpectedly interesting album, because for as much as the band do play close enough to that fire and bend it to their will, they also try to differentiate themselves a lot from it. It’s an acrobatic listening experience for sure and one that will be intriguing to gauge people’s excitement for, since each release for them feels like their biggest yet. and it’s highly likely Knowledge Was The Price will once again be placing them in front of a bunch of new people. 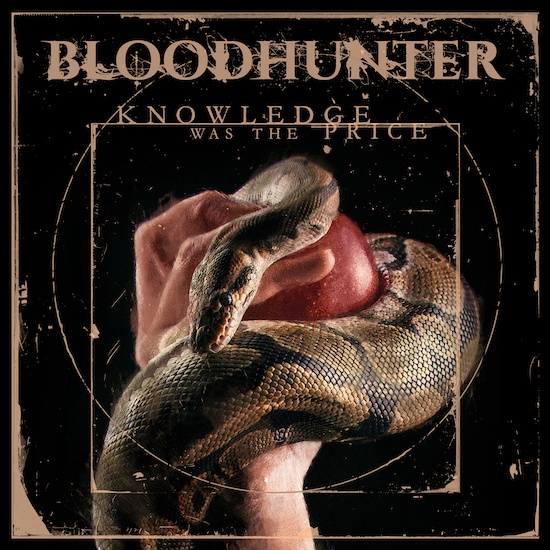 Within the first five songs of Knowledge Was The Price you get five different takes on the Bloodhunter sound. The album just seems to jump back and forth in its opening volley and even then still manages to pull out a couple of eyebrow-raising surprises. There’s no obligatory introduction song – events just get underway and soon you’re ensconced within “Sharpened Tongues Spitting Venom Inside” and “Knowledge Was The Price” itself, both surprisingly percussive songs in their opening moments.

You’d expect a straightforward gallop out of them but both of those tracks lean just a bit harder on the heaviness meter in the album’s opening assault. “Sharpened Tongues Spitting Venom Inside”, for instance, favors a heavy groove and a shifting guitar lead that dances in and out of the musical fray. Even when the song quiets down it doesn’t feel like a traditional solo section, it’s just a bit off the beaten path until things get back to the more traditional headbanging moments of the song. “Knowledge Was The Price” is an even more drum-heavy song, which immediately goes into a shred-tastic guitar solo before that driving rhythm becomes the focal point of the song. The pairing are an interesting one-two punch for the opening of an album and a show of how much musicality there is in the Bloodhunter crew’s arsenal.

Even though it was an advance single, you would’ve thought we’d be suitably prepared for an appearance by Tim “The Ripper” Owens on “Never Let It Rest” – which is the album’s most traditional ‘me against the world’ battle anthem – yet the opening yell and vocal contributions throughout the song still had the element of surprise to it. It’s almost like he was waiting in ambush on the side of the road for the unsuspecting listener to walk by after the first four songs had lulled you into a sense of security and safely wrapped you in the arms of melodeath and angular groove. Then, suddenly, he strikes and you get an out-of-left-field high yell in the opening moments.

Then, after that, during “Find Your Inner Fire” you get a slowed-down melodic section with a bunch of guitar finger-tapping that sounds like it could’ve been in Gojira‘s past couple of releases before Bloodhunter shatter that wall into dust. As mentioned before, you’d expect the band to stick to a more traditional formula but they keep looking for ways to surprise in the opening half of the album and every song winds up different because of it. 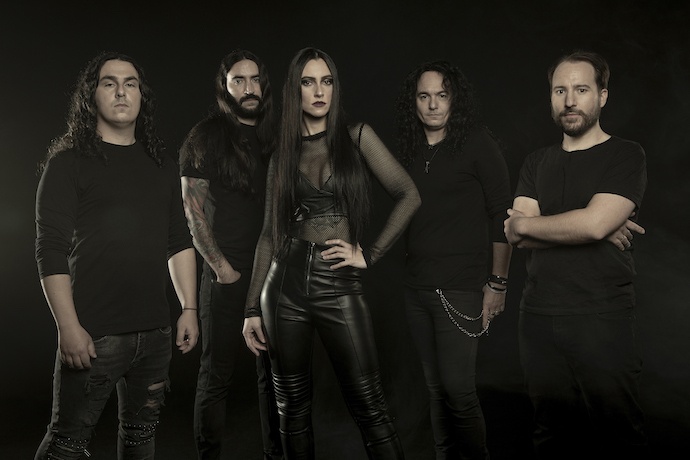 That’s just the first half of the album too. Some bands have gaps between releases and return with a concentrated batch of songs and others never seem to stop creating with the time available to them and return (as here) with thirteen songs and fifty-five minutes of music. Bloodhunter took the second approach and the second half of the album kind of cycles back around on itself. It’s also where you’ll find more of your traditional galloping melodeath songs.

There’s plenty of guitar shred to be found in a song like “Spreading Your Disease”, and “The Hunters” makes a very late play for being one of the heaviest songs on this release. Still, within all of that music on Knowledge Was The Price the band pack a very indulgent four-minute instrumental in the mix in “A Relentless Force”. It certainly hadn’t felt like anyone was being given the short end of the stick when it came to musical spotlight on the album but by the time “A Relentless Force” wraps up everyone will have gotten the opportunity to get a wall of notes out of their system. Especially considering there’s three songs left after that and one of them is a cover of Children Of Bodom‘s “Bodom After Midnight”.

“Bodom After Midnight” is played fairly straight so it’s just a nice bonus on an already pretty large serving of music. The bass guitar work is brought to the forefront though, and it highlights just how focal the bass part was in that song. The bass guitar is rock-solid throughout the whole of the album. 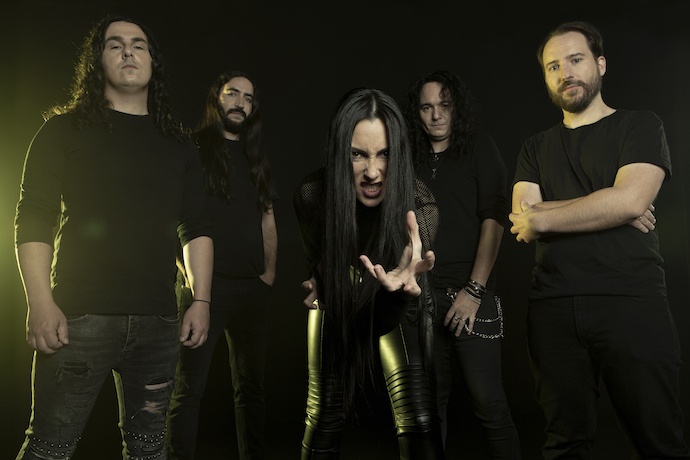 Knowledge Was The Price is one of the more generous albums in some time on the money-to-time ratio. There’s – emphasis here – a lot of music on this album. Bloodhunter wrote songs like they’d never get the chance to record again and took every shot they could. If you want to hear a whole bunch of multi-faceted takes on this group’s galloping melodeath style then Knowledge Was The Price should have you covered easily. There’s plenty of guitar shred to keep you satisfied, plenty of different vocal assaults from all corners throughout, and plenty of drumwork that keeps the machine rumbling.

Is it a lot to approach in one go? Oh yeah. Yet there’s no drop in quality at any point and Bloodhunter remain a steady ship throughout the turbulent waves of heavy metal they’ve brought us. They do their best to keep things surprising just when you expect them to settle into the ‘me against the world’ style of songwriting that has become such a hallmark of this style, and that’s appreciable all on its own.