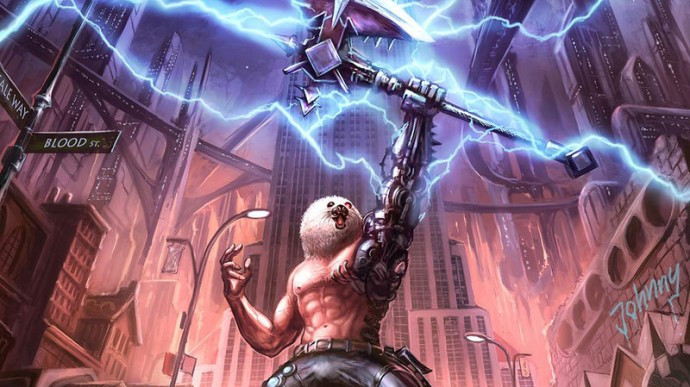 Perhaps the last of the “big platform” year-end metal lists we will re-post this year, NPR’s Lars Gotrich has today unveiled his line-up of favorite metal albums from the year that’s about to exhale its final breath.

For this of you who’ve been paying attention, earlier this month we jokingly reprinted “just the heavy stuff” from NPR’s overall cross-genre list of the site’s 50 favorite metal albums from 2014 — a list that consisted of one album, Pallbearer’s Foundation of Burden. But although NPR’s resident metal guy only got one slot to fill in that overall list, he got free rein on this new list. And what did he do with all that freedom?

Well, he compiled a list of 10 albums whose hallmark is diversity. Of course, Pallbearer reappears along with one other album that’s becoming (understandably) a near-ubiquitous presence on 2014 year-enders — Triptykon’s Melana Chasmata. But with a nod to High Spirits, he’ll make our man BadWolf a happy camper, and fans of Origin (whose name has appeared almost not at all in the other lists I’ve seen) will likewise be pleased. For myself, I got the biggest grins from seeing Skull Fist, Thou, and Wo Fat (!) on the list. And I’ve also now got some albums I’ve never heard of to go check out (like the one whose cover is partially exposed up above). END_OF_DOCUMENT_TOKEN_TO_BE_REPLACED 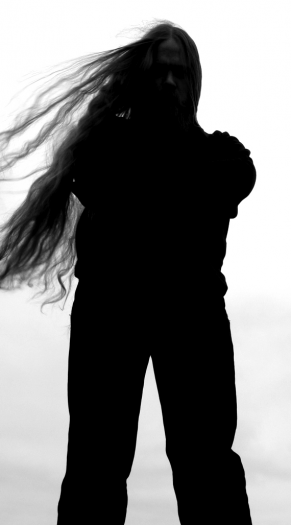 (Continuing with this year’s edition of LISTMANIA, I again invited Johan Huldtgren of the Swedish black metal band Obitus — whose latest release appears on one of the Elemental Nightmares splits (here) — to share with us his year-end list. Once again, he agreed. An expanded version of this list appears on Johan’s blog.)

As in 2013 I’ve had a very busy year outside of listening to music; life and work have kept me on the road a lot, and as a result I know I’ve missed a lot of releases this year. That said, I think this year’s list is quite strong, but I’m fairly certain that in a few months I’ll find a few albums that had I heard them earlier, would have made this year’s list. Alas there is little to be done about that, these lists are after all a snapshot in time. So here is the list of my favourite releases from 2014: END_OF_DOCUMENT_TOKEN_TO_BE_REPLACED

For the last month we’ve been rolling out a multitude of year-end lists written for our site by musicians, fans, fellow bloggers, and our own humble staff, but we’re still keeping an eye open for lists that appear at what I’ve been calling “big platform” web sites, i.e., entertainment portals with big audiences that don’t cater only to metalheads. Today, Pitchfork unveiled its list of “The Best Metal Albums of 2014”.

After the jump, you’ll see Stosuy’s Top 25, and by following this link you can read his thoughts about each selection and listen to sample songs; the additional lists contributed by the other Pitchfork metal writers can be found at the same place.

As for the list itself, it includes many names that have been appearing, well, everywhere (e.g., YOB, Pallbearer, and Godflesh), but it also includes some names that, although deserving, will likely appeal to a much narrower slice of listeners (e.g., Thantifaxath, Teitanblood, Krieg, and Diocletian). But perhaps the biggest surprise — and a welcome one — is the album that landed in the No. 1 spot. END_OF_DOCUMENT_TOKEN_TO_BE_REPLACED 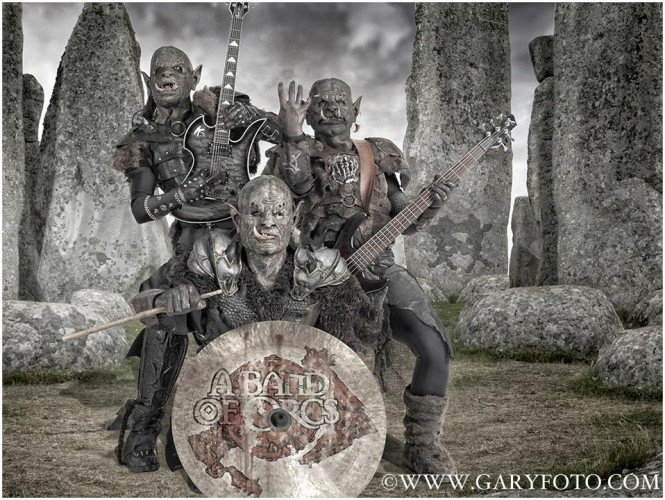 (HAIL GZOROTH! We filthy NCS human are pathetically grateful to Cretos Filthgrinder, provider of lead and crunchy guitars and utterer of gutturals and growls for A Band of Orcs, for accepting our invitation to share with us his year-end list. HAIL GZOROTH!)

Tom G. Warrior should slay it all! Tusks up for the abysmal masterpiece that is Melana Chasmata. From the first ear-piercing guitar tone to the last oRcgelic female vocal, Melana Chasmata takes Cretos out of Hirntodia and into the maelstrom of Celtic Frost-style hooks and doom-inspired hauntings. Melana Chasmata very well could be the best offering since To Mega Therion.

END_OF_DOCUMENT_TOKEN_TO_BE_REPLACED

(Today we welcome Dan Barkasi to NCS. Dan plans to provide a monthly column on new metal releases that ring his chimes, and in this post he introduces himself with a year-end list of top albums and EPs.)

Hello, fine folks of NCS! My name is Dan Barkasi, and I’m a newcomer to this fine collection of music lovers. Who the hell are you, you say? Simply, you’re looking at a guy who – like yourself – has a very keen love of music. And, yeah, this guy tends to never shut up about it. But that’s good, as I get to share lots of goodies with you all!

I’ve been writing since 2003, am 32-years-old, and have been listening to the good stuff since I hit the ripe old impressionable age of 12.  So really, about two decades of living this sort of music. That makes one feel really old!

Anyways, the subject of this monthly column is going to be what’s been rotating that’s new and fresh in my scattered brain. Maybe a mention of some classics along the way, as well.

While thinking about what the best way to introduce myself to you fine folks, the conclusion was to cook up an extensive year-end list. You’ll get to know my musical preferences – which are all pretty damn eclectic – and maybe you’ll find a few gems that you may not have stumbled upon otherwise. Great! Enough of my blathering – to the tunes! END_OF_DOCUMENT_TOKEN_TO_BE_REPLACED 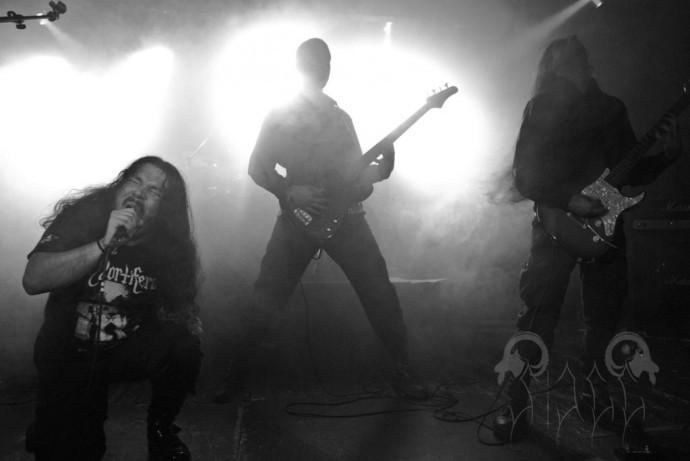 This is another exception to the rule of “no clean singing”, and among the milder types of metal that’s been mentioned on NCS, so I won’t say too much about it. Grand Magus released a new album in 2014, entitled Triumph and Power. It’s a good heavy metal album, and a big step up from their previous one, which, at least to me, was a big disappointment. If you enjoy heavy metal and can appreciate clean vocals (did someone shout “blasphemy”?), you should check out the following couple of songs from the album. And if you don’t know the band from before, make sure you don’t miss their first two albums. END_OF_DOCUMENT_TOKEN_TO_BE_REPLACED 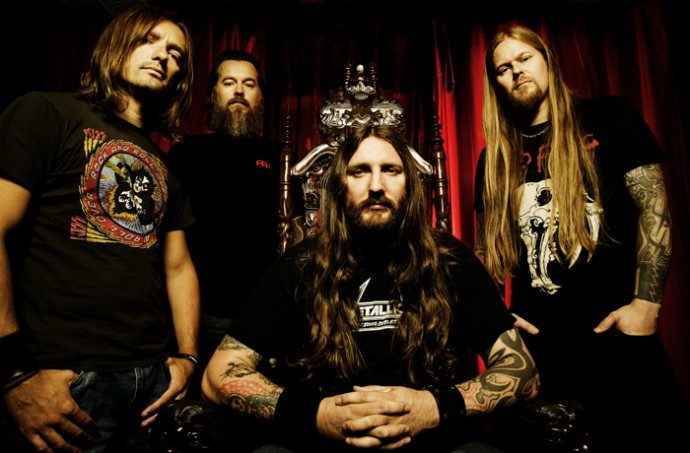 The first item on my list is Orange Goblin’s latest album, entitled Back from the Abyss, which was released in October. This excellent album hasn’t been featured on NCS, but seeing as it is on my personal top-three-list of albums of 2014, I decided to do something about that. Orange Goblin is, of course, an exception to the rule of “no clean singing”, but considering how infectious the entire album is, I’d say it fits NCS perfectly nonetheless. END_OF_DOCUMENT_TOKEN_TO_BE_REPLACED 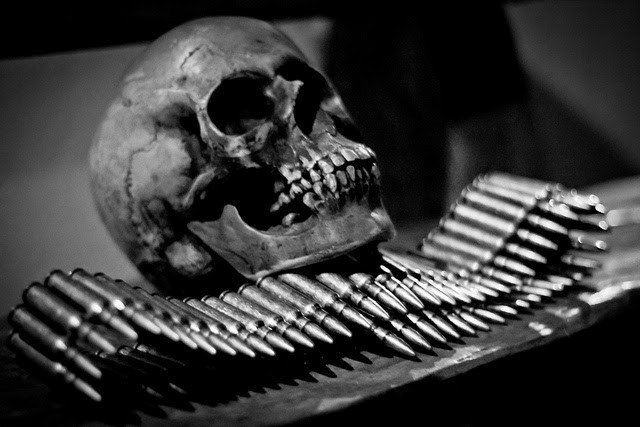 At this point half the bands in metal today are trying to be blackened something, so here are the top ten black metal bands, that aren’t death metal bands trying to grim it up or post- rock bands with some anguished screams mixed in… these are all bands that are so pure… so cold. The cream of the crop this year came from not only Norway, but also France, Canada, Sweden, Chicago, and the Deep South. So here we go… END_OF_DOCUMENT_TOKEN_TO_BE_REPLACED

(We renew another cherished annual tradition as we present a year-end list of metal from Tr00 Nate (ex-The Number of the Blog) — whose own blog is here.)

Another year, another list. I’ve always enjoyed doing these lists, starting way back in 2009 when I made my first post on The Number of the Blog. Since then I’ve managed to make one every year, with various amounts of effort put into them. It’s weird that I consider my main stretch of internet blogging to have been with Number of the Blog, yet I only made two lists for that, while this will be the fourth I’ve written for No Clean Singing. Anyways, my adoptive home has asked me back to write for them again, and I’m all too happy to do so.

2014 wasn’t quite the year 2013 was. Last year it felt like there was a huge deluge of just great releases coming from every corner of the planet. This year I really had to think about my top 20. The top 10 was easy, but after that it was a struggle to think of the truly great great albums that came out this year. Not to say that numbers 20 through 11 are forgettable albums. I think they’re all great. It’s just that last year the struggle came from whittling it down to twenty as there were so many albums I wanted to talk about that I couldn’t fit on the list. Some of this might be jadedness as I’ve listened to a lot of stuff that people have thought is awesome, and if I had heard it like two or three years ago I would’ve been all aboard that shit. But now I just get a “yeah that’s cool” reaction to so much shit. It’s kind of depressing, but it does make the stuff that breaks through all the better. END_OF_DOCUMENT_TOKEN_TO_BE_REPLACED

(The esteemed Professor D. Grover the XIIIth once again provides us with his year-end list of personal favorites, and an eclectic list it is.)

Greetings and salutations, friends. I apologize for my recent silence, but real-life intrusions (growing children, job promotions, that sort of thing) have made it all but impossible for me to write. Still, I listen when I can find the time, and as such, I return to provide you with my annual year-end review. As always, my list has reached an absurd size, with fifty albums and a separate list of fifteen demos and EPs. However, my comments about each album may not be quite so in-depth due to the aforementioned lack of time.

First, we have the EPs, demos, and singles that I enjoyed this year. Sometimes a shorter release can better capture my memory due to its short run-time, because I can listen to it more and really, truly digest it. These fifteen are all excellent releases. END_OF_DOCUMENT_TOKEN_TO_BE_REPLACED