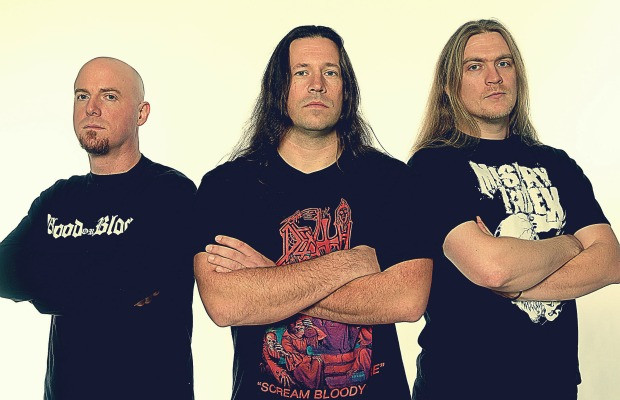 Come on now, you didn’t really think I was going to let a new Dying Fetus song pass by, did you? I’ve been a little slow on the draw lately, but I can still clear the holster. And yes, there’s a new Dying Fetus song that’s been released for public streaming. It’s called “From Womb To Waste”, and of course it appears on the Reign Supreme album that will be released on June 19. It’s really good.

In fact, I’ll just go ahead and be a douchebag and say that the whole damned album is really fuckin’ good. In fact, it’s definitely in the running for the best death metal album of the year. Speaking of which, because I have such a hard time comparing albums and ranking them, I’ve decided that I’m going to use a loris race to rank the best death metal albums of 2012. I’ll round up a bunch of them from the NCS loris compound, tie band names around their necks, and let them race for the finish line.

Of course, they’re really fuckin’ slow, so I’ll have to start the race in, like, August.  That will be hard on the bands who release albums in the last four months of the year, but I don’t feel too bad about that because it’s not like bands are waiting around holding their breaths to see if they make the NCS year-end list, especially since we’ve never had an NCS year-end list.

Where was I?  Oh yeah, the new Dying Fetus song. It debuted at AltPress. I borrowed their little player to stream the song after the jump. There’s more new music after the jump, too — from Blacklodge and Panopticon. END_OF_DOCUMENT_TOKEN_TO_BE_REPLACED

The central figure looked familiar, and after a bit of  research at The Font of All Human Knowledge, I confirmed that it’s the Egyptian god Thoth, which The Font describes as a god who, in the later history of ancient Egypt, “became heavily associated with the arbitration of godly disputes,the arts of magic, the system of writing, the development of science, and the judgment of the dead.” END_OF_DOCUMENT_TOKEN_TO_BE_REPLACED

Having said all that, please feel free to leave Comments and tell all of us (me and your fellow readers) what I missed when I put this list together, because I’m abso-fucking-lutely certain that I missed all sorts of shit. So let us know about albums on the way that  you’re stoked about, even if you don’t see them here! END_OF_DOCUMENT_TOKEN_TO_BE_REPLACED