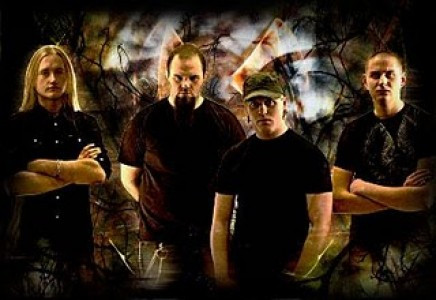 These dudes have really let me down.

In one of our previous Math Metal Monday features, we wrote about Swedish tech-death band Soreption and their awesome June 2008 EP Illuminate the Excessive. Illuminate included only four tracks, creatively entitled 1, 2, 3, and 4. Then we saw (and wrote about) a report that the band would be releasing their debut album, Deterioration Of Minds, on March 3 via Ninetone Records — and that the tracks would be entitled 5 – 12. How perfect!

We were crushed to discover this morning that the band has sold out: They’ve decided to use actual song names for the tracks on Deterioration Of Minds, instead of numbers. And they didn’t even use any of our shark cartilage song names. I bet the label made ’em do it. According to the band’s blog, the tracks will now be called: 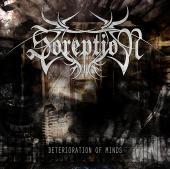 I already miss the old song titles. Plus, I think this is really confusing. I mean, they’ve previously released four songs on the EP, but this full-length begins with Track No. 1 instead of No. 5. What’s up with that?!

On the bright side, Soreption has posted a brief portion of one new song, “March of the Tyrants,” for streaming on their MySpace page. And short as the clip is, it’s definitely Soreption — which means it’s definitely awesome.

Maybe they’ll decide to tell the label to fuck off and change the album title from Deterioration Of Minds to 2.

In one of our previous Math Metal Monday features, we wrote about Swedish tech-death band Soreption and their June 2008 EP Illuminate the Excessive. Illuminate included only four tracks, creatively entitled 1, 2, 3, and 4.

We didn’t discover these guys until sometime in the middle of 2009, but from the first listen, we realized these guys were turning out some genuinely original music. Only problem was that those 4 tracks flew by way too fast.

Now we have some very welcome breaking news about Soreption: the band will release their debut album, “Deterioration Of Minds”, on March 3 via Ninetone Records. The tracks will be entitled 5 – 12. But hey, if the full-length really picks up right where the EP left off, we could hardly be happier.

These dudes have excellent technical chops and songwriting ability. This is fast, intricate, brutal music that you should check out here if you haven’t already. Or go back to our earlier Math Metal Monday post and stream the track we made available then.

And then start counting the days to March 3.