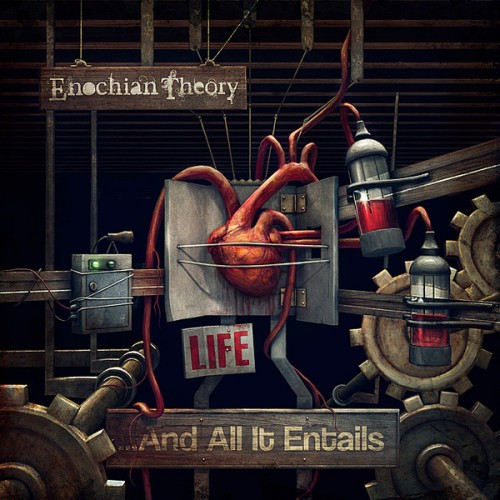 (Andy Synn continues his unofficial UK Week of reviews here at NCS with a review of the new album by Enochian Theory.)

If you remember these guys from my previous review, then you’ll know that they are very much an Exception To The Rule here at NCS, but one that I think is worth making, such is the stellar quality of their material. It also helps that I know the audience here at NCS is largely made up of people who love MUSIC, with metal as their chosen speciality (occasionally to the exclusion of all else) and who often express an appreciation for other, tangential musical forms which share the best traits of metal – honesty, integrity, and complexity.

While this album is, on the whole, a prog-rock (rather than prog-metal) album, it shares a similar fearless spirit and an evolving creativity with many of the acts we all look up to today, a fearless ambition and a willingness to be open and vulnerable, perhaps even more impressive without the twin-shields of distortion and rage to hide behind.

The songs on this album are like some sort of rare and unique flower, hiding their complexities behind layers of overwhelming beauty and subtle notes of regret. Undeniably, even effortlessly, melodic and epic in feel, songs like opening duo “This Aching Isolation” and “Hz” take their time to fully unfold, and even longer to be appreciated for their sheer depth and clarity. END_OF_DOCUMENT_TOKEN_TO_BE_REPLACED

December and 2011 are both over, and with the end of the last month, it’s time to round up what we saw over the last 30 days about forthcoming albums.

We usually try to post these updates on the first of the month, but the first of this month was New year’s Day, and I was moving kinda slowly that day. Plus, I’ve been focusing on year-end lists from a variety of sources, and, well, I’m late with this. I have more excuses, if you’d like to hear them.  No?  Okay, I understand.  I’ll just shut up and get going with this list.

So, here’s the deal:  In these METAL IN THE FORGE posts, I collect news blurbs and press releases I’ve seen over the last month about forthcoming new albums from bands we know and like at NCS (including occasional updates about releases we’ve included in previous installments of this series), or from bands that look interesting, even though we don’t know their music yet. In this series, we cut and paste those announcements and compile them in alphabetical order.

Remember — THIS ISN’T A CUMULATIVE LIST. If we found out about a new forthcoming album before December, we wrote about it in previous installments of this series. So, be sure to check the Category link called “Forthcoming Albums” on the right side of this page to see forecasted releases we reported earlier.

This month’s list begins right after the jump. It includes some real eye-openers. In fact, it’s not too soon to say that 2012 is already looking like yet another royally skull-fucking year for metal. But as usual, this list is half-assed rather than comprehensive. I confess that in December I was even more half-assed than usual in keeping my eyes open for news about new albums. So, feel free to leave Comments and tell all of us what I missed when I put this list together. Let us know about albums on the way that  you’re stoked about, even if you don’t see them here! END_OF_DOCUMENT_TOKEN_TO_BE_REPLACED 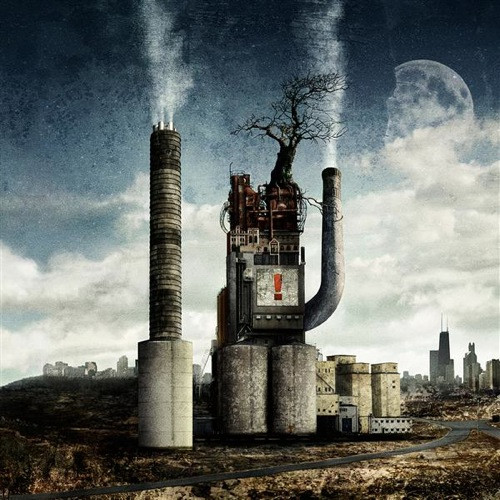 (Andy Synn takes us into the weekend with his review of the first album from the UK’s Enochian Theory.)

Hello again ladies and gents, here’s another taste of something a little different that barely comes under the site’s remit, yet I feel will appeal to the more expressive and open-minded of you all the same.

Enochian Theory are a UK prog band of expansive ambition and mesmerising melody where majestic cleans rule the roost and growled vocals are definitely the exception, rather than the rule. Very much art for art’s sake, the enigmatic complexity of each song’s serpentine structuring is offset by the soaring, infectiously melodic vocals of frontman Ben Harris-Hayes, whose emotive delivery and harmonious, scintillating lyrical expositions contribute to making the album that rarest of things, both an immediate pleasure and a long-term investment of impressive quality and intriguing depth. The candid, at times even painfully raw, nature of the singing gives the whole expansive, captivating affair a recognisably human element which serves as an anchor point no matter how convoluted or complex the music may become.

When absorbed in the album itself, I actually struggled to compare it directly to any external influence, so distinctive is its sound, although links can be drawn, very favourably, to fellow British prog luminaries Anathema and Porcupine Tree, along with the solo works of PT’s own Steven Wilson. Yet of greatest interest to the readers of this site will be the sonic connections to the emotionally complex solo work of Devin Townsend, the raging ambience of latter-day Isis, and the mind-bending instrumental excursions more commonly attributed to Tool. Yet Enochian Theory themselves are very much a singular entity, these comparisons barely scratching the surface of what the three-piece actual sound like in full-flight.   (more after the jump .. . .) END_OF_DOCUMENT_TOKEN_TO_BE_REPLACED