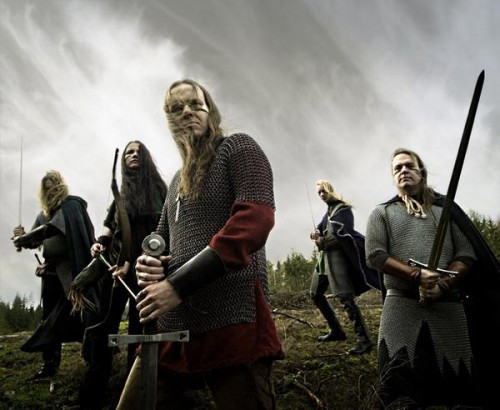 Ensiferum take the speedy, flashy mix of keyboard- and guitar-driven Finnish melodeath popularized by Children of Bodom and color it with folkish melodies and lyrical themes that speak of legends and myths and heroes with swords. They feature a mix of harsh and clean vocals, epic Viking chants, and fast-as-shit riffing and rhythms.  (more after the jump, including a shitload of music and some exciting tour news . . .) END_OF_DOCUMENT_TOKEN_TO_BE_REPLACED

Why is there such a separation within the metal scene? Why is it that if someone likes more than one distinct type of metal, he or she gets ridiculed? For example, if you’re someone who likes both death metal and deathcore, you are suddenly no longer a true metal fan. END_OF_DOCUMENT_TOKEN_TO_BE_REPLACED