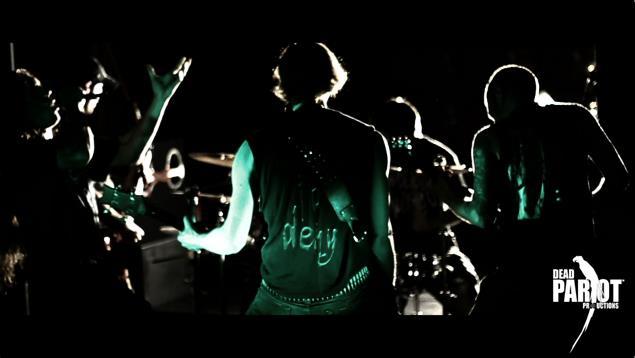 Or maybe I should just speak for myself: I got something nasty out of my system by watching this video and listening to this music, and I feel better for it. Also, the song is just really fuckin’ good metal. END_OF_DOCUMENT_TOKEN_TO_BE_REPLACED 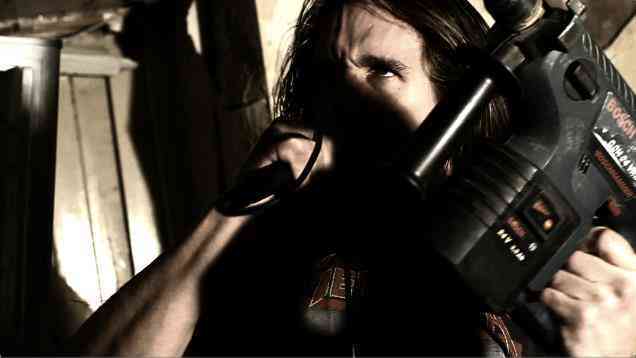 “Closer to hell” could have been the sub-title for this video. Of course, the song is called “Shrine of Dahmer”. The video includes all those things I mentioned in the post title, plus lots of other nauseating images, which of course made it irresistible. It’s not safe for work, unless you work in a slaughterhouse. END_OF_DOCUMENT_TOKEN_TO_BE_REPLACED 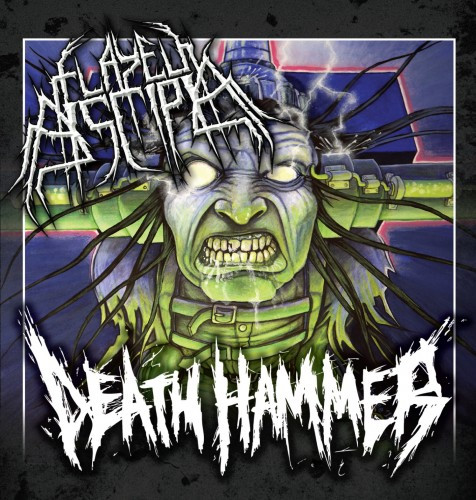 (Get your favorite blankie and read Phro’s review of the forthcoming album by Flayed Disciple, the first song from which we premiered here.)

You remember that blankie or teddy bear or giant horse cock you had when you were a kid that you wouldn’t let go of no matter how much your mommy begged for a turn? How you’d snuggle with it at night when you went to sleep and carry it around with you when you were running from bullies? It was warm and familiar and it just felt…right?

Well, that’s Flayed Disciple’s Death Hammer for me. It’s kinda old school but new school enough to avoid sounding so old school that you go “Oh, hey, another old school death metal band. Yah.” I’m assuming this is a result of their death-thrash sound (as the Wikipedia calls it). It’s familiar, but not trite. It hits that sweet spot that you didn’t even know you were missing and then massages that spot until you feel all warm and satisfied. All of this sounds like a horrible way to describe a death metal album, but this album is like a security blankie that demands blood sacrifice.

The first real, full song is called “Westboro Massacre” and it is littered with the holey (heh) corpses of the faithful. (To be honest, I have no idea exactly what the lyrics are, but the song ends with audio clips of screaming, punching flesh, and machine guns.) It’s a full steam ahead, let-me-rub-my-dick-and-awesome-solos-in-your-face monster of a track. The vocals are heavy and distorted and gravelly like a gangster Cookie Monster who’s been chugging napalm. They’ve strewn a few shorter solos throughout the song in addition to a longer one towards the end, so you don’t get the verse-chorus-verse-chorus-HOLY-SHIT-A-SOLO (non)surprise composition. (Though it does end up with quite a bit of soloing, but they are solos with more balls than wankery.) END_OF_DOCUMENT_TOKEN_TO_BE_REPLACED

It was nearly Halloween Eve last year when I stumbled across a UK band called Flayed Disciple and their deliciously titled EP, Ejaculate While Killing. In a burst of enthusiasm, I summed up the music thusly: “This shit is a freaked-out blast of death-thrash, like some Formula One machine with a corpse at the wheel, fishtailing across a crowded highway and leaving smoking wreckage in its wake.”

Fresh wreckage is now on the way, because Flayed Disciple have completed their debut album, Death Hammer, and it’s scheduled for release on May 28. Even better, they’ve authorized us to provide the intergalactic premiere of the album’s third track, “Interceptor”. And even better still, they’re making that song available for free download so you can carry it around with you like a severed finger.

Now, you may be interested to know (or to remember, if you’re an older fart like me) that Interceptor was the name of the vehicle driven by Mel Gibson (before he turned into a completely weird fuck) in the first two of the Mad Max movies. That was a fine car — a modified version of the 1973 XB GT Ford Falcon Coupe, which was a production car exclusive to Australia, with a big supercharger protruding from the hood.

Flayed Disciple’s “Interceptor” is similarly a fine song with a big protruding supercharger. Smoking thrash riffs eat up the pavement like a black machine being speed-shifted into ramming mode. And when the supercharger kicks in, you get a heated blast of guitar shred. END_OF_DOCUMENT_TOKEN_TO_BE_REPLACED 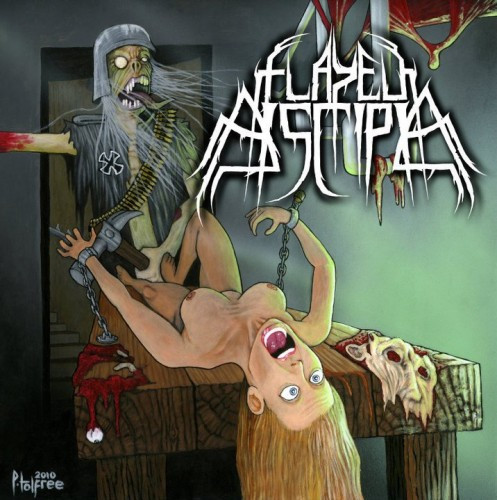 We got the yin and we got the yang. We finished yesterday’s postings with TesseracT and we start today’s with Flayed Disciple. We may not be good, but we’re sure as hell not monotonous.

Can you understand why I couldn’t resist listening to the new EP by Flayed Disciple?

Well, in my defense, allow me to say that although I have a strong impulsive desire to shock people when they least expect it and a personal taste for horrifyingly brutal death metal, I have never actually ejaculated while killing anyone or anything, and the idea of doing that does NOT appeal to me. I also get disgusted by metal bands who sell themselves with lyrics and album art that exploit the vicious degradation of women.

However, I do appreciate a good turn of phrase, and “ejaculate while killing” is just so over-the-top that I couldn’t resist. But as much fun as I have throwing big wet curveballs at all of you from time to time, I still wouldn’t be writing about this band if the music weren’t surprisingly VERY GOOD.

Flayed Disciple are from the UK and their latest EP apparently includes two older songs and two new ones. I say “apparently” because the Ejaculate EP as it’s available for purchase here in the U.S. (on iTunes and Amazon mp3) only includes the two new songs. Those two songs spun my head around so hard I had to check the mirror to make sure it wasn’t stuck in an ass-wards direction. (more after the jump . . .) END_OF_DOCUMENT_TOKEN_TO_BE_REPLACED