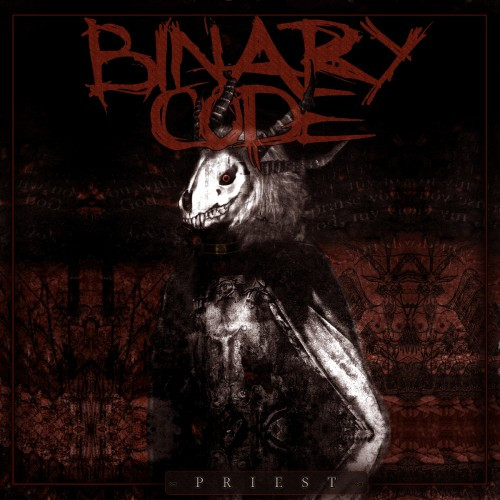 We’ve made no secret about our admiration for The Binary Code. We thought their 2009 debut album, Suspension of Disbelief, was a remarkably accomplished work, both in conception and in execution (our review of that album can be found here).

In an interview that accompanied our album review, we found the band’s guitarist and co-songwriter Jesse Zuretti to be an unusually thoughtful and engaging dude. And when we finally got to see The Binary Code play live, as part of the METAL AS ART tour in January, we were blown away by the band’s maturity on stage and the intensity of their performance (as we said here).

So with all that, it should come as no surprise that we’ve been eagerly awaiting the band’s new EP, Priest, which is scheduled for official release on August 10. We’ve now been lucky enough to get an advance listen to the three songs on the EP (and a bonus “alternate” version of one of those songs that’s also included).

Our confidence in this band’s future was not misplaced. Priest represents another step forward for a band that was already bursting with talent and exceptional creativity. The more we’ve listen to Priest, the more we’ve found in it, and the more impressed we’ve become. This is the kind of music that engages on both a visceral and a cerebral level — it kicks like a pissed-off mule and makes you think at the same time.  (more after the jump . . .) END_OF_DOCUMENT_TOKEN_TO_BE_REPLACED

For our detailed review of the performances and a big collection of our amateurish photos, continue on after the jump . . . . END_OF_DOCUMENT_TOKEN_TO_BE_REPLACED