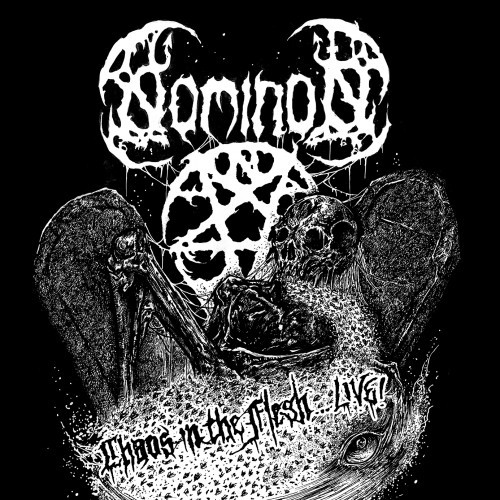 In early February I stumbled across a couple of live tracks by Sweden’s Nominon that were part of a limited-edition tape capturing the band’s performance at the Death Kills Festival in Stockholm in February 2015. After praising those two songs here as “electrifying, thrashing, skull-cleaving, ferocious stuff” with “great sound quality”, I noted that there “might be other editions of the album released in the future for those who aren’t tapeheads”. Well, that day is coming soon.

Morbid Skull Records and Deathgasm Records will be releasing a CD version of Chaos In the Flesh… Live! on May 13, and we’re bringing you the premiere of yet another track from this turbocharged live performance: “Submit To Evil“. END_OF_DOCUMENT_TOKEN_TO_BE_REPLACED

This is one of the songs that reared its head after I had originally planned to post this collection. Actually, it didn’t just rear its head — it kicked down the door, busted up the furniture, and then set the place on fire. END_OF_DOCUMENT_TOKEN_TO_BE_REPLACED