Here are six songs and videos that stood out from the pack in my seeing-and-hearing session last night and this morning. Some other items also stood out, and perhaps I’ll get to those tomorrow (perhaps along with other things I’ll find today). Everything below is new, except for the second song and video, which is newly discovered.

This first video is actually a last-minute addition. I had this round-up nearly ready to go when I noticed a message from my comrade DGR that read as follows: “New Devin Townsend video out in the wild. Does a good job highlighting how batshit the songwriting is. Still has its ‘Space Enya’ moments”. END_OF_DOCUMENT_TOKEN_TO_BE_REPLACED 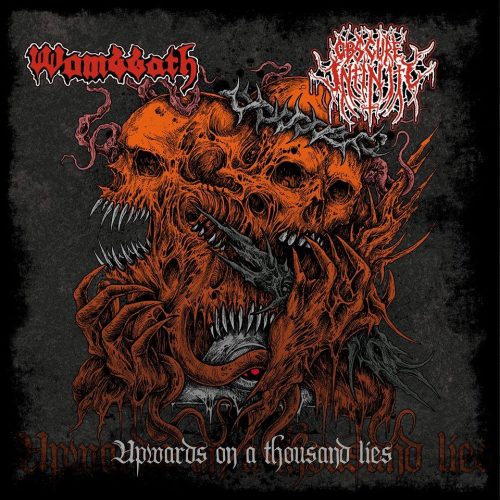 The name of the new split is Upward On A Thousand Lies, and on this new release Wombbath are sharing the vinyl with Germany’s Obscure Infinity. The split was released on January 13th on multi-colored wax by Germany’s Brutal Art Records. END_OF_DOCUMENT_TOKEN_TO_BE_REPLACED