Last weekend I started a round-up with the same cover art you see above, though at that time there was no music. Now there is, along with a video made by Chariot of Black Moth. The song is from Lock Up‘s new album The Dregs of Hades (November 26, Listenable Records), and includes vocals from Kevin Sharp (Venomous Concept, ex-Brutal Truth) was well as Tomas Lindberg (At the Gates). Prepare for screaming, scathing, hammering death/grind madness. END_OF_DOCUMENT_TOKEN_TO_BE_REPLACED

In his review my friend Andy proclaimed Selbst’s Relatos de Angustia one of the best black metal albums of the year (an opinion with which I completely concur). He later added it to his year-end list of Great Albums, and it also took the No. 4 spot on the year-end list by our friend Johan Huldtgren of Obitus. And of course those aren’t the only year-end lists I’ve seen which anointed it in similar fashion (I found it on five of our reader lists, and on many others scatted about the web). END_OF_DOCUMENT_TOKEN_TO_BE_REPLACED

(Andy Synn wrote the following review of the new album by Selbst, a band that originated in Venezuela and is now based in Chile. The album will be released on August 7th by Debemur Morti Productions.)

For a while now I’ve been trying to put into words precisely what the difference is between Death Metal and Black Metal.

Oh, I know there are lots of physical, practical differences between the two genres (despite what some people might think) but I’ve often struggled to express what I feel is the fundamental difference which separates and defines the two.

The best way I can think to put it is this – if Death Metal is comparable to another form of art, it would be sculpture. It’s all hammer and tongs, chisel and awl, structure and form. It’s about making a plan, holding it in your mind’s eye, and then beating things into shape, chipping away at the excess, to forge something with real, tangible physicality.

Black Metal though… Black Metal is more abstract. It’s about letting whatever’s inside you (for better or worse) pour out onto the canvas in wild, expressive strokes and lurid, hypnotic patterns.

That’s not to say there isn’t a clear sense of vision behind it – there often is – but this willingness to just cut loose and see what flows out is, in my opinion at least, what makes the genre so utterly visceral, so unexpectedly versatile and, every so often, so breathtakingly vulnerable.

And it’s also what makes Relatos de Angustia one of the best Black Metal albums of the year. END_OF_DOCUMENT_TOKEN_TO_BE_REPLACED

In this first kaleidoscopic selection, you’ll be engulfed by riotous drumming and cascades of harrowing and blazing guitars, whose multi-textured sounds channel feelings of grim devastation and flashes of feral ebullience. The deep roaring vocals have a tormented countenance, and the dense sounds that surround them have a sweeping quality, creating a mixture of mayhem and extravagant brilliance. END_OF_DOCUMENT_TOKEN_TO_BE_REPLACED

I delivered an impulsive though compact review of Kong Vinter very soon after listening to it for the first time, and proclaimed it one of my favorite albums of 2017. My impression now, two months later, is that it was under-appreciated in the froth of year-end lists, perhaps because it came out so late in the year and was preceded by the release of only one single (“Inntrenger”). END_OF_DOCUMENT_TOKEN_TO_BE_REPLACED 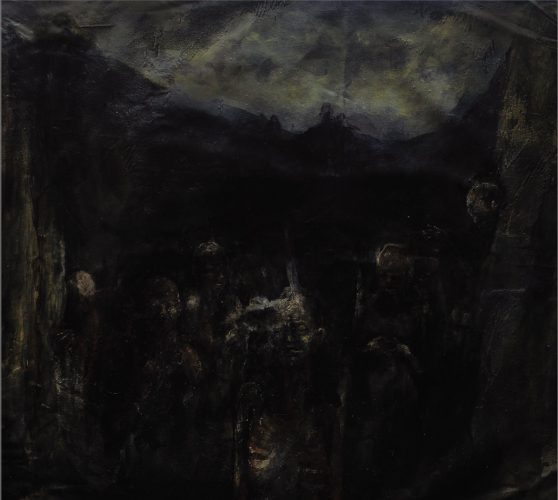 Yesterday the two-man black metal band Selbst, originally from Venezuela and now based in Chile, released their self-titled debut album through Sun & Moon Records. This follows the band’s striking 2015 EP, An Ominous Landscape, which I briefly reviewed here. The new album is a substantial work, nearly 48 minutes long, and it confirms the considerable promise of the band’s previous shorter releases. More than that, it’s a gleaming ice-blue nova in the midnight vault of 2017 black metal.

Augmented by a spectacularly powerful production, the music is titanically heavy, potent enough to rumble your core, with many of the elaborately textured sounds reverberating as if recorded in a quartzite cavern (because the music shines as well as thunders) — from the spine-rattling drumwork to the penetrating, otherworldly guitar melodies that shimmer, swirl, and soar through blanketing storms of abrasion.

But it’s the kind of album that immaculately marries atmosphere to explosive physicality, and it also achieves a rare, knife-edge balance between the ensnaring repetition of gripping patterns and the head-spinning intricacy of progressive flourishes. The songs are in near-constant motion, in the sense of movement between differing shades of darkness, different tempos, moments of unsettling calm and terrible conflict. END_OF_DOCUMENT_TOKEN_TO_BE_REPLACED

In July I reviewed a two-song demo by a Spanish death metal band named Altarage, concluding as follows: “This is primitive, poisonous, electrifying music from a band that’s now squarely on my radar screen for the future.” They’ve now made a new appearance on the screen. END_OF_DOCUMENT_TOKEN_TO_BE_REPLACED