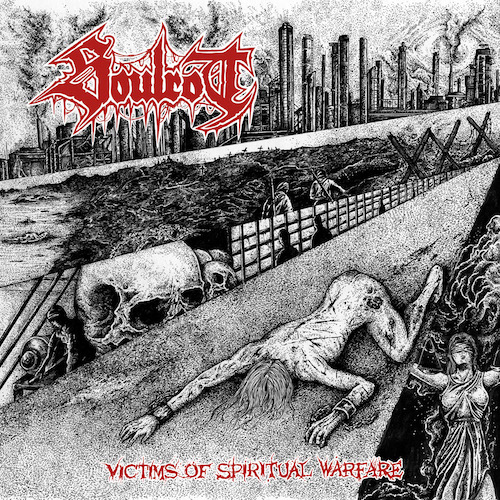 On July 27th Memento Mori Records will release Victims of Spiritual Warfare, the second album by the Chilean death metal band Soulrot. Last month we came across the album’s first “single”, a song named “God Forsaken“, which prompted us to blurt out: “Crunchy, raw, and rotten Swedish-style death metal and grindcore from Chile, with hideous (in a good way) vocals, a toxic guitar tone, and a berserker spirit. Really looking forward to hearing more of this menacing mayhem….”

Well, it didn’t take long for us to dive into the rest of Victims…, and to discover just how hard these Chilean barbarians punch all the right buttons in their quest to reanimate the rotten corpse of early ’90s death metal while simultaneously blistering listeners with grindcore explosiveness. This would have been less surprising had we known that Soulrot had its earliest origins circa 1993-1994, or had we heard their Horrors from Beyond demo in 2014, their Revelations EP two years later, or their 2017 debut album, Nameless Hideous Manifestations. But better late than never!

“God Forsaken” was goddamned good, and now we get a chance to add another track for public consumption, one named “All That Remains” — and it’s a terrifically explosive and electrifying onslaught too. END_OF_DOCUMENT_TOKEN_TO_BE_REPLACED

To begin, we’ll throw your brain into a blender set to puree. “Building A Shrine Upon Vanishing Sands” is a brutalizing, electrifying, high-speed carnival ride. The percussive power of the song is punishing, and the vocals (also discharged at high speed) are rabid, while the darting and swirling fretwork is wild and exultant. The guitar soloing is nothing short of spectacular, and propels a song that was already an ecstatic thrill-ride way up into the stratosphere. If the track doesn’t leave you with an ear-to-ear grin, the virus may have mutated and given you facial paralysis. END_OF_DOCUMENT_TOKEN_TO_BE_REPLACED 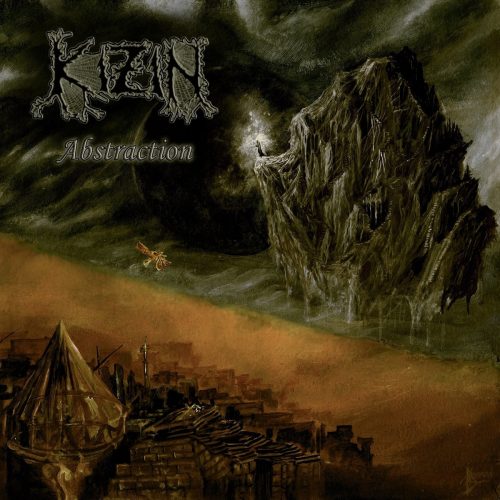 Of the three bands in this collection, Kizin have the most recent release, a 2018 debut album named Abstraction (released on July 17th), which includes cover art by Nox Fragor. Metal-Archives also lists three demos and a compilation in the discography of this group from Temuco going back to 2012, none of which I’ve heard. Abstraction is on Bandcamp, and on that page there’s a written prologue for the album: END_OF_DOCUMENT_TOKEN_TO_BE_REPLACED