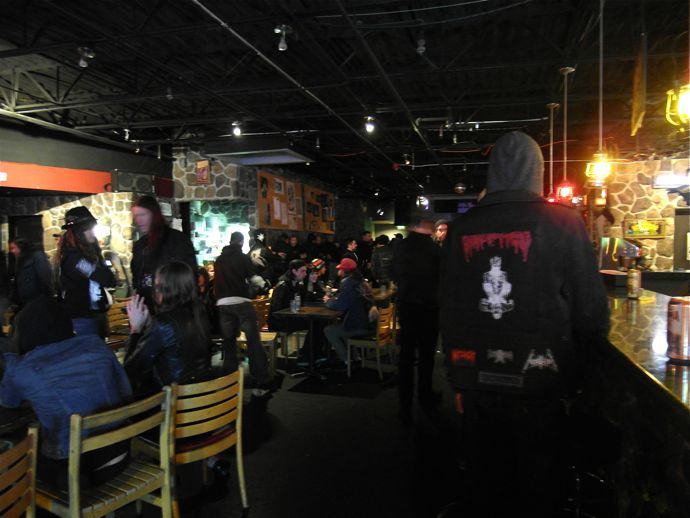 I’d never had Vietnamese food before. I followed their lead, except ordering twice as much food as they did because I wanted to explore. It was damned good, and I ate most of it. With my fucked-up ankle and a bloated belly, I tried to convince O to carry me on his back for the two-block walk to The Highline, y’know, as a test of friendship. He passed the test, merely chuckling instead of telling me to go fuck myself. END_OF_DOCUMENT_TOKEN_TO_BE_REPLACED

I’m not exactly sure it went down like that in the offices of Profound Lore. All I know for sure is that this band is a real thing, it’s called VHÖL, they’re recording an album, and Profound Lore plans to release it. END_OF_DOCUMENT_TOKEN_TO_BE_REPLACED