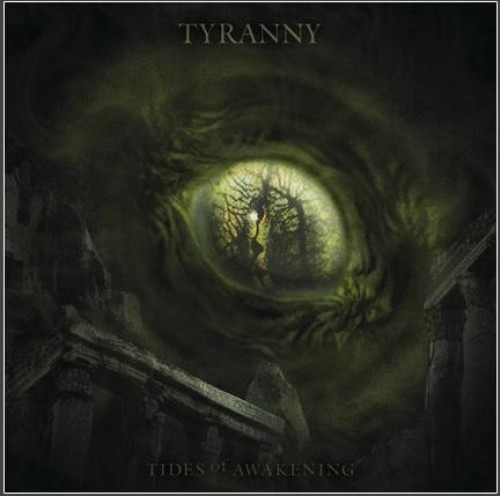 Our second source, CarlSk, named two more Finnish funeral doom bands, one of which was Colosseum. And finally, Canopy‘s Fredrik Hultgren brought Skepticism to our attention, calling them “nothing short of amazing” and “mesmerizing” on stage. (more after the jump . . .)

So, I decided to cover all three in this post. (Yeah, that makes this sucker reeeeeally long, but it’s the weekend, so what the fuck?) Now, it was obvious to me that I couldn’t listen carefully to the full discography of three bands, or do them justice even if I could, as part of this impromptu series. But I was still interested in learning something, so I followed an approach similar to what we do in this site’s MISCELLANY series: I picked one album from each band (the most recent one in each case), and I randomly listened to a song or two on each of those albums. Sure, it’s kinda half-assed, but what did you expect? Besides, it’s better than remaining completely ignorant, isn’t it? 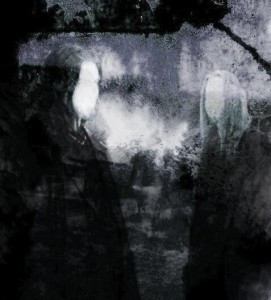 Tyranny is a two-person band consisting of Matti Mäkelä and Lauri Lindqvist. Formed in 2001, Tyranny’s discography consists of a 2004 EP and a 2005 debut album entitled Tides of Awakening.

The album includes four Lovecraft-inspired songs, ranging in length from almost 12 minutes to 17, plus a 7-minute outro. I listened to the first song, “Coalescent of the Inhumane Awareness”.

I’ve never heard anything like it. The song begins in relative calm, with shimmering keyboards, a droning guitar, and the occasional thump of a drum or patter of a cymbal. It gradually builds in intensity — and in an overwhelming feeling of despair. The sound is simple, grossly oppressive, with truly massive, lingering, distorted guitar chords. Keyboards lurk in the shadows, emerging to lend an eerie ambience.

The vocals are inhuman — deep, black, gurgling, groaning, indecipherable. They lay on you like a suffocating weight or put the hair up on the back of your neck.

The pacing is as slow as a heart pulsing its final beats before oblivion, and the music relies on hypnotic, repeating riffs and keyboard chords. I thought for sure it would get old or begin to drone, but Tyranny injects creepy electronic sounds, extended guitar leads, and ghostly howls to prevent a descent into tedium — and to enhance the descent into Hell. The song actually progressed in a way that made sense.

And yes, Misha had it right — this is titanically heavy, with something like the pressure gradient in the depths of the Mariana Trench, where no light shines and what life exists looks like something out of a nightmare. Hear what I heard:

Tyranny: Coalescent of the Inhumane Awareness

For more info, the band’s single-page web site is here (and there, you can download one track each from the band’s two releases — no charge). There’s an equally spare MySpace page here. 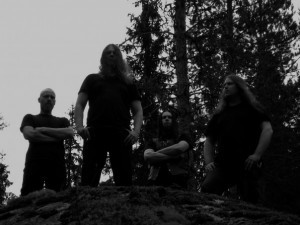 After that Tyranny song, I took a deep breath to make sure I was still alive, and then moved on to Colosseum. Though a four-person band, it appears that Colosseum was driven by the creative force of one — Juhani Palomäki, who wrote the songs, sang, and played guitar and synths. I say “was”, because Palomäki died on May 15, 2010, at age 32, and with his death, Colosseum proclaimed its own demise.

Before Palomäki’s death, the band had completed recording of a third album, called Chapter 3: Parasomnia, which apparently will be released by Firebox Records sometime later this month or early next year.

I listened to the first two songs on the album, “Numquam” and “Towards the Infinite”. “Numquam” immediately contrasted with the Tyranny music. It has a similarly slow, stately pacing, and the drumming is again ponderous and methodical, but the sound is much more melodic and symphonic, with either a clean guitar or the measured bowing of strings leading the music forward over the dense, extended bass chords. The vocals are raw and ragged and bestial, though not quite as morbid as Tyranny’s. I thought the song was dreamier, more beautiful than Tyranny’s — though still undeniably dark and brooding. 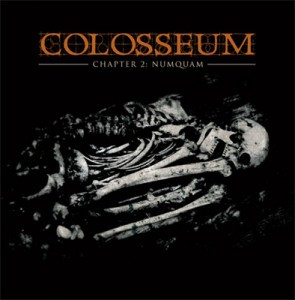 “Numquam” transitioned without pause into “Towards the Infinite”. In that song, the funereal pace continues, with the mournful melody and the methodical pounding of drum and crashing of cymbal repeating themselves throughout. But near the end, the synthesizer melody begins to swell and the song becomes — majestic.

I liked both of these songs. I suspect a funeral doom aficionado would call them more “accessible” than the Tyranny song. Here’s “Numquam”:

Colosseum’s web page is at this location, and there you can download a free track from each album, plus find lyrics, photos, and lots of other information. Plus, at that location you can also download the band’s video for “Towards the Infinite”. Or you can simply watch it right now: 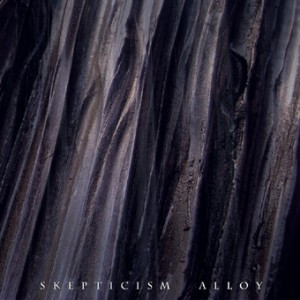 In doing a bit of research for this post, I read somewhere that the term “funeral doom” was coined in a Red Stream Records catalog to describe the band Skepticism. Whether true or not, there doesn’t seem to be any question that Skepticism was one of the progenitors of the genre — maybe the progenitor of the genre (though some credit yet another Finnish band, Thergothon).

The band has been creating music since 1991. They’ve produced three EPs and four albums. The most recent is 2008’s Alloy, and that’s the one I sampled for this post, feeling even less ignorant, since by then I’d heard two funeral doom bands and a grand total of three songs in the genre.

I decided to check out the first two songs, just as I had on the Colosseum album. “The Arrival” was stylistically closer to Colloseum than to Tyranny. Again, very slow tempo, with a massive low end — gut-rumbling bass and heavy drums. The guitars are distorted, but a clean lead creates a memorable melody, backed by almost constantly shimmering cymbals. In what I’m beginning to figure out are a staple of the genre, the vocals are uber-deep and jagged — and slow.

The music is again quite dark, but again, I found “The Arrival” entrancing and — there’s that word again — majestic. 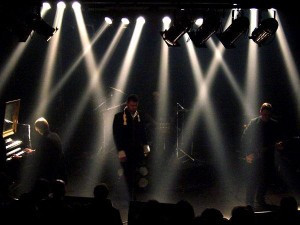 The instrumental intro in the second song, “March October”, consists of an ominous, overwhelming rumbling and isolated guitar picking. The song then slams down like a granite block, with big, grim riffs and pealing lead guitar chords — like funeral bells. Repetition is again the name of the game, and in this song it feels like the hammering of nails on your coffin lid. But it includes some downright gorgeous clean guitar leads and an utterly hopeless but nonetheless entrancing keyboard melody. I can see why Fredrik used the adjective “mesmerizing” in describing this band’s music.

On the very small spectrum of music covered in this post, Skepticism appears to fall in between Tyranny and Colosseum — the music embodies elements of both the obliterating doom in Tyranny and the dark melody of Colosseum (though I know this band’s history started well before either of those other bands). “March October” is a long song (10:31), but the most interesting of everything I heard in this session, so here it is:

Skepticism’s web site is at this location.

UPDATE (Jan 12, 2011): We just received an e-mail from Skepticism guitarist Jani Kekarainen with some news that we thought was worth adding to this post for the benefit of Skepticism fans:  “Thanks a lot for the support and writing the article! It has been already almost two decades since we started, which is quite amazing. We are currently (slowly) writing new material and probably after a year or two we will be able to visit studio next time. And by the way, three Skepticism members are also playing in other group called Thromdarr (faster stuff). A new Thromdarr album will be released within the next two months. More info: www.thromdarr.com (includes myspace and facebook links for samples).”

Funeral doom is not going to become my metal of choice. On the other hand, I’m damned glad I’ve now been exposed to it. Even over the course of only four songs, it’s grown on me. I know I’ve got to be in the right mood to appreciate this, but those moods will come, and I’ll go back to all three of these albums. Thanks to the commentators who recommended these bands. Now go cheer yourselves up, and in the meantime, stay away from sharp implements.