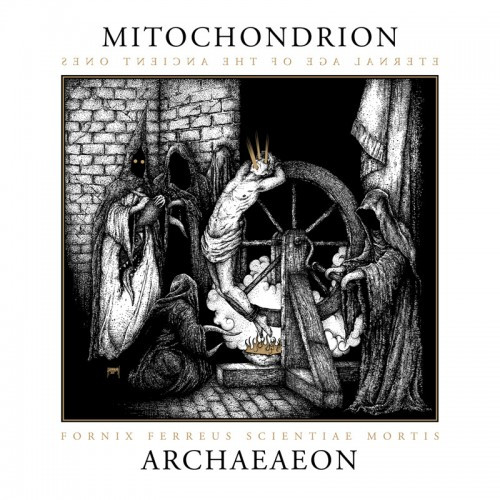 I first discovered Mitochondrion through their second album, Parasignosis, which got a Profound Lore release in January of last year. It blew my shit away, to put it mildly. I came to Archaeaeon much later, and found it equally compelling, though different in some respects from Parasignosis.  (more after the jump, including the second piece of art and Mitochondrion music . . .) 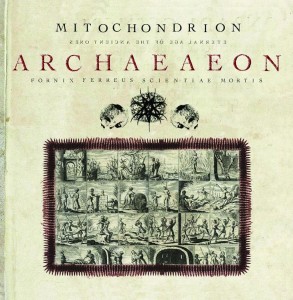 Mitochondrion’s music is often labeled “war metal” (definitely not to be confused with pagan “battle metal”), and I can understand why. The frequently martial air of the drumming (and even the riffing) is part of the explanation, but the music also captures what I imagine to be the chaos and frightening destruction of a brutally mechanized battlefield. They have taken death metal to places where it has rarely been — unusually violent, ugly places.

As I perceive it, Mitochondrion is 100% devoted to the creation of atmosphere.  On Archaeaeon, they created utterly riveting and viscerally powerful atmospheres in two ways. Predominantly, they generated an explosive sense of utter destruction through blast waves of highly distorted roaring noise. The harrowing quality of these passages was enhanced through a kind of call-and-response exchange between two vocalists — one with a frighteningly massive roar, as deep as oceanic trenches, and the other who sounded like a soldier undergoing a battlefield amputation without anesthesia.

Yet a different kind of atmosphere was created through unexpected interludes of relative calm drenched with ambient, yet no less ominous, melodies. 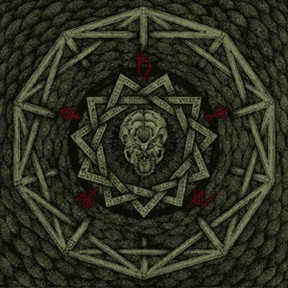 As amazing as Archaeaeon was, Parasignosis was at least its equal, and I think most listeners would say its superior. There is nothing on the album that’s less than utterly riveting. It was one of the most viscerally powerful albums released in 2011. Again, the music was devoted to the creation of a vividly hellish atmosphere. Once again, the massively distorted riffs were monstrous in their brutality. And once again, the fantastically varied and consistently superb drumming of Karl Godard provided an essential backbone.

But this time, those moments of less caustic, more melodic atmosphere were fewer and farther between, and the horrifying shrieks of the vocal tandem in Archaeaeon were largely missing, yielding the field almost entirely to the gruesome roaring of Shawn Hache. The music is also more noticeably technical and experimental, employing freaked out guitar runs, shuddering/shrieking swaths of feedback, and changing rhythmic landscapes. The music is a kind of progressive death metal, but not as it’s usually perceived. It needs a new name, something like “apocalyptic prog”.

Well, enough about the music for the moment — on to the second piece of artwork I saw: 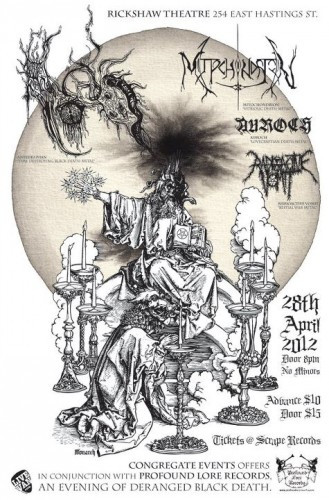 This is a striking poster created by Vancouver artist Sean Coggins for a one-time show on April 28 at the Rickshaw Theater in Mitochondrion’s home base of Vancouver. Apart from the fact that the artwork is badass, what really jumped out at me is that Mitochondrion will be playing with fellow Canadians Antediluvian. To quote from my November review of that band’s 2011 album, Through the Cervix of Hawaah:

“There is a certain style of death metal that I think of, in shorthand fashion, as horrifyingly avant-garde. Some people might prefer the term “progressive”, but I don’t think that word captures the atmosphere of cold, terrifying, otherworldly abomination conveyed by the music. Among current practitioners of this style of death metal, Portal, Mitochondrion, and Dragged Into Sunlight usually come to mind first. Now, I have to add Antediluvian to that list.”

As practitioners of the art of creating inhuman atmospheres of dread and catastrophe, Antediluvian has already made a huge impression. The idea of seeing them together with Mitochondrion is almost irresistible, though one would have to think carefully about the combined effect of that duo on one’s sanity. It will be world-class skull-fucking.

Back to the music. Since Mitochondrion is weighing heavy on my mind today and opening up old scars, here are two tracks. The first is one of my favorites from Archaeaeon. The second is the title track from Parasignosis.