But this official announcement has revealed something I didn’t know: Malignancy will be taking the place of Cattle Decapitation during the last week of the tour. The two bands are very different, of course, but they’re both just excellent at what they do. If you want a taste of Malignancy’s forthcoming album (which is amazing), check out this post. Tour dates are right after the jump. 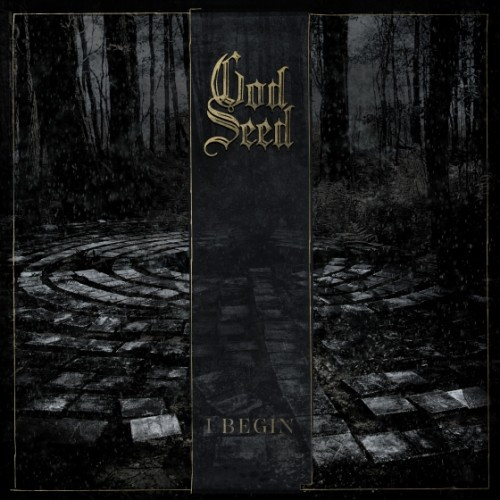 God Seed are a Norwegian band whose ranks include ex-Gorgoroth luminaries King ov Hell and Gaahl as well as live Dimmu Borgir keyboardist Gerlioz. The band’s story is a convoluted one. After King and Gaahl split with Gorgoroth, they decided to continue recording music together under the God Seed name (the title of the last track on the last Gorgoroth album on which they both appeared, Ad Majorem Satanhas Gloriam).

However, just as Gaahl was supposed to begin recording vocals for the debut God Seed album, he decided to retire from metal. King recruited Dimmu’s Shagrath to handle the vocals, and the music was released under the name Ov Hell instead of God Seed.

But earlier this year Gaahl decided to return to metal, and now King and Gaahl have produced a debut album under the God Seed name — I Begin, which is scheduled for North American release on October 22nd (October 26th in Norway and October 30th worldwide). Pre-orders can be placed here.

Yesterday, the band unveiled the first song from the album, “This From the Past”. It’s an exclusive premiere at Pitchfork, which means you’ll need to go HERE to hear it. I recommend you do that. Why? Because it’s vicious and galloping and hook-filled and dynamic and majestic and even a bit progressive — and Gaahl sounds great. I’m really liking this.

We paid considerable attention to Vildhjarta’s 2011 album Måsstaden. Considerable. Attention. In part, that was because TheMadIsraeli got so very enthusiastic over the music and wrote about it frequently. And then I got sucked in and became a big fan of Måsstaden as well.

Vildhjarta have been working on new songs for a while, and word is that they’ll be releasing an EP of new music sometime this winter. I saw that yesterday they released a teaser clip called “Thousands of Evils”.

It begins with a quote from Edgar Allen Poe, which is a promising way to begin any video, and an orchestral-styled overture. But yes, the thall doth come, fat and jarring, with a skittering, needling little companion that flies like a hornet about the head of a tyrannosaur. Check it out:

By the way, the artwork, portions of which can be seen above and in the video, looks amazing. It’s by Rickard Westman. 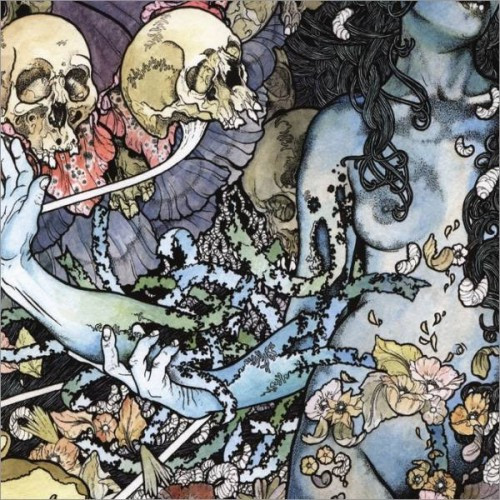 I saw the following video, which blew my tiny mind into fragments. I’m guessing from the performer’s YouTube tag that his name is J.S. Abbott. In the video, he performs “Loathsome” (from Phantom Limb) by Pig Destroyer — on the piano. In addition to the impressiveness of the performance standing alone, I was amazed by what it must have taken to transpose the song for piano.

And then I became more amazed when I saw a note on Abbott’s YouTube channel that he learned the song by ear, and therefore no sheet music is available. Fuck.

It’s also impressive to me that someone who has received this level of classical piano training is so into a deranged band like Pig Destroyer — into it enough to do what he does in this performance.  I’m putting the Pig Destroyer song up first, followed by the piano version.

UPDATE: By coincidence, I just saw that Pitchfork has premiered yet another Pig Destroyer song from the forthcoming Book Burner album. It’s name is “The Diplomat”. Go HERE to listen. 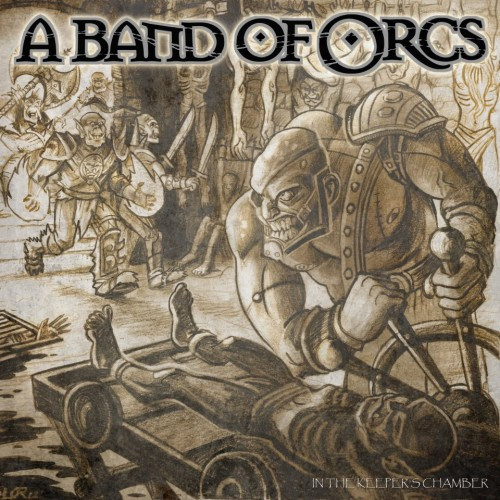 ITEM FIVE: A BAND OF ORCS

Last, but certainly not least, we come to another NCS favorite, A Band of Orcs. We’ve done a fair share of slobbering over their music in the past (though we’ve done that in part to curry favor, so that when the Domination comes and Gzoroth ascends to the throne of skulls, we will be spared).

A Band of Orcs have a new album coming — Adding Heads To the Pile — which will be released on Halloween (of course) by the delightfully named Itchy Music label. More details about the album and pre-order info can be found here.

Yesterday I saw that the Orcs have uploaded a lyric video for the album’s first single, “In the Keeper’s Chamber”. The song is available on iTunes, Amazon mp3, and in physical form here. The video is fun to watch and the song is fun to hear, a groove-heavy romp of up-tempo melodic death/thrash that includes an eye-crossing guitar solo.

Wait? Did I say fun? Forget I said that, oh Orcish ones. The song makes me tremble in fear and self-loathing, voiding my bowels and keening in a shrill whine in hopes that mercy will be shown on this poor, pitiful soul. (I’m capable of more self-abasement, dudes, so let me know if more is needed).

5 Responses to “SEEN AND HEARD: DYING FETUS, GOD SEED, VILDHJARTA, PIG DESTROYER ON PIANO, AND A BAND OF ORCS”