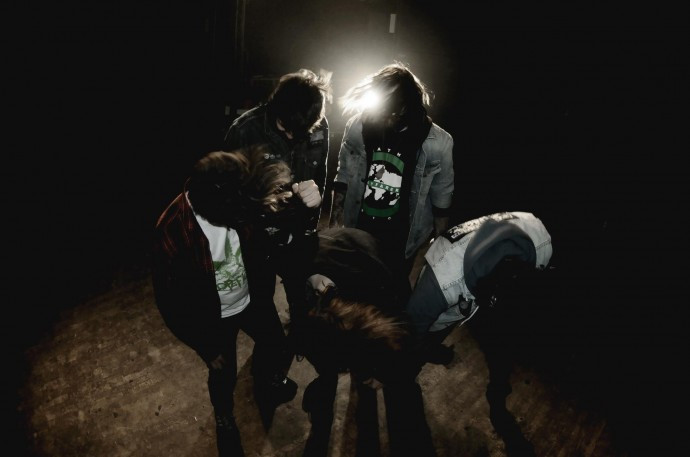 Here’s a round-up of a few of the things I saw and heard in the last 24 hours.

I heard a new song by a London-based band named Hang the Bastard. NCS writer Andy Synn sent me a link to this song. I love this song with a deep and abiding love, not a platonic kind of love but a rough, messy, sweat-and-fluid-drenched, up-against-the-wall kind of love, with clothes ripped off and strewn around the floor and some blood smear left on the paint from all the scratches.

The name of the song is “Sweet Mother”, and Hang the Bastard released it a couple of weeks ago. It has huge, beefy, fuzzed-as-hell riffs coming out of every orifice. It squalls and crushes and lacerates. It maketh my head to bang so vigorously that I’ve been left in a permanent bobble-head condition.

The vocalist sounds like he gargled with gasoline and then ate a lit match before tracking his part; I hope the other guys had the decency to stick a fire extinguisher down his throat when he was done.

HERE is a list of Hang the Bastard’s releases up until now. But it seems from what I’ve read that this new song takes the band in a different direction — and includes the recent addition of vocalist/bassist Joe Nally of Chapters, about whom we have written before. I believe he would be the guy who needed to be hosed down with a fire extinguisher from the inside out.

Even though I’m feeling raw and sore, I would like to have some more Hang the Bastard soon. 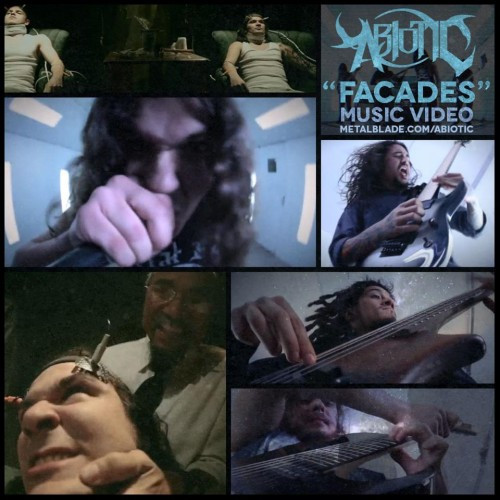 After listening to that Hang the Bastard song I watched the brand new video by those Floridian maniacs in Abiotic. I don’t think this was a very good decision in retrospect. Having been left in a permanent bobble-head condition by “Sweet Mother”, my skull was then battered as if by a gorilla wielding two fist-fulls of rebar steel while aliens drilled holes in it with finely directed streams of sulphuric acid. And then the song administered some hallucinogens via a swirling guitar solo, and I saw Dog.

Yes, I’ve heard “Facades” before, because we were early adopters of Abiotic, having been thoroughly fucked up by the “Vermosapien” video in January 2012 and then fucked up a lot more by the band’s debut album Symbiosis (reviewed here), which includes “Facades”. But just because “Facades” dismantled my internal wiring once before doesn’t mean it can’t do it all over again — because it can, and it did.

The new video by Dan Drescher isn’t quite as brilliantly fuck-nuts as “Vermosapien”, but it’s still well done. And “Facades” is still an inspired (and completely unhinged) juxtaposition of the mercilessly brutal and the cosmic. Check it out: 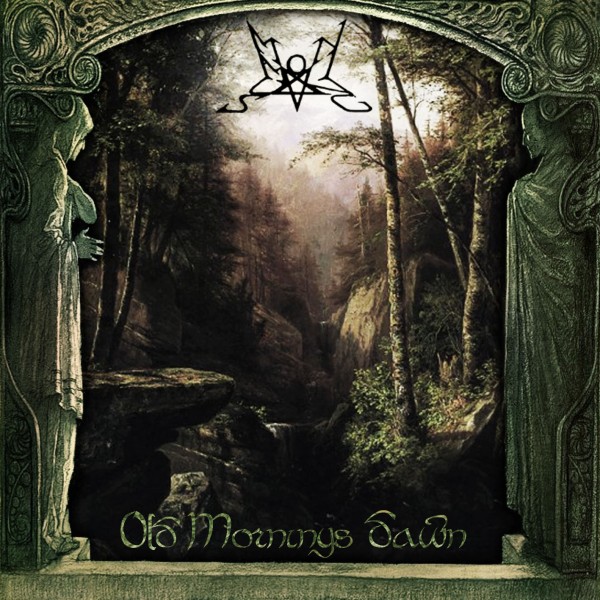 At last, we will have a new one here in 2013, under the title Old Mornings Dawn. It will be released by Napalm Records on various dates in June, depending on the country, and can be pre-ordered here.

Yesterday, thanks to a tip from Oak Pantheon’s Sean Golyer, I saw a video album trailer for the new release. Yes, as expected, epic melodies from the realms of Middle Earth can be heard. However, narration can also be heard, intoning such phrases as “Most peerless magical” and “Thou dost possess my heart”.

Is it heretical for me to say that even 1:40 of this doubled my blood cholesterol levels? Do I trash my geek credentials by confessing that the trailer made me laugh?

Does the trailer make me less anxious to hear Old Mornings Dawn? Well, not really. The release dates are below, followed by the trailer.