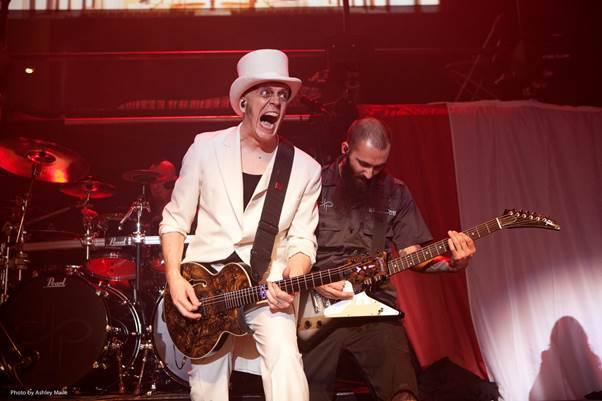 We previously featured the first publicly released clip from the DVD — the show-stopping performance of “Grace”. Today, DT premiered a second clip, for the song “War” from his third solo album Infinity. Watch and listen next. 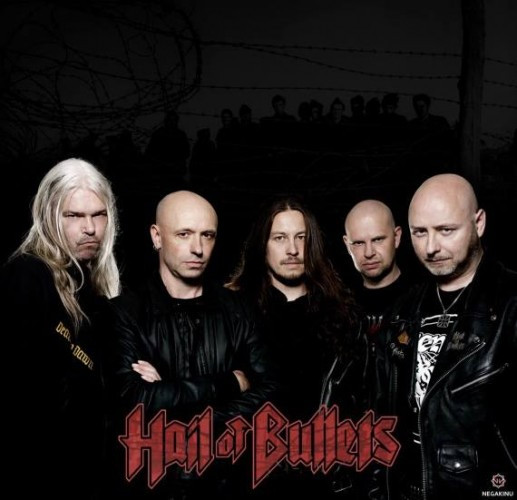 This morning also brought the debut of a video teaser by those veteran Dutch death dealers in Hail of Bullets. You will learn from the video (below) that the band have completed recording their new third album, that its name is III The Rommel Chronicles, and that Metal Blade will launch a landing page on September 9 with new music and pre-order info.

You will also get a glimpse of the cover art, which is eye-catching. And you will hear a brief snippet of music that should put a sappy grin on your face.

You will not see the quote from Dan Swanö, who mixed and mastered the album, but I will give it to you: “Hail of Bullets return for their 3rd album, armed to the teeth with a thunderous Death Metal onslaught that combines the raw ferocity of the 1st album with the more expanded arrangements of the 2nd. A Death Metal masterpiece!”

In case you’ve forgotten, Hail of Bullets consists of:

Not too long ago we featured the first advance track from the second album (The Coming Scourge) by another Dutch death metal band named Bodyfarm, which is due for release by Cyclone Empire on September 20 (pre-order here). I really love the cover art for The Coming Scourge, created by the mighty Juanjo Castellano. I also really love the music, and now there is more reason why you should, too, because today the band premiered an official music video for the album’s second advance track, “Unbroken”.

Bodyfarm says this about the video: “The video was shot in the woods of Amersfoort near a Sovjet field of honor. The battles in the second world war were fierce in this area. Since ‘Unbroken’ is about perseverance and bravery on the battlefield, we thought this was a suitable place to do the shots of the wounded soldier.”

I will say this about the song: If you’re a fan of the aforementioned Hail of Bullets, you need to check this out. It’s tank-blasting, belly-crawling, murder-riffing, fiery soloing, battlefield death metal of the old school. 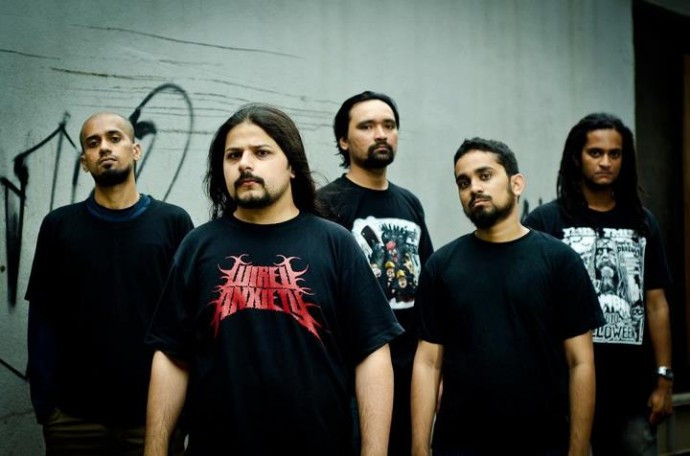 Last year India’s biggest metal export Demonic Resurrection completed a successful crowd-funding campaign for a new music video. But after a series of frustrating mishaps, they instead used the money to buy pro-shot multi-cam footage of their performance at the Bloodstock Festival 2012, and today they uploaded the film of that entire set to YouTube. It was worth the wait.

If perchance you haven’t yet discovered DR’s brand of death metal, this is an excellent way to be introduced. And if you’re already a fan, this will make you happy.

Fans will also be happy to know that DR is currently working on a follow-up album to their 2010 Candlelight Records release, The Return To Darkness. It’s projected for completion in 2014. Here’s the new video: 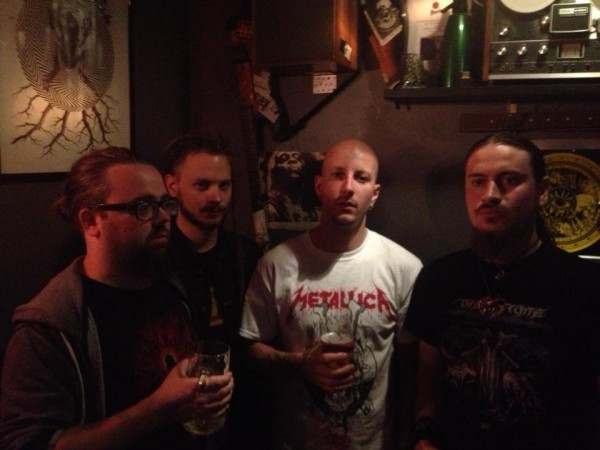 Way back in June 2011, through a MISCELLANY excursion, I came across a band from Oslo, Norway, named Dead Trooper and reviewed their latest EP, 2010’s Sickening. It was hard to categorize, so varied were the styles represented in the songs, but I sure as hell enjoyed it. And then I sort of lost track of the band.

The song makes me smile almost as much as the memory of that Confab. It’s got infectious grooves that won’t be denied, a hooky melody, raucous vox, killer drum rhythms, and plenty of beered-up energy. You might like it. And if you do, you can check out all of Dead Trooper’s previous releases, which are now on Bandcamp.

One Response to “A LABOR DAY QUINTET: NEW VIDEOS FROM THE DEVIN TOWNSEND PROJECT, HAIL OF BULLETS, BODYFARM, DEMONIC RESURRECTION, AND DEAD TROOPER”