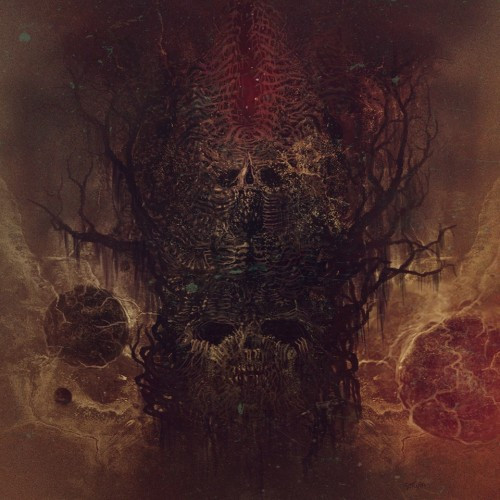 (Andy Synn offers some thoughts, and some questions, about why we do what we do here. The artwork above is a new piece by Sam Nelson, and it’s here not because it resembles Andy Synn but because I like it.)

Something that comes up occasionally, both online and out in the real world, is the question of what a review is really for? What is it trying to achieve… what is the point… heck, why even bother?

So I thought it might be interesting to put down a few thoughts about why we here at NCS – or at least, me personally, since I’m not aiming to speak for anyone else really – do bother writing, blogging, and putting our thoughts and opinions out there.

Although I’ve had this column in my head in a vague form for a while now, just recently a couple of (minor) incidents have helped me start to crystallise this question of who/what we are writing for, who our audience might be, and – notably – who our audience definitely isn’t.

First there was an amusing post on Raunchy’s wall where a particular gentleman stated – unequivocally – “Wow. I really hate reviews. Dumb. Oh well he needed something to write.”

I’m going to assume, by his tone (condescending and superior) and by the fact that he “hates” reviews (and really dude, you “hate” reviews? Seems a tad over the top), that this guy didn’t bother to read the actual blog post/s in question. But he DID take time out of his day to post on something specifically linking TO a review, in order to call DGR “dumb” for writing about a band of which they both are clearly fans. Something about that just doesn’t seem to add up in my mind.

Oh sure, there are blogs and magazines out there who have given the “art of the review” (see what I did there?) a bad name. Taking kickbacks, showing obvious (and shameless) bias, etc. But that shouldn’t sully the simple idea of reviewing and analysing an album. And I certainly don’t think it means that any reasonable, intelligent person should start to “hate” reviews in general.

The second incident came only yesterday when Skeletonwitch reposted about BadWolf’s (very positive) review of their album. Some ignorant pri… opinionated party decided to let us know, in a thinly veiled attack, (which may have been provoked by a comment about Ohio in the excerpt from the review that Skeletonwitch included with the link) that we weren’t worth reading because he’d never heard of us. And, in fact, he wouldn’t bother anyway, because he buys Skeletonwitch cds just because they’re Skeletonwitch cds.

The fact that he’s never heard of us means he’s quite literally not part of our audience (which, from the various bands he name-checked, is probably a good thing), but he really seemed to take the idea of someone reviewing the album as a personal affront. Maybe he’s one of those over-invested people who identifies with a band to an unhealthy level… but seriously… it was a positive review, and the band took time to repost and reference it. Surely that means something?

Really, people seem to get easily offended by absolutely nothing (and I’m sure that’s no surprise to you!) – several of them seem to interpret any review as a personal attack on their own taste… even when it supports them and agrees with them!

Sometimes it really seems that people resent reviews and reviewers purely because they themselves haven’t been given the same platform to express their opinions. Anything that comes from a different perspective is demonised. These people won’t take the time to read a review – certainly not ones of the length that ours can be anyway – and simply react based on their own misconceived perceptions!

But these people aren’t our audience. If nothing else, Facebook has helped make that very clear. It’s always interesting to observe the variety of reactions and comments that appear whenever a band reposts something we’ve written, and there’s definitely a sense where we can predict the reactions of certain types of people.

What I’m really interested in though is what the people who DO come to the site – whether frequently or just occasionally – think. How they, how you, feel about what we write, and the way that we work here.

I can tell you now that we don’t write articles and reviews in order to prove ourselves in any way superior to anyone else. It would be incredibly pitiful if our self-image and self-esteem were tied up in some faceless internet opinion sharing (though we appreciate each and every person who takes time to read and engage with our work – it validates, if nothing else, the effort and the purpose behind our writing).

We write because we enjoy it, and we think it serves a purpose in the grand scheme of things. But that purpose is defined (to a certain extent) by our audience – by how you engage with, and respond to, what we write. Otherwise we’re just screaming at a wall.

Personally I write reviews (and in this I’ll include each edition of The Synn Report as well) in order to promote bands and albums that I love, to induce people to give them the time and effort they deserve, and perhaps to help put people in the right mindframe for their listening.

For me the writing and the music go hand in hand – the music dictates what I write, and the writing should then give people a sense of the music. There’s also something to be said for potentially opening people up to a new way of listening to an album/artist, and exposing them to new interpretations. I can say right now that being exposed to new perspectives has certainly, in the past, opened my eyes to bands I had previously dismissed.

Obviously the two guys mentioned above don’t care about any of this – and thank god they’re not our target audience. I think Islander himself has said, explicitly, that we write for people who WANT to read. People stuck at work, or on the train, who want to kill some time and discover and explore some new music – often without being able to listen to it immediately.

That’s the underlying purpose of our writing. To talk to YOU, the metal fan out there who wants to engage with something, to get involved, to read and react to something written about a subject you love.  And that love for metal – as an art form, as a culture – is something we share. We’re not faceless overlords, trying to tell you what to listen to and what to like. We’re you. You’re us. And because we know what we like, we write in the hope that you’ll like it too.

But if we’re writing for you (and thereby, also writing for ourselves), are we just preaching to the choir? Are we serving any purpose by telling you what you already know? If you like Skeletonwitch you’re probably going to buy the album anyway, regardless of anything we say or try and do about it. So why bother?

I think a big part of it is trying to bring in those on the fringes – the undecided, the unconvinced, those who’ve had a bad experience with the band before – and give them something to chew on, something to think over. Because we think that they’ll like it if they just give it a chance.

Another part of it – and this is something I think NCS strives for more than most other sites I can think of – is that we try to make the writing match the music that inspired it. In expressing the music – and our feelings about it – we might just make other people see something new or different. We might help people, even in a small way, to get the most out of an album. And that’s a rewarding thought. Thus the writing becomes an end in itself – it’s rewarding and illuminating for us to delve into an album in this depth, and hopefully you’ll be carried along with us.

Maybe we are preaching to the choir a bit (though the steady growth of the site seems to suggest we’re doing something right, even without meaning to) – but even that’s important.

So I’d like to end by asking you, our beloved readers, what it is that brings you to the site? What brought you in the first place, and what keeps you coming back? We want to get to know you, just as much as (perhaps) you want to get to know us. The better we know each other, the more we can connect.

88 Responses to “THE ART OF THE REVIEW: PREACHING TO THE CHOIR?”