But the Horror Grind Mixtape isn’t the only recent Crypticus upload to Bandcamp. They’ve also started streaming four songs from The Barrens, which features cool cover art by Derek Waugh. I’m including that below . . . and will be commenting on the album at another time. 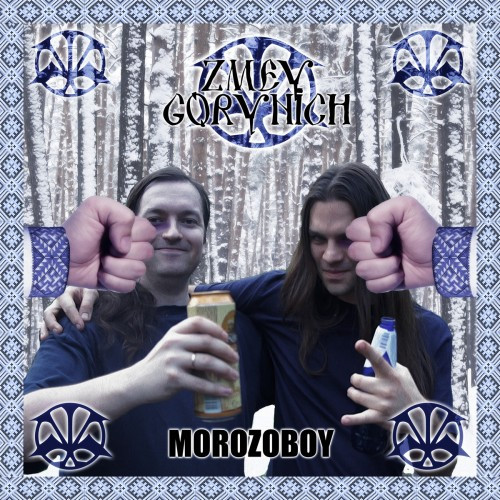 The members of Russia’s Zmey Gorynich are vocalist Demether Grail (Grailight) and three dudes from the mighty Kartikeya: Arsafes (vocals/guitar), Mars (bass), and Alex Smirnov (drums). They released their first single a couple days ago, available on Bandcamp for a buck. Despite the fact that this project (termed “Lubok-core”, “fully packed with vodka, bears, communism and snow”) obviously was formed with tongues in cheeks, I’m getting lots of kicks out of “Morozoboy” — racing, bouncing folk metal that’s catchy as fuck and includes a surprising syncopated rhythm and cool guitar solo in the mid-section . . . and a Russian breakdown at the end. Want more! 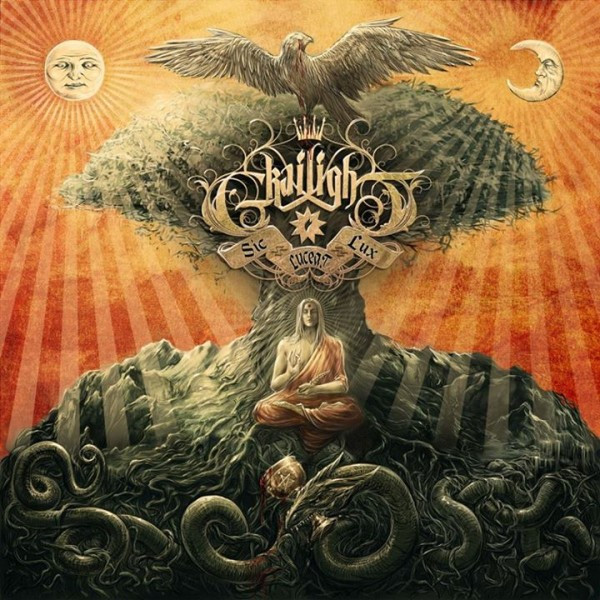 Since I’ve mentioned Grailight, I thought I would share with you the eye-catching cover art for the band’s next album, Sic Luceat Lux, which is now in the final stages of recording with the afore-mentioned Arsafes (Kartikeya, Above the Earth), who also handles lead guitar on the album. The artist is Alexander Tartsus of Morning Art Studio. Here’s a pre-production version of one of the new songs: “Homo Divinus”. At times it’s almost like symphonic death/grind, if you can wrap your minds around that. Very cool. 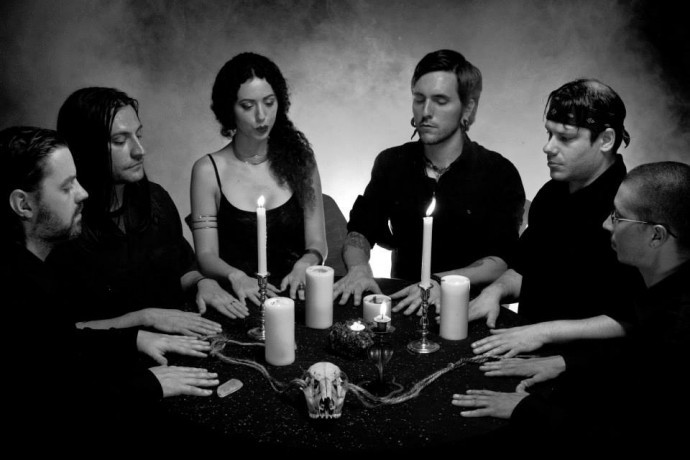 Here’s one more video that premiered on Halloween Day, this one from Detroit’s Scorned Deity, whose 2013 album Adventum was reviewed for us by TheMadIsraeli. The song featured in the video is “The Hand of Will”, and what TheMadIsraeli wrote about the album as a whole suits this particular track, too: “The things that make Adventum a great album are its savage delivery, fantastic melodic texturing, and its tasteful use of symphonic elements, which are incorporated not as half-assed attempts to make a song sound epic, but to bring the songs into expansiveness.”

The video seems to depict a strange private performance for a strange king, and whatever its deeper meanings, it’s fun to watch. 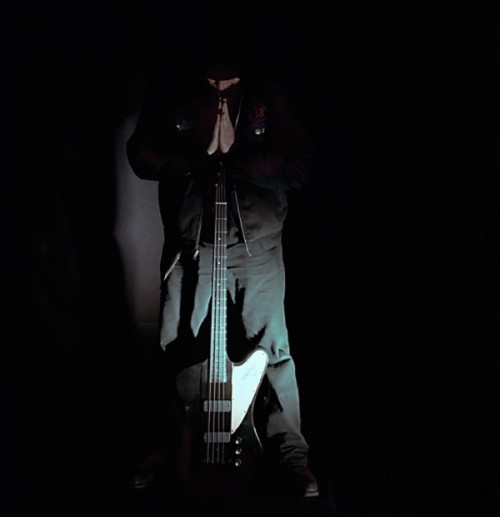 SuchThauS is a band created by a sculptor, stage designer, and former Skitliv bassist who calls himself  Spacebrain, along with a collaborator who goes by Fruen, and they’re joined by a shifting group of guests. The last time I wrote about them (in 2012), the subject was music (and a video) from their 2011 debut album named The Dark Side and the Bright Side. One of the songs on that album — “DownTown Train” — includes two notable guests: vocalist Maniac, who was a founding member of Mayhem and is now in Skitliv, and one of the best drummers in metal, Mayhem’s Hellhammer.

SuchThauS are now at work on a sophomore album to be named Motorbrain, with Spacebrain on vocals and bass, Fruen on vocals and guitars, and two other collaborators, Ingvar on guitars and AD/HD on bass. Plus, Hellhammer is back as the drummer. One of their apparently impromptu guests on the album is Shining’s Niklas Kvarforth, who explained his involvement this way:

“Last weekend, Hoest (TAAKE) and I were on our way to a studio outside Oslo to do some recording for a project we’re both involved in. We did however have a few hours to kill in the capital before catching our train and ended up meeting some old friends of ours – an evening which unexpectedly resulted in additional recordings in the living room of former SKITLIV bassist Spacebrain for his upcoming SUCHTHAUS album. Spacey filmed some of it, which kinda bothered me at first, but for him… I owe him way more than that. Looking forward to hearing the result.”

And now here’s the video that Kvarforth described. The song is “The Walls of Berlin”. Fuckin’ cool song, definitely more metal than most tracks from the debut album, but still way out there. Hellhammer shines; gun-toting Kvarforth gets into it with agonizing wails, shrieks, and growls; and the bass and guitar work is heavy, ripping, and alien all at the same time. Digging this.