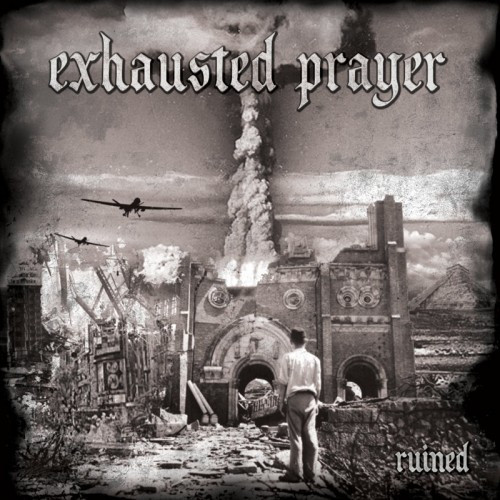 (In this 7th and final installment of a multi-part piece, Austin Weber continues rolling out recommended releases from his latest exploratory forays through the underground. Previous installments are linked at the end of this post.)

Exhausted Prayer are one of my favorite Los Angeles metal bands, and their streamlined yet progressive merger of black and death metal is a thing of wonder to take in. They’ve been at this since 1997, and Ruined marks their fourth full-length as a group, completely self-released by the band. Somebody needs to sign these guys, for real.

Ruined is an organic, often heavily atmospheric and deeply breathing record — one whose airy yet not hollow production perfectly marries their impressive approach to fusing black and death metal together. Ruined sports a natural production, one which will likely require you to turn your speakers up since it isn’t a loud, brickwalled lump of pain. Sometimes it’s nice to listen to a record that isn’t an over-compressed offering that hurts to listen to with headphones.

Melo-death riffs and melodies are cleverly spun inside torrential black metal storms throughout the album’s duration. The manner in which they execute this makes for some chilling, as well as fist-pumping, moments. Yeah, melo-death integrated beautifully into black metal, it’s certainly an impressive oddity. In execution it comes together like a torrid mix between Enslaved and At The Gates — with a pinch of brutal death metal, Death, and Opethian prog sensibilities given room to flourish throughout in equal measure.

Often during the raging black metal assaults, an eerie melody will float overtop while the rest of the song blazes past, a trait best exemplified within “Downturn” and “Prey” to haunting effect. Meanwhile, other tracks throw up a different formula, such as “Wasting Game”, which is carried by a combo of brutish death metal riffing and heavy growls. Lest things get too comfortable, the band pull the rug out from under you yet again as the song also delves into stoner-styled clean singing passages as well. A thrash undercurrent also worms its way into the black metal tapestry on tracks such as “Redacted”, and some rock and roll influenced solos also pop up, furthering the record’s eclectic nature.

In spite of its often bleak atmosphere, listening to Ruined always leaves me feeling good. It’s quite a fun and energetic album, with memorable and distinct songs, each one a separate journey taking a different path. This is not a record that tries to be the most evil, the fastest, the angriest, or the epitome of any other genre trope — Ruined merely exists in its own sphere, as a unique statement. 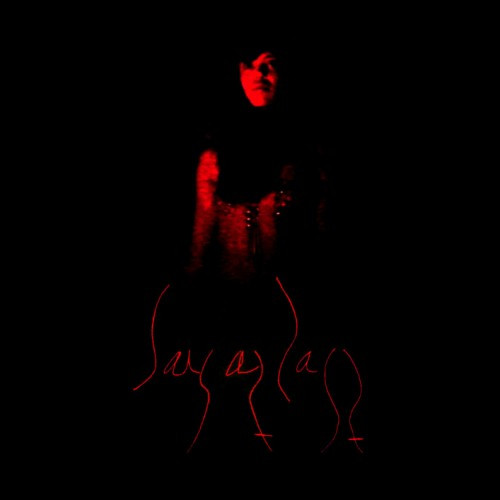 Last I wrote about Joey Molinaro here at NCS, I was obsessed by his violin covers of Discordance Axis’ The Inalienable Dreamless album, which I had found due to his contributions on the new Gridlink album. Well, now he is a part of a full group called Say At Last, and damn this is nuts.

Say At Last provides Molinaro and several other players the opportunity to create their own grind concoction. It’s a caustic odyssey led by dreary and creepy violin and cello layers, and topped off with punk-spewed vocals courtesy of Joey as well. Joining him are drummer Alex Cohen (Pyrrhon/Epistasis/Imperial Triumphant/etc), guitarist Kevin Wunderlich (Epistasis), and Valerie Kuehne on cello (Super Coda). I’ve written about Epistasis several times here at NCS, and they are quite an incredible group.

Together, this lineup joins several highly creative and eclectic musicians to create something experimental and wonderful. To borrow the term the band espouses on their Facebook, its chamber-grind. Can’t say I’ve ever heard anything like this before, and damn is it haunting and lively.

Their name and album title — Say At Last — Who Art Thou? — unite to form a line from Goethe, which I will quote here:

“Say at last–who art thou?
That Power I serve.
Which wills forever evil.
Yet does forever good.”

Maybe it was intentional or maybe not, but having their name and album title combine to reference a great work of the past seems to mimic their bridging of the gap between older classical forms and newer punk ones.

As this is crusty punk-grind-oriented material, all the songs are under the two-minute mark, save for two three-minute-length tracks. Straddling the line between classical heft and pomp and virulent aggression is a fascinating concept that is explored admirably on Who Art Thou?. However, tracks such as “Remover Of Objects”, which lack the aggressiveness of the other songs and dial in on a marching drum beat and a slow twisted nature, offer another angle to what Say At Last are capable of that is equally intriguing.

Say At Last are yet another forward-thinking band who are expanding metal’s boundaries by drawing from far outside it, and bringing their eclecticism to the forefront, merging the two worlds into one. Who Art Thou? is the kind of record I get really excited for, its curiosity and elegance unparalleled. Give Say At Last a chance; this is just more proof that fresh and exciting things are still being crafted in the world of heavy music by those daring enough to think outside the box. 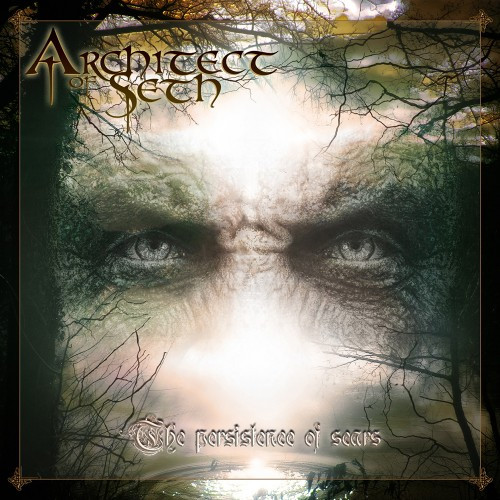 Now, my friends and foes, we come to the end of all things, or the end of this article at least. So, as a parting gift, we will close things out with a band from Normandy, France, named Architect Of Seth. I can thank one of my close friends for hearing about Architect Of Seth. She sent me a link to them recently, and typically, our death metal tastes mesh. And it seems I’m yet again covering a release from a label I only recently discovered, Great Dane Records. They are the same label who include Dungortheb (whom I recently wrote about) on their roster. While The Persistence Of Scars came out last December, I just now heard it and have quickly grown to love it.

Architect of Seth fit confidently within technical death metal realms, but they are not so heavily focused on the usual shred-heavy approach, more so because of their quite complex riffs, though there are a lot of killer leads in between those spidery, ripping and roaring riffs.

This intricacy makes each song on The Persistence Of Scars a chaotic and unpredictable experience. At times, the intensity and ferocity hit an apex that can only be labelled with the hard-to-describe tag of “extreme metal” — notably on tracks such as “Transhumance astrale”, “Embrace of anguish”, and “Hybrid consuming flesh”, all three of which play back-to-back and together serve as the angrier part of the album, the other tracks filling in different shades and employing experimental tactics. At other points, things get quite proggy, sometimes even piano/orchestral–synth-infused or celestial in nature.

Hard to believe this album is the work of just two guys, Paul Rousseaux on guitar/programming and one other guitarist named Yohann Kochel. The Persistence Of Stars sounds mature and multi-faceted, like the work of a full band. They list acts such as Death, Theory in Practice, Coroner, Atrocity, Pestilence, Nocturnus, Emperor, Martyr, and Necrophagist as influences. Since theirs is a heavily hybridized and compact sound, I would venture to say that the influence of every one of those bands can be heard at various points during The Persistence Of Scars. Drawing from such a vast span of ideas and styles lends a jack-of-all-trades aspect to the album, and creates a whole hell of a lot of variety and different parts to keep track of.

*Since the band namedrops the almighty Theory In Practice as an influence, it seemed right to include a stream of one of their songs below, as they are not only one of my favorite bands, but also one who go continually unheard of, while being cited as an influence by many a band.

**If you’ve never heard the first two highly influential and legendary death metal albums by Atrocity, a band Architect of Seth also cite as an influence, there’s little I can do to help you. But included below is a link to one of my favorite songs (embedding has been disabled) from their brilliant 1992 second album, Todessehnsucht. Oh, and H.R. Giger of all people did the artwork for their 1990 debut, Hallucinations, as well. They’re one of the best of the original death metal pack who never got the number of fans and following as many others, though they were certainly ahead of their time. Maybe this was due to their change in style away from death metal after their second album, or perhaps their location in Germany failed to connect them to the thriving original death metal bands in the US. Who knows? Those first two Atrocity albums are prime rib early festering death pickings, a heaping of meat and bones, like eating dead things, in viscous sonic form.