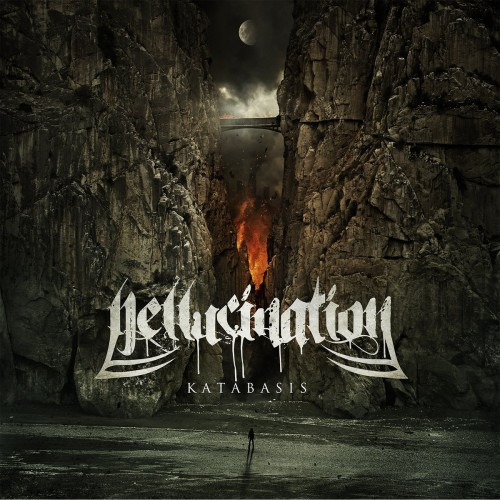 This band right here is one of the reasons this article got out of control. Yet, Hellucination are one that I felt I had to include because I was listening to their new album a lot for a fairly recent discovery. This one is a late addition that kind of forced its way into the group after I spotted its album art popping up on the social media pages of a couple of musicians I was checking in with.

Hellucination are a melo-death/core-with-a-hint-of-proper-death band hailing from Italy who managed to gather some pretty interesting guests on their recent release Katabasis. The album art, which reminded me a ton of Canadian Deathcore band Depths Of Hatred’s own Hellborn release from last year, is what initially attracted me to this disc. Katabasis plucks from its two genre descriptors with an almost gleeful abandon — the songs have some real chunky groove sections, but at the same time the band will throw out a super-melodic lead and drop into the more familiar melodeath two-step at the drop of a hat.

Francesco Artusato (All Shall Perish/Devil You Know), who is one of the reasons I feel All Shall Perish really got good in their later career, makes an appearance on the song “Ephemeral” and just completely tears into it in the closing solo bits of the song. Hideous Divinity guitarist and No Clean Singing best friend in the whole wide world Enrico Schettino appears on the album’s title track. As a bonus, the band throw in a slightly slower and crunchier take on In Flames’ “Take This Life”, which is a punchy way to end an already hefty batch of music in the nine songs and intro that this band provide.

You can buy Katabasis for €10 on the group’s Bandcamp page. 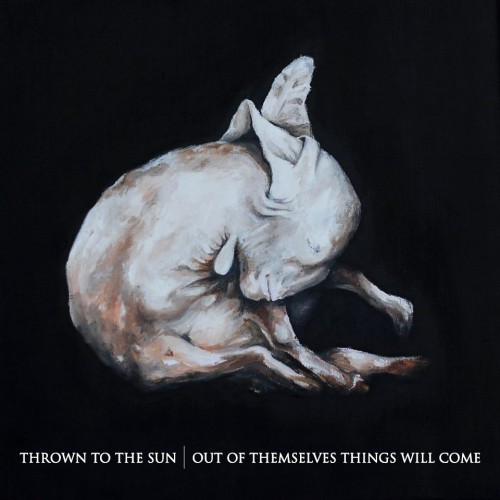 Thrown To The Sun

Thrown To The Sun are a group hailing from Istanbul, Turkey. Their 2014 release was Out Of Themselves Things Will Come. If there is any release in this roundup that I truly am beating myself up over having forgotten about, this is it — because Thrown To The Sun make some fascinating and angular death metal, with melodies and harmonies that can seem as foreign to the music as possible, but somehow the band are able to work their way around it and weave these tight and concise songs that seem to bounce and throw themselves about.

Out Of Themselves Things Will Come arrived three years after the group’s disc Of Oceans And Raindrops, and the band made some roster movement in the interim, having recruited a new session vocalist — Başer Çelebi — for this disc. The new album shows that the band have learned a lot in their three years between releases because at times Out Of Themselves Things Will Come can be one of the heaviest releases out there and then shift gears into a progressive and softer direction.

The riffs on this release aren’t bludgeoning — at times they take a path toward the insectoid, like perfect hexagons being stacked on top of each other with the amount of fretwork involved; strange sounding to the outsider, they seem to click together into their own hive. “Fatigue”, for instance, is one of the faster-moving and more traditionally death metal tracks on this disc, but it comes after the high-energy, angular, and melodic opener of “Gnomon”. Out Of Themselves Things Will Come contains a decent amount of clean singing as well, but like most of the other elements, it weaves within the rest of the music just fine.

Thrown To The Sun are an underground prog-death treat and one whose 2014 release I’ll still be beating myself up over for having slept on, after having enjoyed Of Oceans And Raindrops so much. This is a disc that is worth the listen, as it shoots off in a variety of different directions and ricochets off each wall, building into massive energy bursts. Right now, Thrown To The Sun are asking for a meager $7 for this release and it is easily worth the money.

2 Responses to “SIFTING (Part 2): HELLUCINATION, THROWN TO THE SUN”