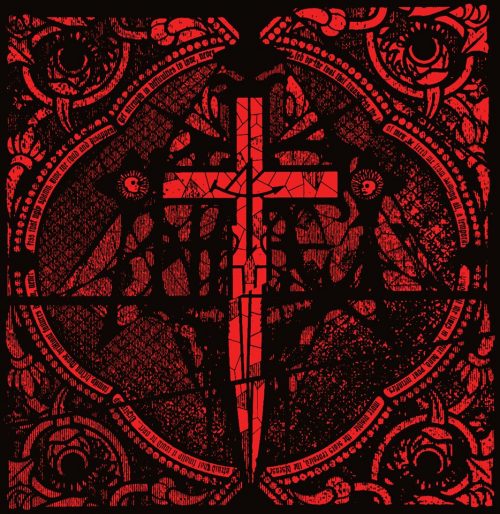 Ten years after their last studio album Blood Libels, the French black metal band Antaeus have a new album set for release on November 18. Entitled Condemnation, it was recorded by guitarist Set and vocalist MkM as the two sole members of the band, with session drums by Menthor (Enthroned, Lucifyre, Nightbringer), who coincidentally was the drummer on the excellent debut album of the Dutch band Soulemission that we premiered just a few days ago. 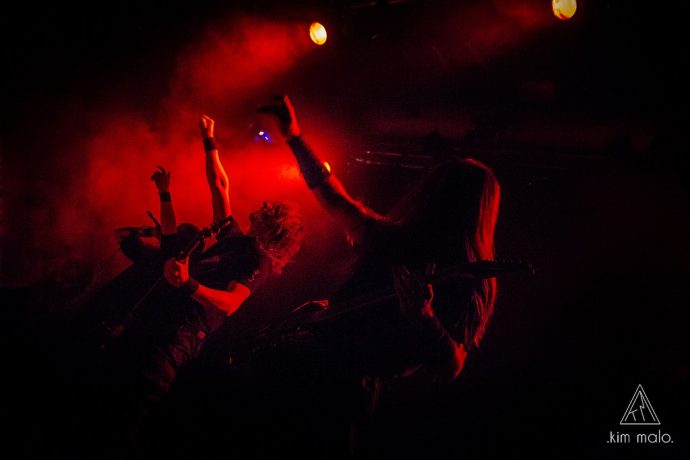 The title track from the album premiered at the wonderful Bardo Methodology blog, accompanied by an interview of MkM that’s well worth reading. In that interview he described the music on the new record as “even more brutal than the last album”: “Set’s riffs sound like anger captured in distortion, so they are the perfect channel for my voice.”

You get proof of MkM’s statement in the title track. Both the seething riffs and the scalding vocals are ferocity incarnated in sound, with the song becoming even more cold-blooded and grim as the pace briefly slows in the midst of the conflagration. (The YouTube clip below ends abruptly, but if you check the Soundcloud clip at Bardo Methodology, you’ll find that the full song ends only two seconds later.)

Condemnation can be pre-ordered at these locations on CD and vinyl (digital download codes will be included): 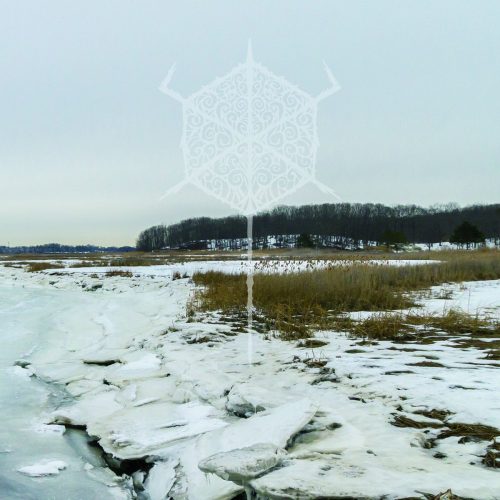 I learned about Afar because it’s the solo project of a guitarist (I.K.) from a New Jersey band I’ve praised repeatedly at our site, Windfaerer. And Afar’s debut album Selfless (released on October 19) also includes guest vocals on the song “Beckoned Into Fog” by Windfaerer’s frontman M. Gonçalves and by J. Aversario.

There is considerable beauty in the melodies throughout Selfless, and you get an immediate taste of them in the haunted reverberating guitar intro to the first song “Healing”. Yet as that first track also reveals, Afar is equally capable of producing music of surging power and chilling, majestic sweep. I.K.’s raw, howling vocals and somber growls carry passion and conviction, matching the emotionally evocative tapestries of the songs.

There are significant elements of depressive black metal in these atmospheric songs, including the agony and anguish in I.K.’s voice and the aching aura of many melodic motifs, yet one of this impressive album’s many alluring aspects is its ability to put glimmering rays of hopefulness into these cascading gray clouds of melancholy, most especially in the soaring closing track “Twelve”, when the vocals become clean-sung. Perfect music for the approach of the cold season in these northern climes.

I’ve learned that any band in which the Norwegian artist Doedsadmiral is involved will be worth checking out. Those bands include Nordjevel, Svartelder, and Doedsvangr, and now there’s one more to add to the list. Under his guise as V.I.T.H.R, he fronts a new group called Enepsigos, in which he is joined by Straff (ex-Sarkom) on guitars and bass and Italian drummer Thorns, who has worked with Blut Aus Nord, Deathrow, Fides Inversa, Frostmoon Eclipse, and Darvaza (among others).

Of course, I probably would have checked out the music anyway because of that cover art by Vincent Fouquet. There’s something about it that’s not quite natural. I’m sure that with continued study I’ll figure out what’s askew.

The debut album of Enepsigos is named Plague Ov Plagues, and it’s set for release on January 1, 2017, by Drakkar Productions. A song from the album named “Manifestum” was recently released. The blazing drum performance on the song is off-the-hook; the vocals are abrasively ugly and bestial; and the riffing is like a high-speed lashing with barbed wire. It’s a pure burst of adrenaline that also happens to be blood-freezing in its grimness and unsettling in its occult, alien aura. 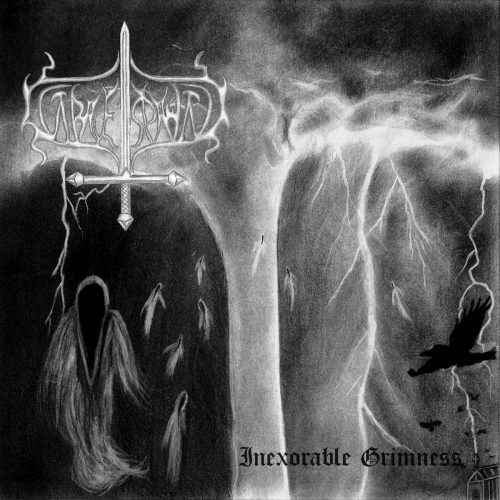 “Gravespawn play Grim Ancient Black Metal with the intent on taking the listener on a journey through the bloodstained fields of antiquity, myth, and legend as well as the darkness and cruelty of times forgotten.” So says the advance press for this Southern California band’s new EP EP Inexorable Grimness, which is set for a November 21 co-release on CD and digitally by Symbol of Domination Productions (Belarus) and Vae Victus Productions (USA).

The one song released for streaming from the EP so far is “Thy Gates Ablaze”. This bounding song’s central riff is magnetic in its appeal, and its bleak yet heroic guitar and keyboard melodies summon vivid images of mythic warfare and sacrifice. It’s a coincidence of alphabetization that the song appears in this post right after the Graveland tracks, but they exhibit a clear kinship. 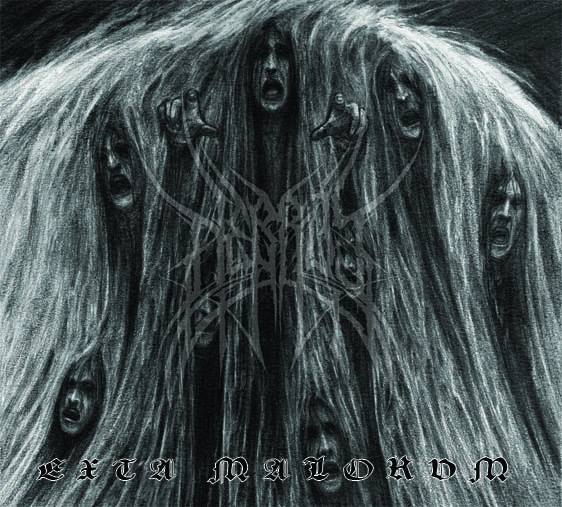 Nebrus are an Italian black metal duo, and their second full-length Exta Malorvm will be released on November 4 by the U.S. label Razed Soul Productions. It includes artwork and layout by Stephen Wilson of Unknown Relic. So far, one full song (“Relaying On Madness”) and an album teaser of song excerpts have been released for streaming.

“Relaying on Madness” gets the blood pumping right away with a jolting riff and then becomes increasingly alien and chilling. The echoing vocals are hair-raising in their terrifying explosiveness, and the song’s morbid, sweeping melody penetrates like a thick, dank fog, segmented by bouts of intense, blood-pumping frenzy. Dramatic, gripping music — and the teaser provides additional compelling evidence that the album will be worth hearing in its entirety. 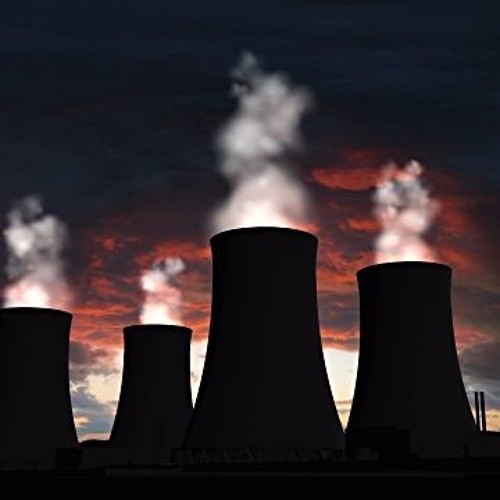 Stroda is a one-man black metal band based somewhere in the UK. As far as I know, there are no Stroda releases yet, but he has uploaded a lot of stuff to Soundcloud. Some of it only consists of musical ideas and fragments of what might or might not turn into songs. But there are some full songs there (including including a couple of three-track demos), and I’ve collected three of the most recent ones below.

“October” is a wholly enveloping burst of dramatic intensity, driven by light-speed drum blasting and flurries of powerhouse riffing — leavened by somewhat slower segments occupied by riveting guitar melodies. “I” is slower and less epic in its feel, more freighted with a cold atmosphere of desolation and doom, but it grows more fiery, fierce, and jolting as it unfolds.

“Infinite Descent” is the longest of the three tracks, and the most dynamic as well, incorporating both surging, sweeping, warlike intensity and subdued episodes of grief and spectral gloom.

I found all this music genuinely impressive, and hope that one day soon Stroda will provide a proper release.

(I owe thanks to starkweather for turning me on to the music of Stroda.) 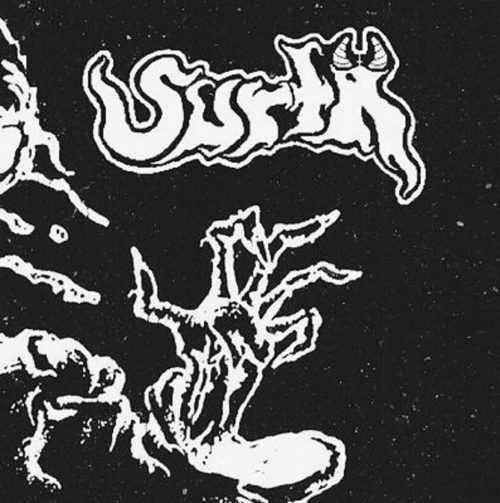 This makes the third time this month when I’ve included a release by the one-man California band Surtr in one of these posts, but new releases continue to pop up and they continue to be very good, so here we go again.

The newest EP is called Diabolical Journey, and it was released on October 10 by Eternal Frost Records, based in Placerville, California. The music displays the same compositional and instrumental impressiveness as the first two releases, highlighted by marvelous lead guitar performances. Many of the songs are mid-paced or slower — atmospherically dismal, depressive, haunting, and hallucinatory — but they’re also grimly rocking and rolling, or they bound forward in exuberant punk gallops.

Mystical keyboard and guitar melodies drift through some of the songs like fragrant, mind-altering vapors… and in fact there’s something otherworldly and mind-altering about the whole EP when heard in one sitting. Cold, mesmerizing black metal from an obvious creative talent who pulls from genre influences that go beyond black metal….

You can download Diabolical Journey at Bandcamp, and like the previous two releases, it’s also available from Eternal Frost on black tape, limited to 33 copies.