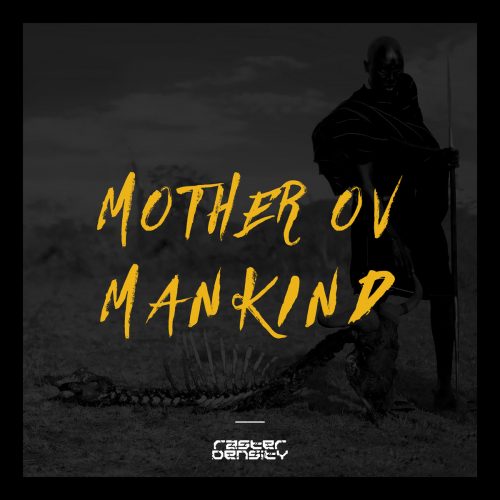 (Here is Andy Synn’s review of the new album by the Finnish band Raster Density, which was released in May of this year.)

It’s been something of a banner year for the Technical side of the Death Metal spectrum so far, with new releases from both established luminaries (Decrepit Birth, Origin, Inanimate Existence) and up-and-coming acts (Replacire, Enfold Darkness) grabbing hype and headlines for their furious fretsmanship and shameless dedication to crushing complexity.

And while this torrent of technical tumult doesn’t show any signs of abating any time soon – with new albums from Archspire (which I should be reviewing next week), Fleshkiller (aka Extol 2.0), and The Faceless (which, yes, I have heard) all on the horizon – the sheer array of impressively OTT offerings clamouring for our attention means it’s inevitable that some bands will slip through the cracks.

Which, until now at least, had very much been the case with Finland’s Raster Density.

For all intents and purposes, Mother ov Mankind, the band’s second album, threads the eye of the needle between the atmospheric density of Rivers of Nihil and the progged-out trickery of Gorod, and while it never quite manages to fully escape from the shadow of its peers/influences, it still provides a rich and satisfying dose of deathly delights.

The opening duo of “Alkebulan” and “Flesh of the Blessed” immediately showcases a band with some undeniable technical abilities under their collective belt, but also an impressive sense of mood and dynamic (something which many of those chasing the Tech Death dragon seem to neglect).

In particular the intense-yet-intelligent performance of drummer Rami Laine demonstrates a keen grasp of when to ease back on the gas a little, and when to let out all the stops, as the song(s) demand.

Things really pick up with “Cut Down the Tall Trees” though, which signals the start of an impressive run of tracks more than capable of going toe-to-toe with the very best of today’s Tech Death scene.

“…Tall Trees” sees the band walking a tightrope between concentrated complexity and unashamedly hooky heaviness — all twitchy, chugging riffle and skittering fretwork — which in turn leads smoothly into the humongous, hi-tech grooves and moody melodic undercurrents of “To be Leered, Shamed, and Abused”.

This is followed, in quick succession, by the electrifying bombast of “White Skin Between Mortar and Pestle” – where the band once again demonstrate some admirable restraint in their employment of both focussed technicality and sheer velocity in service of the overall song – and the satisfyingly vicious “Blood Induced Mass Psychosis”, with its ear-catching blend of visceral aggression and cerebral melody.

And while “Eat Up the Red Soldiers” doesn’t quite reach the same heights, it’s still a powerful blast of taut, crunchy riffage and rugged, rough-hewn vocals, which eventually gives way to the punishing intensity of subtly melodic closer “Incubation Period”, whose many twists and turns succeed in feeling as natural as they are unpredictable.

With Mother ov Mankind the Finnish quintet have put together an album which deserves to reach a much wider audience, and one which never sacrifices substance in favour of style.

And while their sound isn’t quite at “world conquering” levels yet, the potential is definitely there, and I’m hopeful that this review will contribute to a steady groundswell of support for a band who have all the tools and talents to go on to bigger and better things.