I suppose you’d have to be living under a rock not to know that At the Gates have a new album headed our way. For you under-rock dwellers, To Drink From the Night Itself will be released by Century Media on May 18th. Yesterday brought another single from the album, packaged with a wonderful video created by Costin Chioreanu of Twilight 13 Media.

“A Stare Bound In Stone” is further convincing proof that AtG’s new album is going to be a “return to form”, i.e., the song is explosive, vicious, moody, and memorable. Tompa Lindberg’s vocals are on fire; so is the battering and booming drumwork; and the lead-guitar lacings give the music an eerie atmosphere to go along with the song’s blood-rushing drive. 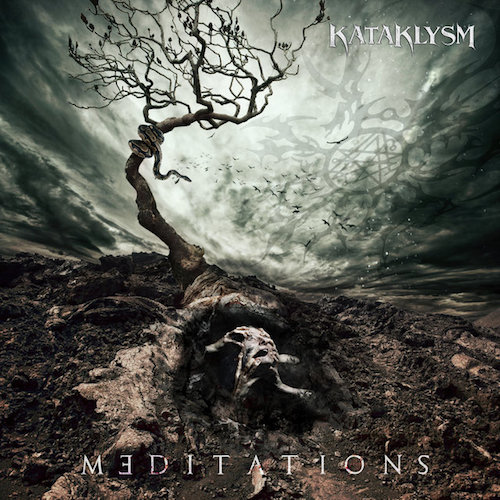 Montréal’s Kataklysm also have a new album on the horizon. Entitled Meditations, it will be released by Nuclear Blast on June 1. According to press materials, all four band members wrote and composed the album “together under the same roof for the first time in over a decade and returned to the old days of songwriting efforts which saw the band’s classics such as Shadows & Dust, Serenity In Fire and In The Arms Of Devastation come to life”.

Yesterday, Kataklysm revealed the new album’s first single, “Guillotine” through an eye-catching lyric video. And like the two singles released so far from At the Gates’ new album, this one is inspiring: It reveals a venerable and venerated band hitting on all cylinders rather than slogging listlessly through their middle age.

This three-minute track is a hard-hitting speed demon, its pulsating main riff and furious drum attack joined together with bursts of start-stop rhythmic jolts, a swirling guitar melody that puts a hook in your head, and vocals that are pure fire. 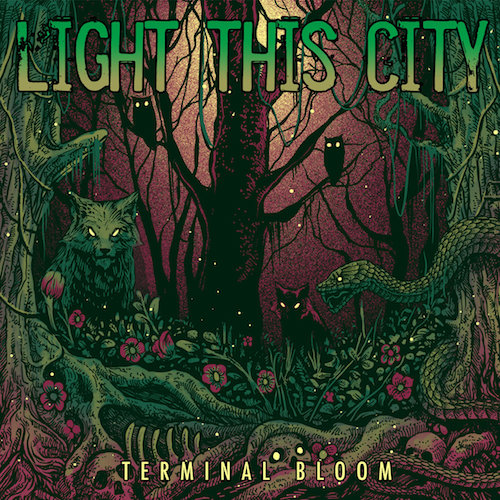 The Bay Area melodic death metal band Light This City have come back to life with their first new album in a decade, the name of which is Terminal Bloom. It will be released by Creator-Destructor Records on May 25. The first single, released a couple of days ago, is “A Grotesque Reflection“, and it nicely rounds off the trio of melodic death metal gems in this post.

The song is both a reminder of why Light This City were so beloved back in their hey-day, and also a sign that they have another hey-day coming. Through its galloping drum rhythms, jabbing riff-work, and hook-filled melody, the song reveals a strong connection to the Scandinavian melodic death metal antecedents that once animated the band and still do, and Laura Nichols’ vocals are so extravagnatly  incinerating that they can stand shoulder-to-shoulder with what Tompa Lindberg is still doing for At the Gates.

This song, like the one that begins today’s post, proves that despite past proclamations that melodic death metal is played out and moribund, there’s still a hell of a lot of life in the genre, at least in the hands of bands like these. 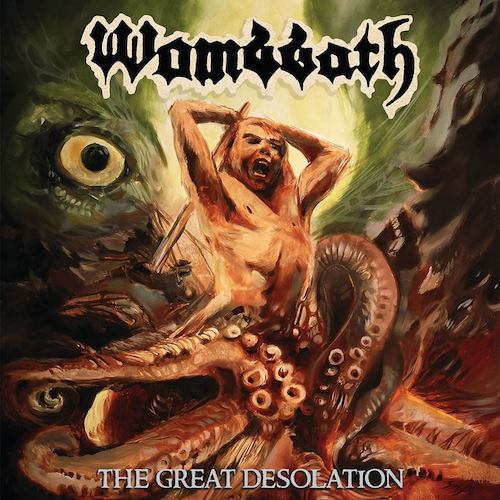 And then the song begins to gallop like a hell-steed given the spurs, to rampage and grind like a brutal juggernaut, and to inflict jackhammering punishment. The moaning and groaning riffs, together with the ravenous yet ghoulish vocals and a shrieking guitar solo, give the music a grisly, gruesome, preternatural atmosphere, but man, the song is a Grade A head-hammerer too.

The name of the track is “The Weakest Flesh“, and it will be included on Wombbath’s new album The Great Desolation, which will be released on June 1st by Soulseller Records. For more info, check the links below.