Of the four records in this post two of them come from bands I’ve written about before and two are newcomers, including this first one, a new Icelandic black/death metal project organized by members of Ophidian I. Their self-titled album, released on December 21st, was recorded in part by Studio Emissary’s Stephen Lockhart and was mixed and mastered by him, and that’s why I paid attention to it. Glad I did.

The most thrilling and chilling parts of this album (and they are very thrilling and chilling indeed) come about when Helfró unleash unholy storms of eye-popping drumwork and spearing shards of gleaming, dissonant melody that give the music an atmosphere of unsettling grandeur. However, the thrills don’t end there. The band switch gears rapidly, inflicting bursts of grim, drilling riffery and freakish, swirling and skittering arpeggios;  settling into more solemn (and dismal) moments in which somber, reverential clean vocals sometimes emerge, as a contrast to brazen cries of fury and the more predominant unchained violence of all the shrieking and roaring; and soaring to heights of frightening magnificence.

The songs are intricately plotted, and the technical proficiency of the performers is beyond question. Explosive, dramatic, deliriously exuberant, often “epic” in its sweep, and just as often brain-scrambling in its labyrinthine, avant-garde permutations, the album is intensely gripping from beginning to end. Icelandic extreme metal never ceases to amaze; Helfró, coming out of left field at the vanishing end of the year, is just the latest in a long line of astonishing albums from this tiny nation, and one that seems entirely in keeping with the land’s vaunted geography of fire and ice. 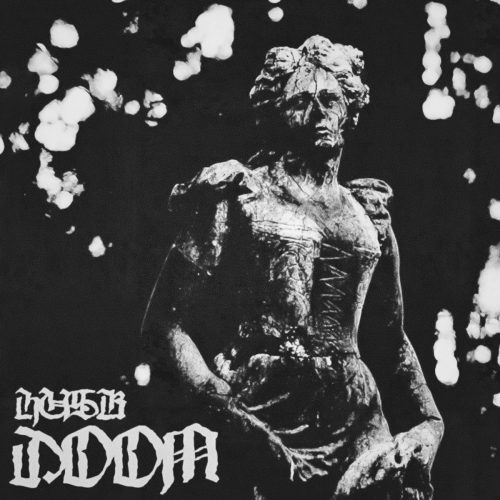 Husk is one of the two bands in this collection whose music I’ve reviewed before — in particular, this Italian one-man project’s nightmarishly powerful debut EP Fangs, which appeared in 2017 (the review is here). I’m returning to Husk because on October 1st the band released a debut album named Doom.

Doom is the name, but the music is doomed in a way that’s quite different from the brands of metal that use that genre appellation. Even though there are a few times when the music drags and groans (e.g., in “The Crypt”), the album is mainly cruel and catastrophic, explosive in its torrential fury and steeped in a kind of despairing and frenzied hopelessness even when it’s not summoning vivid visions of the apocalypse.

The tone of the riffing is dense and corrosive; the leads shriek in dissonant tones like tortured poltergeists; the drumming turns the roiling murk in which it lives to a tumultuous froth, and strikes with enough power to crack bone and bruise flesh; while Husk‘s lone terrorist vents the lyrics in bestial, gnashing growls. The violence in the music is damned scary, but the nightmarishness of the sounds doesn’t obscure either the kaleidoscopic creativity of the compositions or the songs’ potent physicality, which regularly will drive your head like a pumping piston.

There’s tremendous fire and fury in Doom, born of unmistakable (albeit mind-splintering) passion. It’s one of those turbocharged albums in which it’s easy to lose yourself despite its jaw-dropping ferocity and instrumental athleticism, and be left gasping for breath by the time it ends. 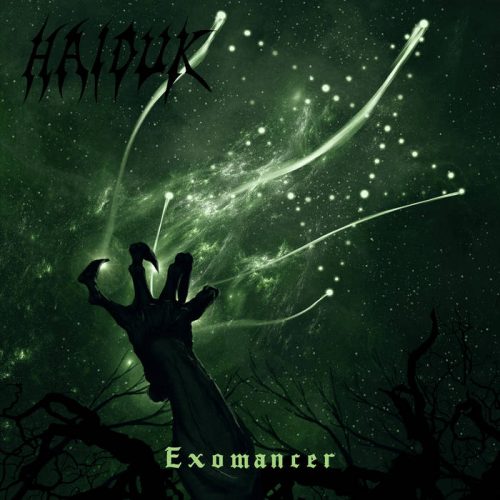 Haiduk (the solo project of Canadian musician Luka Milojicais) is the other band in this quartet whose music I’ve reviewed before — first in 2012, when the subject was Spellbook, and again in 2015 when the subject was Demonicon. And now, in addition to those first two Haiduk full-lengths, there’s a third one named Exomancer, which was released on October 17th.

Haiduk shares with Husk an affinity for black/death metal that’s particularly cruel and unnerving, creating within Exomancer a nightmarish journey that reveals one chilling, hallucinatory vision after another. Haiduk creates these otherworldly vistas through flurries of technically impressive, spidery fretwork that seem unbounded by sanity (or Earth’s gravity). The fleet-fingered riffs and leads are in constant motion, and their rapidly changing directions are fascinating, yet risk communicating their insane extravagance straight into the listener’s brain. It’s a wonder the songs hold together, but they do.

As before, I find myself wishing that Luka Milojicais could find a human drummer capable of keeping up with him, and capable of translating his own mind-bending ideas into the fast-veering and highly varied percussive patterns that (so far) he’s able to make real only through machine programming. As for the vocals, Haiduk‘s maestro possesses a cavernous, cadaverous, cold-blooded growl, but he rarely uses it to accent these songs — nor does he need to, because the guitar work alone is a mind-bending tour-de-force.

In fact, it’s such a relentlessly mind-bending trip that the album as a whole risks sensory overload; perhaps shortening it might have been a wise editorial move. But that’s a small critique, offered with constructive intent. Exomancer, as it is, is still well worth your time. 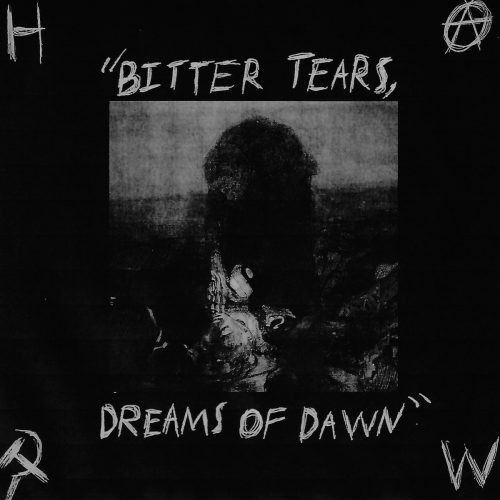 To close today’s collection of short reviews, I’ve chosen the second demo released so far by the one-man Scottish band Howling Waste. Entitled Bitter Tears, Dreams of Dawn, it was released on December 13th and follows a previous demo (which I’ve not yet heard) named Living In the End Times that was released in late November.

Howling Waste characterizes the music as “monastic marxist black metal insurgency”, derived from its creator’s “far-left politics and the horror of the impending capitalist apocalypse”.

I’m not entirely sure what event is being commemorated by the sorrowful melody and vocal samples in the EP’s opener, “December 4, 1969“, but based on Howling Waste‘s political motivations and the sound of the samples, I’m guessing it was the murder of U.S. Black Panther leader Fred Hampton by Chicago police and the FBI. With the stage thus set, we get into the meat of the EP — three tracks that I found increasingly addictive the more I listened.

Like Haiduk, and countless other one-man projects, Howling Waste relies on programmed drums, and they are serviceable, but they leave the lion’s share of the music’s appeal dependent on the riffs and leads. Obviously, or you wouldn’t be reading this, they are quite charismatic, channeling considerable emotional intensity while setting memorable melodic hooks. Rage lives within the songs, to be sure, but so do feelings of disenchantment, abandonment, and deep sorrow, as well as equally intense yearning and something close to transcendence.

The production of the music gives the riffs a fuzzy, lo-fi tone, which I found somehow warming rather than abrasive — though there’s nothing warm in the throat-lacerating, ear-shredding shrieks and screams of Howling Waste‘s vocals. But given the subject matter, I would expect nothing less. The music isn’t intended to be comforting or complacent.

P.S. The fourth track, which is set to go first in the Bandcamp stream, is the one that got its hooks in me in the most lasting fashion (it includes a tremendously soulful solo). It’s worth giving the whole EP a spin, but also not a bad idea to begin there.