(In a new episode of this occasional series, Andy Synn again combines reviews of releases by bands from the UK, with three new offerings on tap today.)

So far this year I’ve barely touched upon the musical output of my homeland, barring a single edition of “The Best of British” back in February, but, wouldn’t you know it, I’ve now built up enough of a backlog that I have enough potential candidates to fill not only this column but another two additional ones as well.

At some point I’ll get them all written up and reviewed… at some point… but for now let’s begin with three shorter, but still rather spiffing, releases from Roots Entwined, Subservience, and Watchcries. 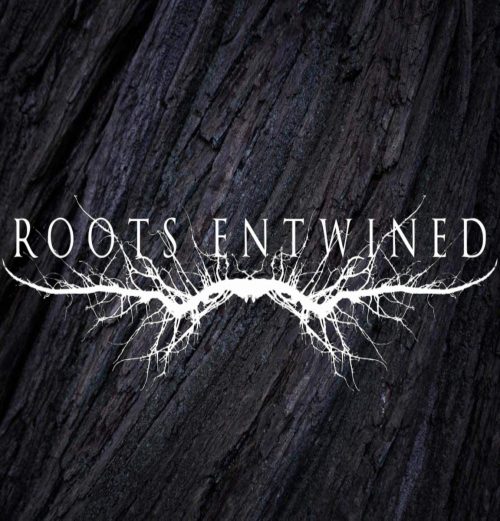 Northern Black Metal upstarts Roots Entwined may be a fairly new band, but their debut, self-titled EP already shows a lot of promise and a healthy amount of confidence across its three tracks, which (both collectively and individually) do a pretty good job of laying out the group’s atmospherically-charged vision.

Eponymous opener “Roots Entwined” builds from a calm, almost Anathema-esque introduction into a sombre march of moody, textured guitar work which, in turn, transitions into a visceral whirl of driving distortion and snarling vocals (not to mention some poignant melodic lead guitar work) which recalls early Agalloch in both tone and timbre.

“Anhedonia” nails the band’s colours to the blackened mast with an early deluge of roiling snare beats and splashy cymbals, rippling, reverb-tinged riffs, and harshly expressive vocals, before eventually finding its groove in the song’s brooding, mid-paced, mid-section. I’ll grant you, the last minute-or-so of the track feels a little superfluous, but even here it’s clear that the band are giving it their all.

Concluding with the undulating “Calling the Earth to Witness”, whose back half contains some unexpectedly doomy moments, as well as a striking, climactic solo section, Roots Entwined may not be the most original or distinctive release to hit the market this year, but there’s more than enough time for the band to develop their own sound going forwards, and this EP definitely gives them a strong foundation from which to build on. 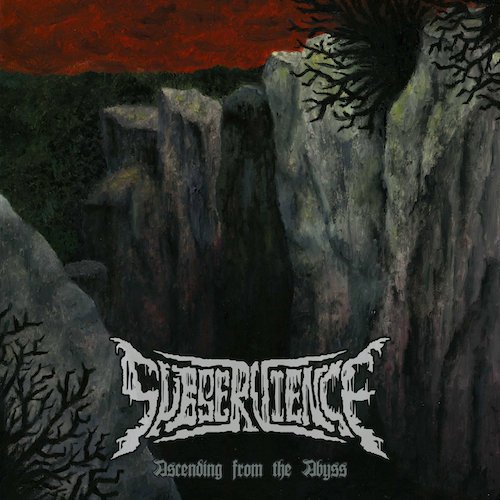 SUBSERVIENCE – ASCENDING FROM THE ABYSS

South coast death dealers Subservience have built themselves a pretty sterling reputation over the last several years, producing three (now four) EPs and one full-length album (which I reviewed personally here) of high-impact, high-yield Death Metal, and their latest release ensures that this hot streak remains unbroken, kicking in hard with the churning guitars, rampaging drums and ugly, unrelenting vocals of “Neurotic Imperfection”, which immediately demonstrates that the band are, if anything, even more intense and even more aggressive this time around.

Fittingly, “Flesh of the Dead” is another throat-ripper, its gruesomely twisted guitar work paying punishing tribute to the classic triumvirate of Floridian furies – Cannibal Corpse, Morbid Angel, Deicide – while also delivering a blend of bold, bombastic hooks and gut-wrenching, blast-driven grooves (as well as a dash of surprisingly dark melody near the end) which ensure that Subservience put their own stamp on things.

“The Deceit Epidemic” adds a touch of Bolt Thrower-esque punchiness to the proceedings, though comes across as something far more extreme and explosive in its execution, and is bound to be a real neck-wrecker live (something which I hope to confirm in person very soon), while blood-red closer “Pathogenocide” is arguably the heaviest, nastiest, track on the entire EP, and a fitting closing statement from one of the UK’s most consistently devastating (and distressingly underrated) Death Metal acts. 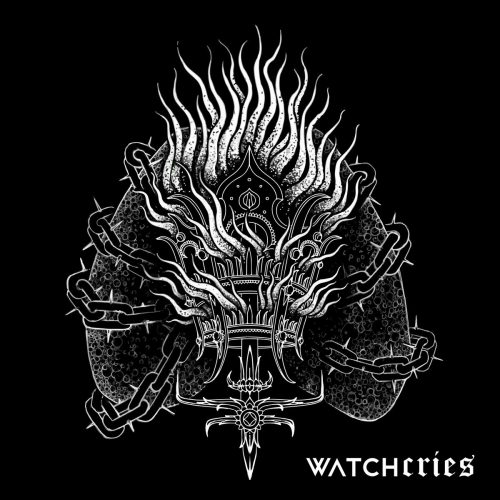 The new EP from Brighton quartet Watchcries (who we’ve featured on this site once before) provides four tracks (clocking in at just under ten minutes in total) of visceral metallic Hardcore, accented with hints of heaving Sludge and reckless grind, and what it might lack in overall length it more than makes up for in meaty girth.

Opener “Eternal Life” is 02:44 of apoplectic rage and angular momentum that consistently hits you from unexpected directions, switching its attack from flurries of spasming grindcore to slashing metallic dissonance to filthy, lurching grooves, all while vocalist Nats Spada shrieks and growls and (unexpectedly) croons like a woman who’s had all she can stand, ‘til she can’t stand no more.

It’s a heck of an opener, and thankfully “Writhing Truth” keeps this early momentum going while also freshening things up with an injection of staggeringly heavy Death Metal riffage which, when cut with just the right amount of the band’s already potent Sludge-Grind savagery, makes for one seriously brutal auditory experience that fans of the new Misery Index would do well to check out.

Unsurprisingly, the short sharp shock of “Remnants of Light” pushes the Death/Grind envelope even further, with drummer Ant Cole playing right on the edge of his seat for the song’s entire 01:30 run-time, after which the climactic “Transgressions Entwined” (the EP’s longest song) brings the whole uncompromising affair to a close in a fiery furore of chunky, chugging riffs and stark, squalling dissonance.

If you’re looking for something that doesn’t waste any time and doesn’t pull any punches, then get this into your ears pronto.

One Response to “BEST OF BRITISH 2019: ROOTS ENTWINED / SUBSERVIENCE / WATCHCRIES”