Even after the warm reception given to their 2018 self-titled demo (reviewed here), Iceland’s Vonlaus still prefer to remain anonymous, though I see that Metal-Archives has identified two of them as members of Above Aurora (whose new album we premiered and reviewed at great length here). They now have a debut album headed our way next month, and its first single is the song I’ve chosen to lead off today’s collection.

“Gegn mér” is a jolting, hammering experience, with roiling riffs, feverish leads, and absolutely wild vocals that make it harrowing as well. Even when the pace abates a bit, the sharp rhythmic jabs and grim slashing chords also prove to be unnerving, and the bleak, buzzing melody adds to the song’s disturbing atmosphere. And let me repeat — the vocals are wild, and so frighteningly devastated that they might send a few shivers down your spine.

Röð slæmra ákvarðana is the name of the album, and it will be released by Fallen Empire on September 30th. Thanks go to both Miloš and eiterorm for alerting me to this song stream.

Staying within Iceland, the next song I’ve selected is the first advance track from a new album by Auðn, their third full-length since 2014. The song, “Eldborg,” was presented last week through a video created by one of the band’s guitarists, Andri Björn Birgisson, that makes good use of the album art.

The song’s main anchor point, which hits right away, is a blaring riff coupled with bursts of high-speed drumming. Around and in between those thrilling fanfares of sound the band create a series of dense and immersive sonic tornados, accompanied by vocals that have the intensity of a blowtorch. When the band dramatically down-shift their tempo, the music becomes utterly downcast, and the beleaguered mood of the music persists even when they dial the energy up again at the finale.

The new album, Vökudraumsins Fangi, will be released by Season of Mist on October 30th. 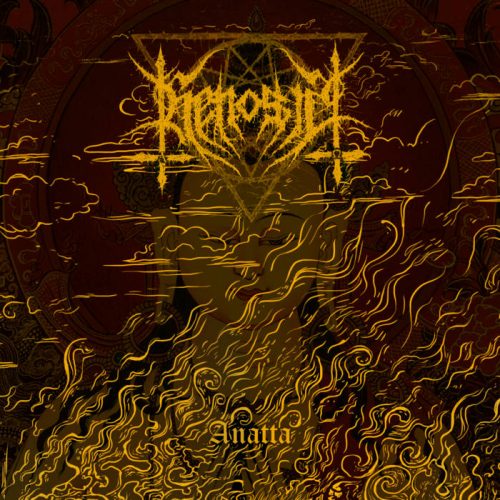 The next song, “Anatta“, is a single that was released in June, so it’s not as hot-off-the-presses as everything else in today’s column. I just discovered it due to our recent premiere of a song by Indoctrinate, another Chilean band that shares two members with Henosis. So having learned about the line-up overlap, and having enjoyed the Indoctrinate music, I decided to see what Henosis were up to, and found “Anatta“, which I think is tremendously good.

The song’s opening sequence creates a grim and threatening mood, combining cruel and increasingly berserk riffing with thunderous drumming and frighteningly ferocious vocals. Apart from its breathtaking intensity, the song also has a strong melodic core. The boiling guitar leads burn into the mind, channeling terror, despair, and a kind of frightening majesty. And frankly, the riffing and the melodies have to be as strong as they are in this song because otherwise the explosiveness of the drumming might steal the show.

The song also staggers, heaves, and pounds, deepening the mood of tragedy and hopelessness, and in that slower segment the vocals become truly shattering in their intensity. Coming out of that emotionally crushing experience the song delivers a ringing guitar solo, one that’s absolutely riveting. That solo is also sorrowful, but it elevates the music’s grandeur to spectacular heights.

Last week the Saudi Arabian band Al-Namrood released the lyric video below for a song called “Sahra Yaesa” off their album Wala’at, which was released in June by Shaytan Productions.

If you haven’t yet discovered the sonic sorcery of Al-Namrood, this song and video make for a good jumping-on point. It will introduce you to the punishing heaviness of the band, the unchained ferocity and crazed fervor of their vocals, and the melodic influence of their homeland, which gives their songs an air of the exotic to these Western ears. You’ll also discover through this song that their music often seems to unfold on a vast scale, creating a sound that’s immense and sweeping in its frightening grandeur. In a word, “Sahra Yaesa” is breathtaking. 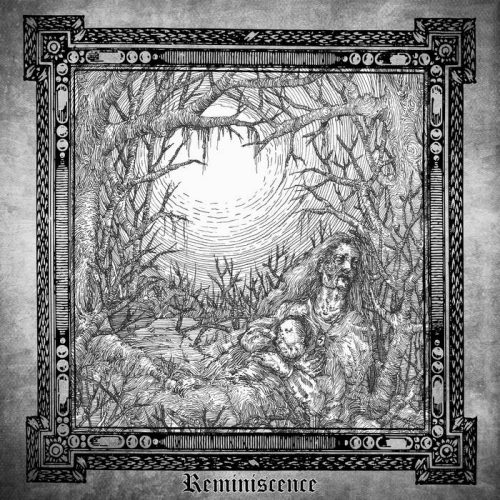 I discovered this next song thanks to a Bandcamp alert from the Archaic Sound label (because I’ve bought other releases from them in the past). I don’t remember previously encountering Eskapism (who hail from Ukraine), although Metal-Archives lists two full-lengths and a scattering of shorter works going back to 2016. The new release is a forthcoming EP named Reminiscence, and the song that’s now available on Bandcamp is the title track.

Driven by hyper-blasting drums, which occasionally become less maniacal, and undergirded by a very lively bass performance, the song sends across waves of swirling and pealing melody that create a searing atmosphere of anguish, accompanied by gripping bestial snarls. The song is also a multi-textured experience that includes bursts of flickering and darting fretwork, slashing chords, spectacular soloing, and gripping percussive dynamism, as well as soaring majesty (and spoken words).

It’s relentlessly intense — one more song today that brings the word “breathtaking” to mind — but also mentally engrossing because so many things happen along the way to the music’s heart-pounding conclusion.

Reminiscence will be released by Archaic Sound and Todesritter Production on August 24th. 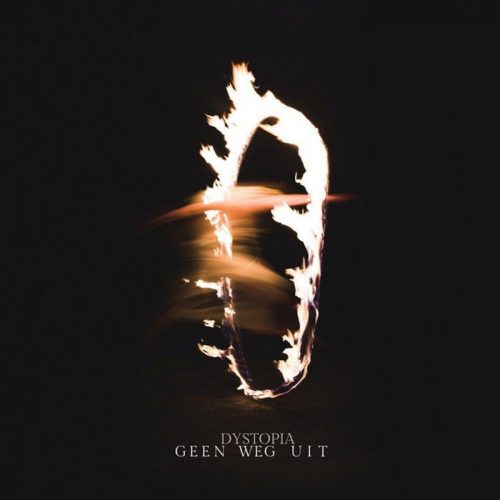 To close today’s collection I’ve chosen the first advance track from a new album by the Dutch band Dystopia. I first discovered the band after being enticed by Adam Burke‘s cover art for their 2017 debut album, Chaos Philosophorum (and wrote about that here). Their new full-length is Geen Weg Uit.

This first song, “Razernij: I“, opens the album, and it wound up leaving me pop-eyed and slack-jawed in wonder. I’m not sure how it will leave you — because that will depend heavily on what you think of brass instruments used in metal.

To be clear, the song is very, very good before the brass section make a noticeable appearance. It combines high, swirling and chiming chords, hard-rocking riffage, and physically compelling drum rhythms. It begins accelerating until it reaches a turbo-charged rush, at which point the vocalist begins stripping the skin from your face with his voice.

It’s just past the mid-point when the trombones and trumpet come in, creating a grand yet somehow funereal sound. They remain a key part of the music from that point forward, even when the drums begin hurtling again and the vocalist begins screaming with terrifying intensity (if he held anything back when recording this, I don’t know what it could have been). By my lights, this song is tremendous, and I hope you’ll agree.