Don’t worry though, a new edition, with an all-new band, is on its way. In the meantime, I thought we might as well check in with a few updates from those bands we’ve featured here in the past. END_OF_DOCUMENT_TOKEN_TO_BE_REPLACED

So there we go, after the jump there’s a tiny entry on each band from each edition of The Synn Report, with a short genre description and a re-iteration of the “Recommended for fans of:” section. Which ones did you miss? Which ones should you give another shot to? Click each one to be linked to the appropriate article, where you’ll find the full write-ups and sample songs from each release! END_OF_DOCUMENT_TOKEN_TO_BE_REPLACED 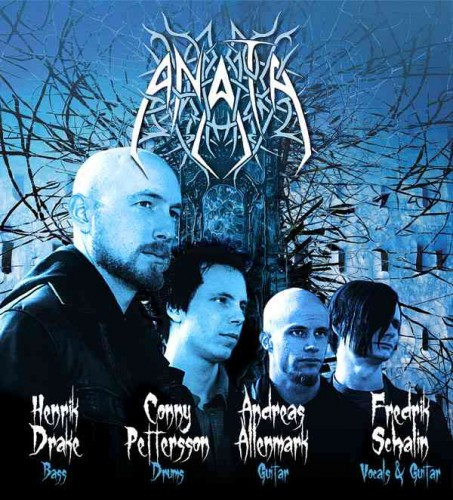 (In this latest edition of the Synn Report, Andy Synn reviews the four-album discography of an amazing technical death metal band from Sweden — Anata.)

I told you I wanted to break up the more black metal-y trend of the column, didn’t I? Well feast your eyes, ears, and whatever other senses you feel inclined to use, on the blistering technical death metal of Anata!

Hailing from Varberg, Sweden, the band (currently a three-piece, but historically performing and recording as a quartet) have produced four albums since the release of their debut in 1998, each one getting steadily more complex and refined, more intense and blistering, as the years have unfolded, striving to achieve a perfect balance between progressive complexity, technical wizardry, and shocking brutality.

With tech-death, what primarily differentiates the bands from each other is the roots they draw from. Obscura draw more obviously from Morbid Angel/Death than many others. Gorod owe a large debt to Cynic/Atheist. Beneath The Massacre pull mostly from the Cryptopsy/Dying Fetus school. What I hear most strongly from Anata, though, is the undercurrent of early Nile/Decapitated that runs through a lot of their material (particularly on the first two records) – the sort of blistering, sand-blasting technicality that focusses more on harsh tempo shifts and syncopated discordance over unerring blasting or whirlwind fretwork.

Granted, there’s more than a hint of Suffocation to their sound as well, coupled with a hefty dose of capital-M morbid melody, but the group’s delivery is less about extroverted extremity and more focussed on expressing their introverted neuroses and contradictions. Indeed, this sets them another step apart from the more extreme of their technical brethren, as the difficulty and complexity of Anata’s songs comes from more than just outrageous technicality or brutality, but also from the off-kilter, unsettling arrangements and unquantifiable methods the band employ! END_OF_DOCUMENT_TOKEN_TO_BE_REPLACED 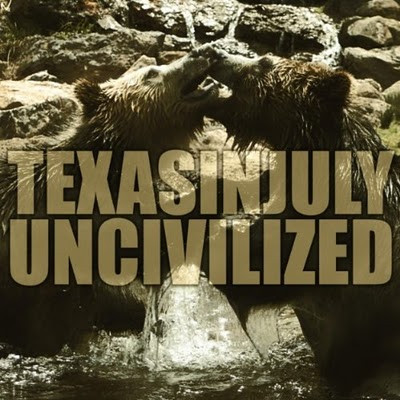 Smorgasbord is originally a Swedish word that has entered the English language with gusto. As all you metalhead carnivores (and herbivores) undoubtedly know, it means a big spread of different varieties of food laid out buffet-style on a groaning table. Here at the NCS Island, for our smorgasbord, we generally lay out a spread of pizza, followed by yesterday’s pizza (now appetizingly at room temperature), followed by last week’s chips, followed by cat food (for the cat, of course, but only if he’s fast).

As delectable as we know that sounds, we don’t have enough of it to go around. So instead, we’re serving up a smorgasbord of music today. A little bit of this, a little bit of that — Texas In July, We Are Building Ruins, and Anata —  and before you know it, you’ll be pleasantly full.

We first wrote about this young collective from Lancaster, PA, back in December (at this location). Their debut album, I Am, displayed songwriting talent well beyond their years, accomplished musicianship, and a powerful one-two punch of honest, blast-furnace brutality married to massively infectious melodic hooks. And now, Texas In July has made available some kick-ass new music.

(lots more after the jump . . . WARNING: there’s a little music player embedded on the jump page that seems to have a mind of its own and will start playing unless you pause it) END_OF_DOCUMENT_TOKEN_TO_BE_REPLACED