You’d think the mighty Behemoth would have done a live video before now, but this new one for “Ora Pro Nobis Lucifer” off The Satanist turns out to be their first ever. The video, which was filmed by Grupa 13, is really, really well done. Of course, the song is a blasphemous killer. END_OF_DOCUMENT_TOKEN_TO_BE_REPLACED 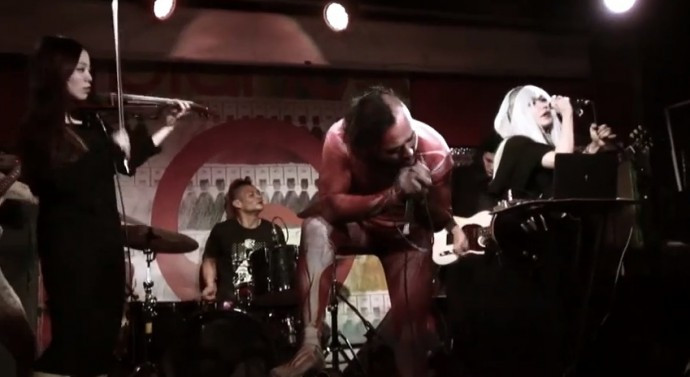 The performance was filmed at a New York City venue named Pianos on March 9, 2014, by the incomparable (((unartig))). (((unartig))) undoubtedly had his hands full trying to capture everything at this show, what with 8 people on stage and one of them frequently getting down on the floor (and writhing around on it). The performance is incredibly strange and unpredictable — unique, even — and I’m confident it will not be most peoples’ cup of tea, but it includes some rich rewards. END_OF_DOCUMENT_TOKEN_TO_BE_REPLACED