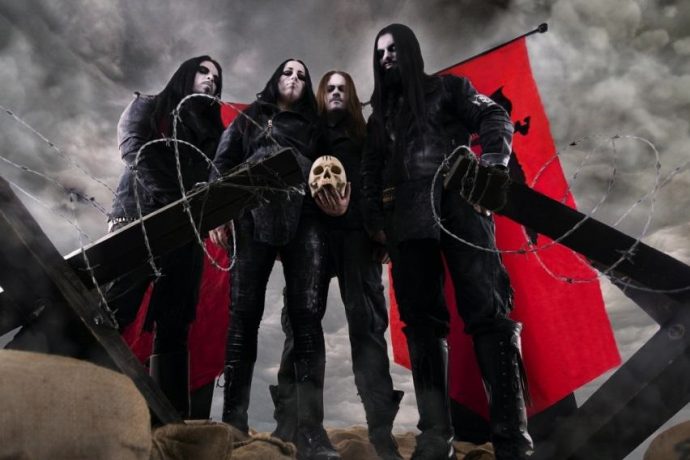 We didn’t have an actual music post yesterday, so I’ve doubled up on this Sunday’s Shades of Black installment. In Part 1 I’ve selected three new songs, the first of which comes with a video, plus a full stream of a new demo. I’ll post Part 2 later today after I’ve finished writing it, barring a meteor strike on my house or an armed insurrection in the loris compound.

The British black metal band Eastern Front released their third album Empire (via Cacophonous Records) two days ago. Since their last album, 2014’s Descent Into Genocide, they’ve had a change of vocalists, with frontwoman Marder replacing frontman Nagant. On the official release date, the band also debuted a video for the third track on Empire, “The Fire Consumes“. END_OF_DOCUMENT_TOKEN_TO_BE_REPLACED

(This is the first of a two-part article prepared by our Russian friend Comrade Aleks.)

We are used to horror lyrics in metal and especially in extreme metal music. Different reasons push different bands to write about it, and I’ll let someone else write about that who knows this topic better than I do. Today I have for you a compilation of tracks dedicated to World War II, mostly to the Eastern Front. 70 years ago the War ended, and today there is still a lot of discussion born in Russia, the East, the EU, and the USA about how it truly was, and how it could have turned due to some specific circumstances. I will not tell you my point of view — but just provide brief historical excursions, music, and sometimes the comments of death, black, and doom bands about it.

Here you will find exclusive detailed comments from Martin van Drunen of Hail of Bullets and some stories by participants in Skyclad, Altar of Oblivion, Mental Home, Eastern Front, Dark Lunacy, and Sodom.

Why the Eastern Front? Because a damned lot of things happened here, sooth to say. My grandfather was recruited in January 1943. He was 17 years old, and German aviation had bombed his village near Leningrad / Saint-Petersburg. He took part in breaking the Leningrad siege and in a Finnish company where he was wounded. The War touched nearly every family here, and we must remember. I’m thankful for all these bands who remind us about it. END_OF_DOCUMENT_TOKEN_TO_BE_REPLACED

Yesterday I posted three videos that I liked despite the fact that they weren’t exactly in our wheelhouse or down the middle of the NCS fairway or [insert other sports cliches]. For those of you who might have wanted something mo metal, I have the following three videos that appeared since I wrote that earlier post.

The first video is for the song “Wetiko” from the album Cannibal by North Carolina’s Wretched. DGR praised the album in his review for us earlier in June.

The well-made video (directed by Eric Richter) focuses on the band performing (as well as some self-satisfied assholes behind a pulpit). It effectively combines slo-mo footage with seizure-inducing bursts of speed. Also, frontman Adam Cody looks really, really pissed-off. Also, lots of skulls.

The music, of course, is a blast of manic intensity. Catch it next. END_OF_DOCUMENT_TOKEN_TO_BE_REPLACED

I’m including a stream of the song in two different players. The album will be available for order on CD at the Xtreem Music site. Based on past experience, I’m guessing Xtreem will eventually put the album on their Bandcamp page (here) as well. END_OF_DOCUMENT_TOKEN_TO_BE_REPLACED 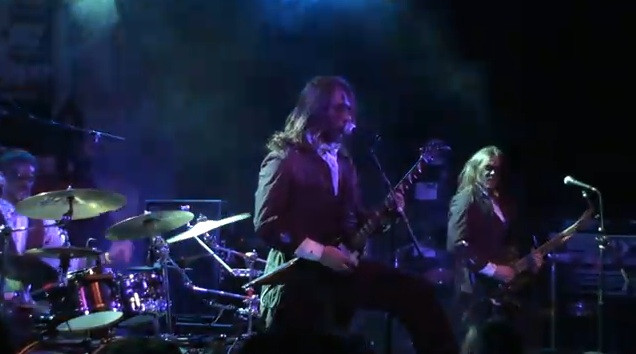 We seem to be stuck on triads. On each of the last two days, we featured the music of three bands. This being the third day, it appealed to our rudimentary desire for symmetry to feature three more. A triad of triads. Today, we’ve got a fairly new video of Fleshgod Apocalypse (Italy), a song from the recent U.S. label debut of Eastern Front (UK), and a not-new video of a not-new song from a not-new band — but one we finally decided to check out — Taake (Norway). Let’s get right to it:

Don’t know how I missed this.  On February 21, a video appeared on YouTube of Fleshgod Apocalypse performing live at The Bonecrusher Fest 2011 in Utrecht, Holland, the night before. If there were such a thing as an official NCS “mascot”, this band would be it. We’ve probably dropped their names in posts and comments more than any other band.

We fantasize about offering them vast sums of money to come live in Seattle and be our official house band, y’know, after one of those stupendous offers of cash from Nigeria or Ghana or Mali or Hong Kong materializes — which we know will happen if we’re patient and continue to lead a clean, godly life and do good works for those less fortunate than ourselves. Can I get a big “Amen!”?

Well, I can tell that ain’t gonna fuckin work with this crowd, so let’s just go back to FA.  (after the jump . . .) END_OF_DOCUMENT_TOKEN_TO_BE_REPLACED